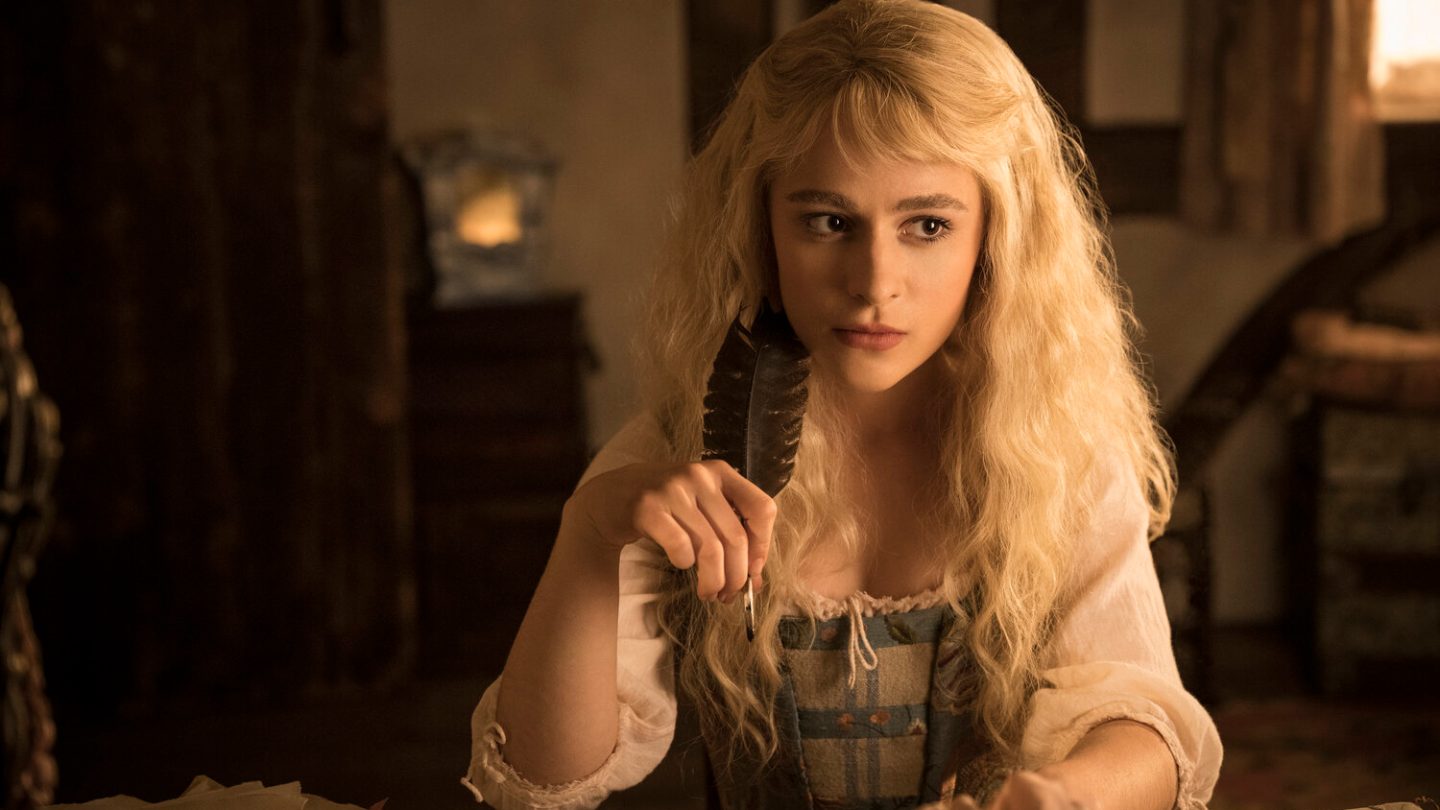 Less than a month from now, consumers will have started to fork over money to Netflix for the privilege of streaming both its library content and fresh Netflix releases on a newly launched ad-supported subscription tier. For such a thing to be a success will, of course, depend in large part on the streaming giant being able to maintain a consistent level of quality with the ongoing slate of new shows and movies that it cranks out from one week to the next.

And while we’ll have to wait and see what the response to the ad tier will be, on the latter score we can at least continue to grade Netflix via the new pile of content that’s coming to the streamer right now. Below, as part of our ongoing curated snapshot of some of the most interesting new Netflix releases that we think people will be spending most of their time streaming next week, we’ll take a closer look at some of the new titles that you’ll definitely want to put on your watch list.

The School for Good and Evil

We’ll kick things off with The School for Good and Evil, a fantasy movie starring Sophia Anne Caruso, Sofia Wylie, and Charlize Theron, among others. Based on the internationally best-selling series of books by Soman Chainani, this film — about a magical school for future heroes and villains — is in select theaters in the US now and will arrive on the streamer on October 19.

“In the village of Gavaldon, two misfits and best friends, Sophie (Sophia Anne Caruso) and Agatha (Sofia Wylie), share the unlikeliest of bonds. Sophie, a golden-haired seamstress, dreams of escaping her dreary life to become a princess, while Agatha, with her grim aesthetic and offbeat mother, has the makings of a real witch. One night under a blood red moon, a powerful force sweeps them away to the School for Good and Evil — where the true stories behind every great fairy tale begin.”

Also coming on October 19, meanwhile, is a new season of a Netflix reality series that’s always felt  — sorry folks — a little more cringey than most.

That’s right: It’s time once again to return to Love is Blind, which is coming back for a third season that will make another valiant effort to show whether it’s indeed possible for two people to legitimately fall in love even before first sight.

Clear your calendar: it’s time to take a chance on love again! Love is Blind returns for Season 3 on October 19th. 💕 And don’t forget: After the Altar Season 2 arrives THIS FRIDAY! pic.twitter.com/mSkLcbeZYd

As Netflix explains, “Singles who want to be loved for who they are, rather than what they look like, have signed up for a less conventional approach to modern dating in Dallas where they hope to meet the person they want to spend the rest of their lives with.” The catch? They’ll do so, without ever seeing the person, at least at first. Only after the love connection is made do the participants lay eyes on each other for the first time.

The hosts here are Nick and Vanessa Lachey, the episodes are 12 in number, and the absurdity is, of course, very much in abundance.

Unsolved Mysteries (Volume 3): The most recent season of this true-crime Netflix release grappled with everything from ghost sightings after a tsunami in Japan to the death of a former White House aide. About the forthcoming season, Netflix describes it thus: “Real cases of perplexing disappearances, shocking murders, and paranormal encounters fuel this gripping revival of the iconic documentary series.” Release date: October 18.

Take 1: I’ll admit it, the trailer for this new Netflix release kind of took my breath away. Then again, I’m addicted to all of the Korean-language content on the platform, so it was probably to be expected. The principle here, for Netflix’s first Korean music show, is simple: Give renowned musicians the chance and a platform to stage a big-budget, pull-out-all-the-stops performance of a lifetime.

whether you listen to AKMU or not, i truly whole heartedly recommend you to watch their episode on netflix's "take 1". you will grow much more appreciative of what it takes to make a grand musical performance.

Established Korean artists are essentially asked: If you could only sing one more song before you die, what would it be? In Take 1, the artists all carpe the diem and give their audience a performance for the ages (oh yeah, one more thing — they have to do it in just a single take). Now streaming.

Somebody Feed Phil: Take away the cerebral, erudite, punk rock philosopher aesthetic of Anthony Bourdain’s No Reservations, and you might have something approximating Somebody Feed Phil. In this series, the titular Phil is Everybody Loves Raymond creator Phil Rosenthal, who travels around the world to enjoy the local cuisine everywhere from Mexico City to Lisbon, Bangkok, and more. Release date: Season 6 coming on October 18.

28 Days Haunted: In this Netflix reality series, three teams spend 28 days in haunted locations around America for what the streamer says is “a paranormal experiment based on the theories of Ed and Lorraine Warren.” Release date: October 21.

Finally, I’ve been perhaps overly harsh regarding many of the Netflix movies released over the course of this year (although, with tripe like Me Time and Day Shift in the mix, can you blame me?).

On October 19, however, the streamer is set to release The Stranger, a moody, Hitchcockian thriller that might just cover a multitude of those cinematic sins. Produced by See-Saw Films, Anonymous Content, and Blue Tongue Films, the movie stars Joel Edgerton and Sean Harris as two strangers who are chatting with each other on a long journey. One of them is the suspect in an unsolved missing person case.

I bet you can’t guess who the other one is. If you said that he’s the undercover operative on the suspect’s trail, give yourself a round of applause.

“The ‘Stranger’ of the title could stand for the person responsible for this crime, the victim, those affected by their loss, or the central character in the film — whose name we never learn,” writer/director Thomas M. Wright said in an interview included with Netflix’s press material for the movie. “Or it could stand for the nameless individuals who, in the end, resolve the film.”

A tightly-wound plot with an uneasy tension at the heart of a bare-bones narrative — no question, this is definitely the kind of movie I want to see more of on Netflix.