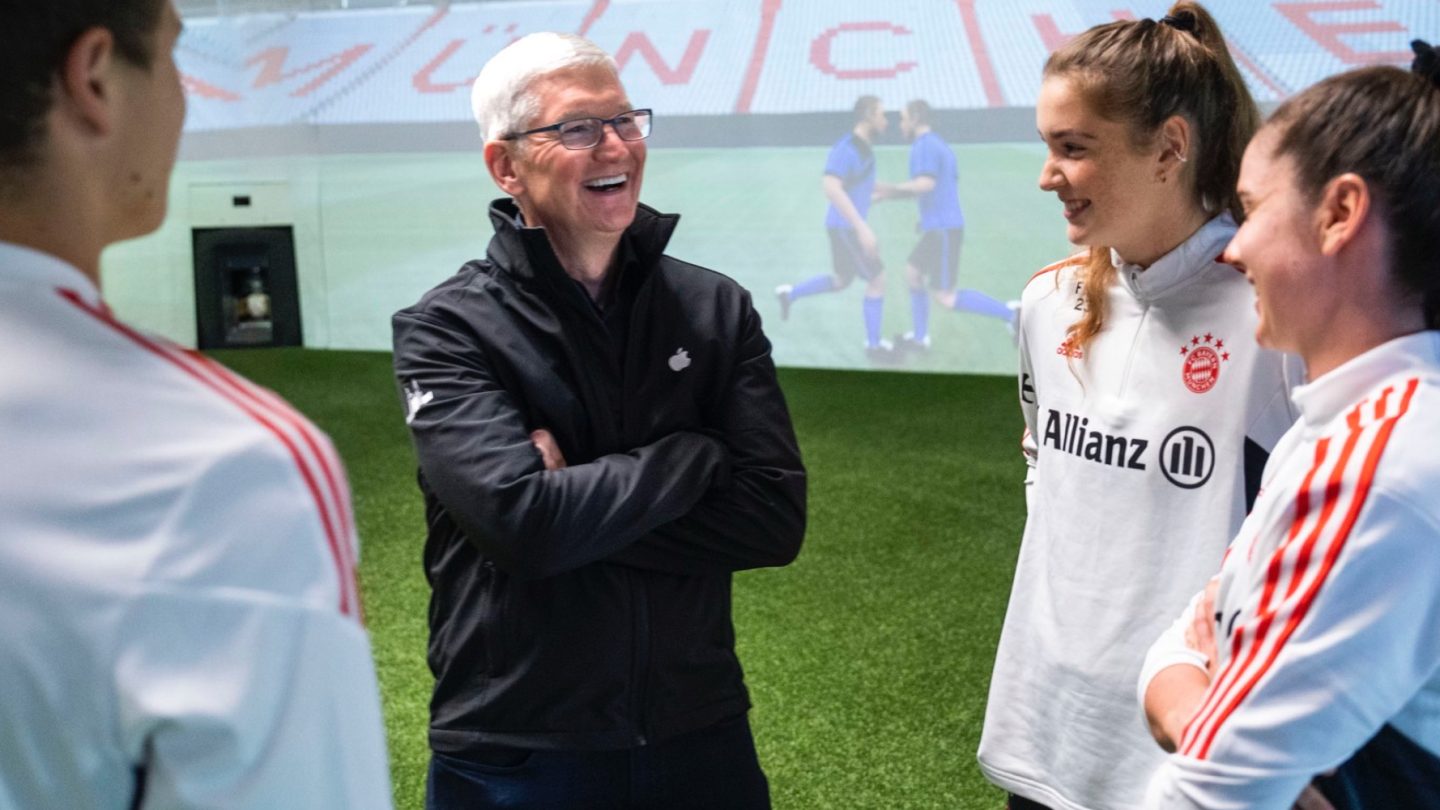 Apple CEO Tim Cook has been traveling through Europe over this past week. After unveiling the iPhone 14 series during the company’s “Far Out” event in early September, Apple’s chief executive was seen in several European countries visiting the company’s stores, meeting young developers, giving interviews, photographing with Apple TV+ actors, and more. Now, he has been reportedly met the smartphone critic Pope Francis in a private audience this Monday.

As reported by Reuters, Tim Cook was granted a private audience with Pope Francis. The Vatican didn’t disclose what was discussed during the private conversation, and so far Apple’s CEO hasn’t tweeted about that.

The publication talks about the “mixed relationship” the 85-year-old pope has with smartphones and “he often patiently allows people to take selfies with him” while also “regularly warned people against becoming slaves to cellphones and other forms of technology.”

“Free yourself from the addiction to mobile phones,” Pope Francis told young people in 2019. “When you become a slave to your mobile phone, you lose your freedom.”

Apart from meeting the Pope, Apple’s CEO traveled through the UK, Germany, and Italy. Here’s a roundup of Cook’s trip.

Tim Cook with Ted Lasso cast, drinking beer, getting a Master’s degree, and discussing the metaverse

In one of its biggest trips in this decade as Apple CEO, Tim Cook visited on September 26 the Apple Brompton Road and Regent Street stores in London. Met Apple’s class of female founders at the company’s Foundations program in the UK, and took a photo with the Apple TV+ award-winning cast of Ted Lasso.

Then, in Germany, Tim Cook visited the new Apple Rosenthaler Straße store in Berlin while meeting developers that are “helping people all over the world learn piano, plan a hike, or train their dog.” Alongside Eddy Cue, Apple CEO also had time to visit the traditional Oktoberfest and be spotted holding some beer and visited a lab where the company’s engineers conduct some cellular testing to ensure optimized performance and connectivity with Apple products.

In Italy, Tim Cook highlights how artists are using technology, such as the iPad Pro’s LiDAR scanner, to “create masterpieces for generations to come.” He launched Apple Developer Academy in Naples, the first in Europe, and was honored with a Master’s degree in Innovation and International Management from the University of Naples Frederico II.

While Tim Cook had all of these meetings, he also provided a few interviews. One of them was for Bright. For the Dutch outlet, Apple’s CEO talked about the metaverse, and his belief that the average person likely doesn’t even know “what the metaverse is.”

On the other hand, he believes Augmented Reality technology has room to “go much, much further.” He stated:

“AR apps are already in the App Store, but the possibilities will go much, much further,” Cook told Bright. “I think AR is a profound technology that will affect everything. Imagine suddenly being able to teach with AR and demonstrate things that way. Or medically, and so on. Like I said, we are really going to look back and think about how we once lived without AR.”

As Tim Cook follows his trip through Europe visiting Apple Stores, meeting new people, and giving interviews, BGR will make sure to keep reporting the most important parts of this journey.