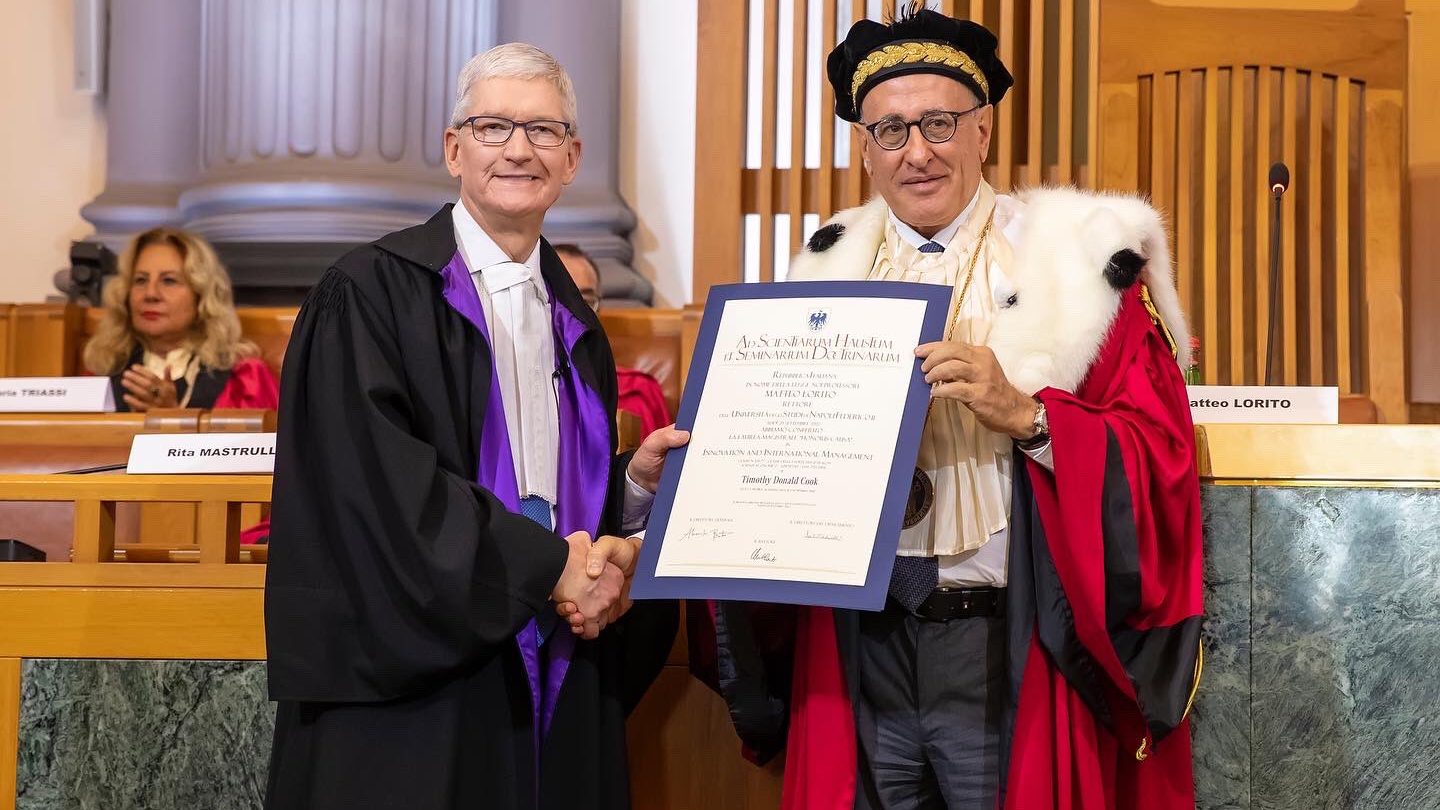 Have you ever dreamed about working for Apple? If that’s your career-wise goal, the company’s CEO Tim Cook shared five traits the firm looks for when hiring a new employee. Head below as you discover whether you could be a perfect fit for the company or should practice a bit more.

While Tim Cook tours Europe, he got an honorary degree in innovation and international management at the University of Naples Frederico II, in Italy. Speaking with students, he shared five traits Apple looks for when searching for a new employee.

According to Fortune, this is what Apple is looking for:

Change the world: Cook says Apple has a group of people that “really want to change the world” and “enrich people’s lives” to “leave the world better than they found it. According to the CEO, “that kind of feeling that drives people to do their best work and I’ve seen it happen again and again.”

Collaboration: Collaborating with colleagues is another major point for those seeking to work at Apple. “We believe that strong individual contributors are really key, but two strong individuals that work together can do amazing work, and small teams can do incredible things.” Having different viewpoints also help ideas blossom, according to Cook.

Creativity: “Think different” is one of Apple’s most iconic slogans, first introduced in 1997. Almost 30 years later, it’s still the core of the company. In his speech, Cook said that “we look for people that think differently, that can look at a problem and not be caught up in dogman of how that problem has always been viewed.”

Curiosity: Another trait Apple looks for when trying to find a new employee is their curiosity about things. “It’s a cliché, but there are no dumb questions,” Tim Cook said. “It’s amazing when somebody starts to ask questions as a kid would, how it puts pressure on the person to think through the answers really deeply.”

Last but not least, Expertise is another trait important for Apple. “If we’re doing something in industrial design, we need somebody that knows industrial design and has a skill set in it either from their college days or through their work days,” Cook said.

Do you have what it takes to be an Apple employee?

According to Apple’s CEO Tim Cook, he looks for future employees that want to change the world, know how to work with other people, be creative, very curious, and have expertise in a field.

While Cook addressed these traits by talking about Apple, we can surely say this is something every company looks for when hiring someone new.