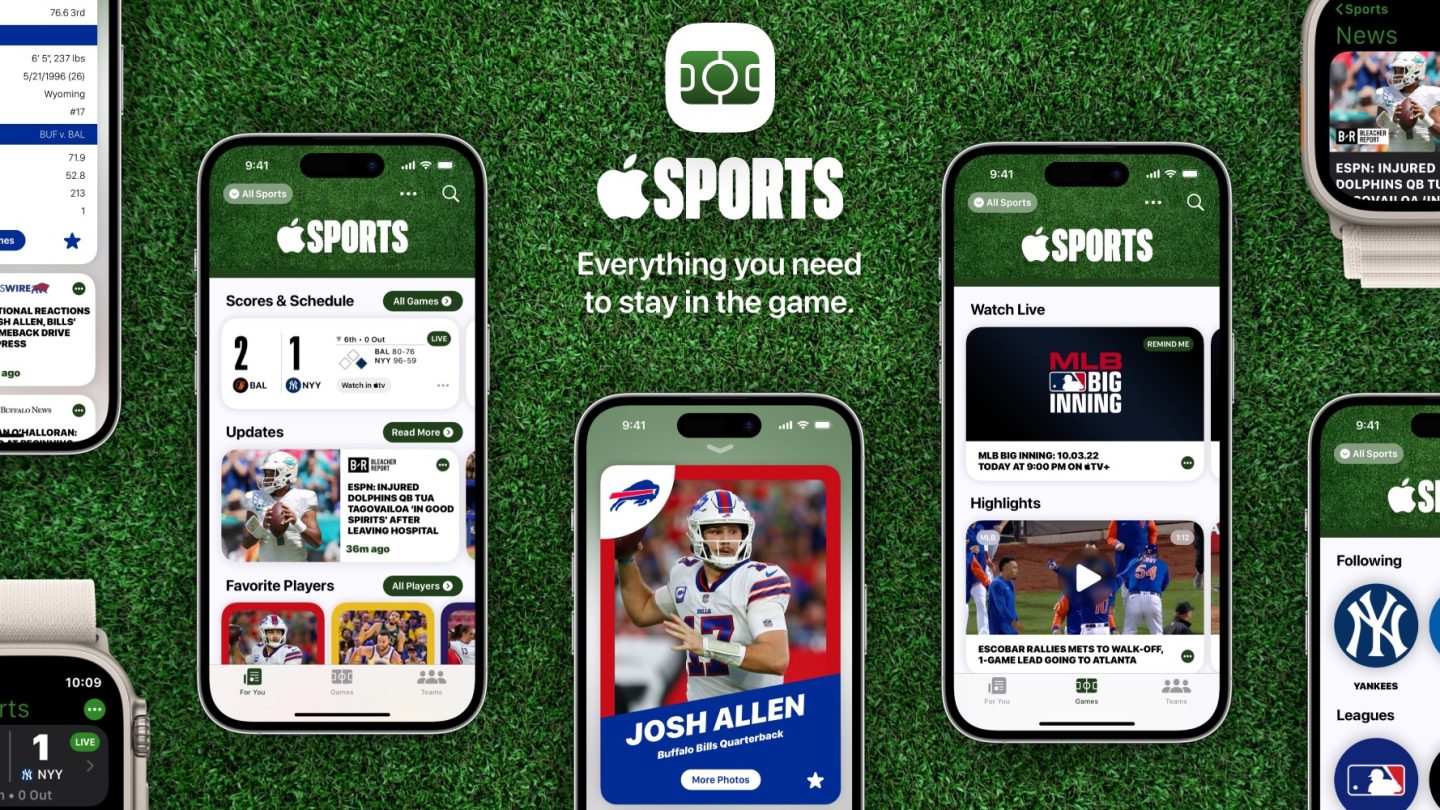 Apple is focusing a lot on sports, especially in 2022. After announcing a major partnership with MLB to stream Friday Night Baseball games, the company also partnered with Major League Soccer to present all MLS matches around the world for 10 years, beginning in 2023. In addition to that, Apple Music is the new sponsor for the Super Bowl Halftime Show and Apple is said to be the most likely winner’ of the $3 billion NFL deal. With all that in mind, a concept imagines what an Apple Sports app would look like.

Graphic designer Parker Ortolani posted his concept on Twitter. Ortolani is known for his concepts regarding Apple’s ecosystem. According to him, with the Apple Sports app, you would get “the latest news, keep up with scores in real-time, watch games, see highlights, follow your favorite teams, players, and leagues.” Alongside Apple’s own content, this app could be powered by ESPN and other partners.

His concept is based on three pillars:

Ortolani’s idea is very similar to what Apple already offers with the TV app. The company was able to create a hub of TV shows, movies, and more combining the iTunes experience, the Apple TV Plus content, and Channels that users can subscribe to. But with this increased focus on sports, it could make sense whether Apple unveils a standalone app or a new tab on the TV app, which could also offer Apple News+ integration.

The designer also thinks Player Cards and the ability to Scroll For Stats could be great additions. With the first feature, users could check the details of any athlete “with gorgeous player cards that include photos, stats, and the latest news.” The Apple Sports app would pull the “latest and most accurate information right from ESPN and display the information beautifully.”

You can take a look at Ortolani’s full concept below.