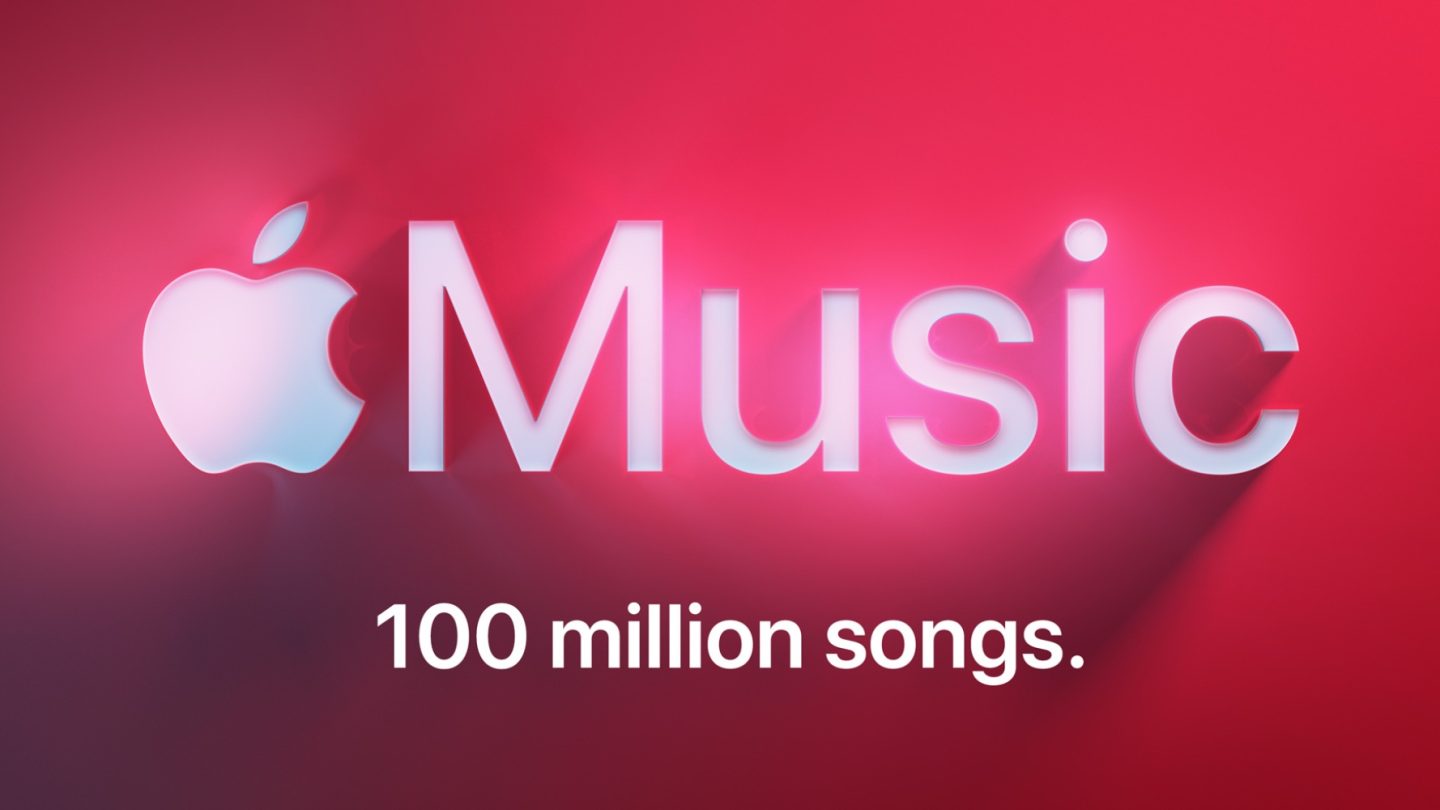 Apple just announced it has hit the 100 million songs mark in its Apple Music catalog. With that, the company is looking back at 21 years of the invention of iTunes, which could feature up to 1,000 songs in people’s pockets, and now users can have 100,000x that on Apple Music.

In a press release, Apple says it has more music than any other platform and that this is “more music than you can listen to in a lifetime or several lifetimes.”

One hundred million songs — it’s a number that will continue to grow and exponentially multiply. But it’s more than just a number, representing something much more significant — the tectonic shift in the business of music making and distribution over these past two decades.

Apple Music first debuted in 2015. With an ever-growing catalog, last year the company introduced a library that added Lossless and Dolby Atmos with Spatial Audio songs. In the final six months of 2021, the company was able to make almost all of its catalog available in Lossless, making Apple Music the home for high-fidelity audio fans.

To mark this achievement, the streaming service’s global head of editorial Rachel Newman talks about what this number means for the company. She writes:

Back in the 1960s, only 5,000 new albums were released each year. Today, anywhere in the world, in 167 countries and regions on Apple Music, any artist of any description can write and record a song and release it globally. Every day, over 20,000 singers and songwriters are delivering new songs to Apple Music — songs that make our catalog even better than it was the day before. One hundred million songs is evidence of a more democratic space, where anyone, even a new artist making music out of their bedroom, can have the next big hit.

What’s next for Apple Music?

While featuring 100 million songs in its catalog is a remarkable achievement, there are even more recently announced and also coming in the future for the streaming service.

With iOS 16, you can now favorite artists in the streaming service to get new music notifications and improved recommendations. You can also sort playlists by title, artist, album, release date, or playlist order. You can read more about the best iOS 16 features here.

In the future, the company is planning to release Apple Music Classical, a new streaming service focused on Classical songs. In 2021, the company bought Primephonic and it plans to release this new service later this year.