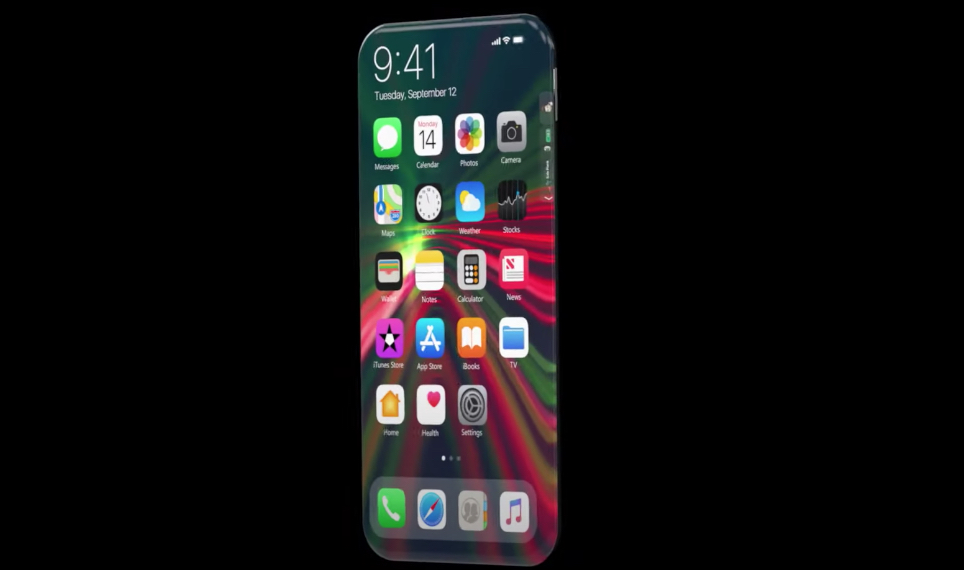 One of the more intriguing iPhone 13 features to look forward to is that the device will boast a significantly smaller notch than its predecessor. Specifically, the width of the new notch will measure in at about 26.88mm compared to 34.83mm on last year’s iPhone 12. Interestingly enough, there have also been rumblings in recent months which point to Apple’s efforts to eliminate the notch entirely over the next few years. To this point, we’ve seen a few Apple patents which detail display technology capable of housing built-in Face ID and Touch ID sensors.

A few weeks ago, the ConceptsiPhone YouTube channel uploaded a video depicting what a notchless iPhone would look like. Suffice it to say, the end result is incredibly sleek and futuristic. The concept video goes one further and demonstrates what an iPhone with a full wrap-around display might bring. As the video below shows, imagine being able to adjust the volume of your device via a slider on the side.

Now granted, some of the features in this concept video are either unrealistic or something Apple isn’t keen on pursuing. Still, given that Apple’s research into an iPhone without a notch remains ongoing, the video perhaps provides us with a glimpse at the iPhone of the future.

An iPhone without a notch, should it ever become a reality, is still a few years away. In the meantime, all eyes are now laser-focused on the forthcoming iPhone 13. One of the more notable iPhone 13 features is the inclusion of a 120Hz ProMotion display. This will allow for more fluid scrolling and improved responsiveness. The feature, as with most new iPhone features, will be exclusive to the Pro models at first.

There are also reports that the iPhone 13 will feature an Always-On display that will always show the time, battery icon, and incoming notifications.

The iPhone notch aside, we can expect to see the iPhone 13 deliver better camera performance in low-light settings and Portrait mode support for video recording. And while there are rumors that the iPhone 13 might feature a periscope telephoto lens, it’s more likely that will arrive with the iPhone 14 or iPhone 15.

A recent report from Bloomberg sheds additional light on some new filter features coming to the iPhone 13 lineup:

Another feature will let users better control the look of colors and highlights in their pictures. Users will be able to choose from several styles to apply to their photos, including one for showing colors at either a warmer or cooler temperature while keeping whites neutral.

The feature will differ from standard filters, available in the iPhone’s Camera app since 2013, by precisely applying changes to objects and people across the photos using artificial intelligence, rather than applying a single filter across the entire picture.

Apple this year is expected to launch four iPhone 13 models, similar to last year. Presumably, all new iPhone models will boast a smaller notch. Notably, 2021 will likely be the end of the iPhone Mini line. The device has not been selling well since it launched, with Apple scaling back production significantly in recent months.

Apple is expected to launch all four iPhone 13 models in September. This is in stark contrast to previous years when some models were subject to delays. Last year, for example, some iPhone 12 models didn’t launch until November due to supply constraints caused by the coronavirus.

With the iPhone 13 launch around the corner, smaller notch and all, sales expectations are somewhat high. A recent survey, for instance, found that nearly half of all iPhone owners are interested in upgrading.