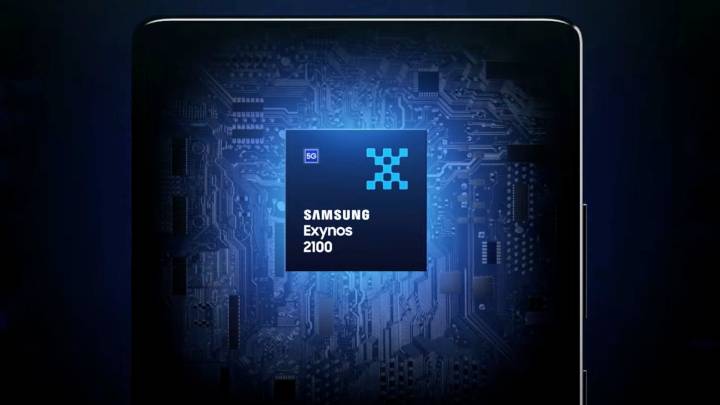 Samsung, Qualcomm, and even Google are the kind of companies that could create M1 equivalents, we explained at the time, considering the recent rumors in the industry. It turns out that Samsung might indeed launch its first M1 SoC competitor, an Exynos-branded chip that might power both smartphones and laptops as soon as this year.

Earlier this week, a leak indicated that Samsung might be working on new smartphones and tablets that would require active cooling. Samsung filed for an “Activate Fan Mode” trademark for smartphones and tablets that suggests the user would have the ability to turn a fan on and off. We’ve seen fans on Android gaming phones before, so Samsung wouldn’t be the first to bring this particular component to mobile devices. We speculated that Samsung might be bringing its AMD GPU to smartphones in the near future, maybe as soon as the Galaxy Z Fold 3. The Galaxy S22 series also seems like the kind of Samsung product to offer high-end performance that might need active cooling.

The Samsung Exynos processor that The Korea Economic Daily detailed in a new report sounds like the kind of SoC that might be paired with a fan. The report says that Samsung will “jump into the laptop processor market” with an Exynos chip in the second half of the year.

The premium chip will be used in notebooks and smartphones, the report says. Furthermore, The Korea Economic Daily claims that the unnamed Exynos SoC will employ a GPU developed with AMD. Samsung confirmed a few times in the past that it’s working on new GPU designs in partnership with AMD.

“The new Exynos will offer improved functions, including extraordinary computing power and battery efficiency, by utilizing a 5-nanometer processing technology,” an industry source told the site. “It’s good for both laptops and smartphones.”

The M1 is also a 5nm SoC, with Apple expected to launch an M2 variant this year. Intel just unveiled brand new processors for high-end gaming and enterprise laptops, but Intel is still using 10nm process technology for its chips.

Samsung’s Exynos chips are routinely used in flagship phones like the upcoming Galaxy Z Fold 3 and Galaxy S22. But Samsung usually employs the latest chip from Qualcomm and its own Exynos chips in these flagships. The Exynos chips are usually inferior to the newest Snapdragon. Last year’s Exynos received plenty of criticism that Samsung addressed earlier this year when unveiling a brand new SoC version, the Exynos 2100, meant to deliver performance and efficiency improvements over its predecessor.

It’s unclear whether Samsung’s M1 equivalent will be a variation of the Exynos 2100 or something entirely different. The report doesn’t mention which devices will employ the new Exynos processor, but Samsung will likely announce new smartphones and laptops to make use of its new SoC. The Fold 3 might be one of these devices, although that’s just speculation.

Qualcomm is also expected to launch its next-gen Snapdragon 8cx chip for laptops this year. Google and Samsung are working on a custom Google chip called Whitechapel, which will debut with the Pixel 6 this fall. Previous reports have said Google might use its own chips in other Pixel devices. It’s unclear whether Whitechapel and the Exynos-AMD SoC will share any features.