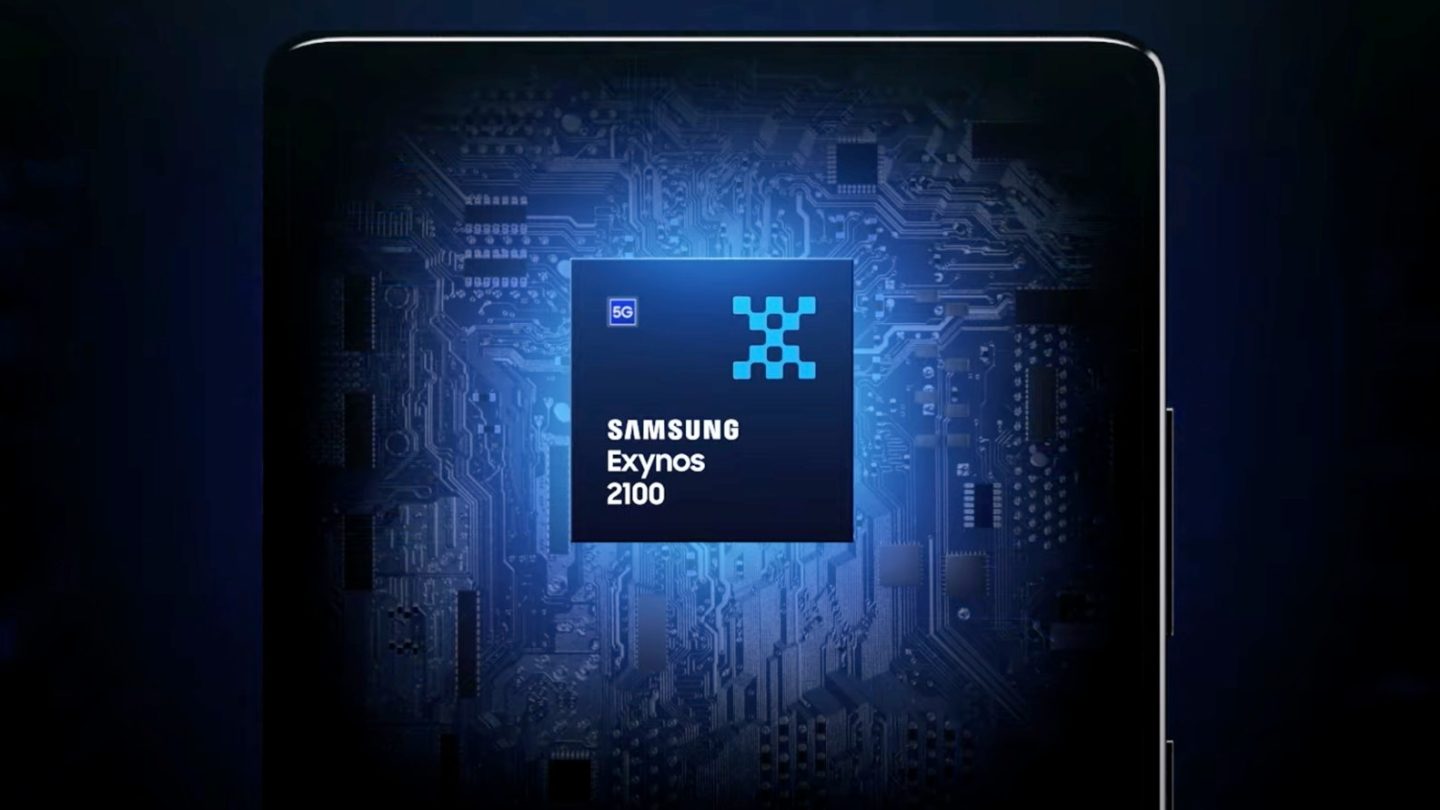 Samsung is doing things differently this year when it comes to the announcement of its latest flagship phone.  The Galaxy S21 will be unveiled on January 14th and will hit stores about a month earlier than last year, when the Galaxy S20 launched a bit earlier than expected as well. The iPhone 12, Huawei’s continued inability to compete internationally, the ongoing pandemic that hurt smartphone sales, the sky-high prices of the Galaxy S20 and Note 20 — these all might have impacted Samsung’s Galaxy S21 launch plans.

With just a few days to go until the S21 event, Samsung delivered its usual CES announcements and followed up with a press conference on Tuesday. The topic of the conference was the brand new Exynos 2100 processor, which is arguably the most important component of the S21 series.

For years, Samsung paired its own Exynos chips with the latest Qualcomm flagship platform to power the newest Galaxy S model and other flagships. For years, the iPhone beat those processors in benchmarks and real-life tests, with the Snapdragons delivering a much better performance than their corresponding Exynos versions. International Galaxy S20 buyers complained about the performance of the latest Exynos chip last year, and Samsung has been paying attention.

In a brilliant teaser that Samsung posted ahead of the January 12th Exynos 2100 event, Samsung posted some of the Exynos criticism it saw online recently. The implication was that the new chip would fix all the flaws. That’s certainly a bold take from Samsung, as the teaser suggests Samsung has fixed the problems and forces the Korean giant to deliver the kind of performance fans expect on a flagship.

The Exynos 2100 is the equivalent of the A14 Bionic in the iPhone 13 and the Qualcomm Snapdragon 888 that was announced a few weeks ago. It’s built on the new 5nm extreme ultra-violet (EUV) process that will help deliver better performance and increased efficiency.

Overall, the Exynos 2100 delivers up to 20% lower power consumption and 10% higher performance than the 7nm Exynos chips that powered last year’s Galaxies. The eight-core setup also delivers more than 30% multi-core performance improvement compared to the predecessor.

On the GPU side, Samsung used the Arm Mali-G78 card that’s supposed to deliver a performance bump of more than 40%. The Exynos 2100 also comes with a new tri-core NPU that will handle artificial intelligence and machine learning. Samsung says the NPU can perform up to 26-trillion-operations-per-second (TOPS) with twice the previous generation’s power efficiency.

The chip also features a new tech that Samsung calls multi-IP governor (AMIGO), ”which overlooks and optimizes power usages of CPU, GPU, and other processes, allowing longer use time even with intense on-screen activities.

The Exynos 2100 comes with a new camera image signal processor, which will support cameras up to 200-megapixels. That means the chip can handle up to six individual cameras and process four of them concurrently “for richer multi-camera experiences.” A software leak from a few days ago indicated that would be the case with the S21 series. The cameras will support 4K 120fps video encoding and 8K 60fps video decoding.

There’s also support for faster 5G performance, including sub-6GHz and mmWave 5G technology. The modem supports up to 5.1 Gbps speeds and 7.35 Gbps, respectively. The 4G speed can go up to a theoretical max of 3.0 Gbps.

Other specs include support for LPDDR5 RAM (51.2GB/s) and UFS 3.1 storage, which should further increase the speed of Exynos 2100-powered devices.

All that sounds great on paper. In theory, the Exynos 990 that powered the Galaxy S20 was also supposed to match its Qualcomm counterpart, but that was not the case. Real-life speed tests that will be available in the coming weeks will tell us exactly how much of a beast the Exynos really is.

The full Exynos 2100 announcement follows below: