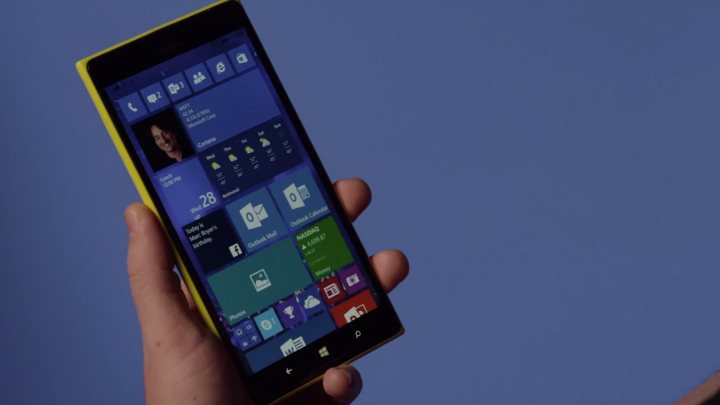 Hey, remember Windows Phone? You probably don’t and for a long time it seems like Microsoft hasn’t remembered it either. Behind the scenes, however, it looks like Microsoft has been working on new features for its mobile operating system and at least one of them is really cool. Per The Verge, Microsoft recently took the wraps off a new feature that it describes as “pre-touch sensing for mobile interaction.” Essentially, this feature can detect when your fingers are near the devices display and will automatically put up menu options for you to use.

One thing that’s particularly impressive about this feature is that it can actually detect the way you’re holding your device. So for example, if you’re holding your phone with your right hand and using your right thumb as the main way to interact with it, it will have the menu pop up on the right-hand side of the display and will give you a dial-like menu that’s easier to navigate using only your thumb. If the phone detects you’re holding the phone with both hands, meanwhile, it will give you two different menus that open up more options than if you were just holding it with one hand.

These are just some of the cool features that can be enabled by Microsoft’s new smartphone technology. Check out Microsoft’s full video demonstrating pre-touch sensing below.