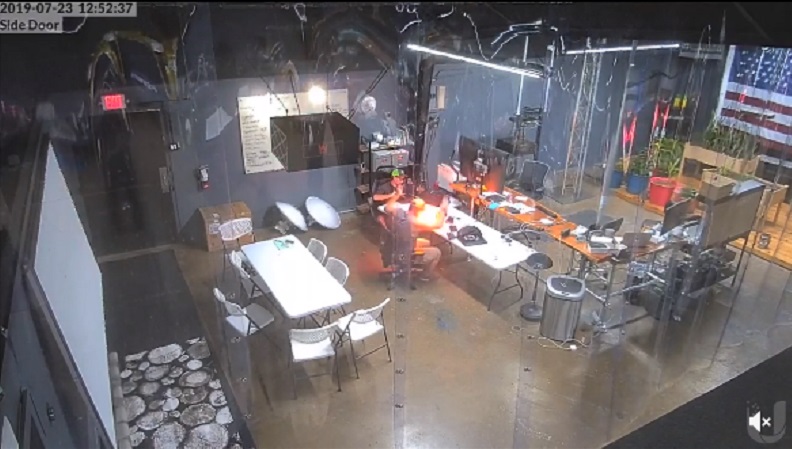 Remember when Samsung’s Galaxy Note 7 started exploding in users’ faces for seemingly no reason? Well, we recently stumbled across a video of something similar happening to an iPhone 5s. The video itself is pretty wild and if anything, it illustrates the danger associated with using a third-party battery replacement.

As detailed by the iPhone 5s owner on Reddit, the phone’s battery was previously replaced by his coworker as opposed to having an Apple technician handle it with authorized components.

“Battery had been replaced by coworker who originally owned the phone and he thinks it was faulty equipment,” the post reads in part. “Battery was swelling up when I charged it and he was taking it apart to see what was going on.”

And with the man’s co-worker tinkering away, the phone exploded and sent the guy tumbling over. Thankfully, he wasn’t injured and managed to put the fire out with relative ease.

All that said, there’s a reason every iPhone battery contains the following warning with conspicuous print: “Potential for fire or burning. Do not disassemble, puncture, crush, heat or burn. Authorized Service Provider Only.”

Indeed, given how affordable Apple makes battery replacements, it’s a wonder anyone these days would try and go it alone. The iPhone 5s owner, commenting on the matter on Reddit, certainly realized the error of his ways and advised folks not to make the same mistake he made.

It was a third party battery that was faulty so as long as you purchase your batteries from Apple or a trusted seller you should be good.

In any event, the video of the explosion can be seen below.

iPhone 5s blows up in a dudes face… from iphone