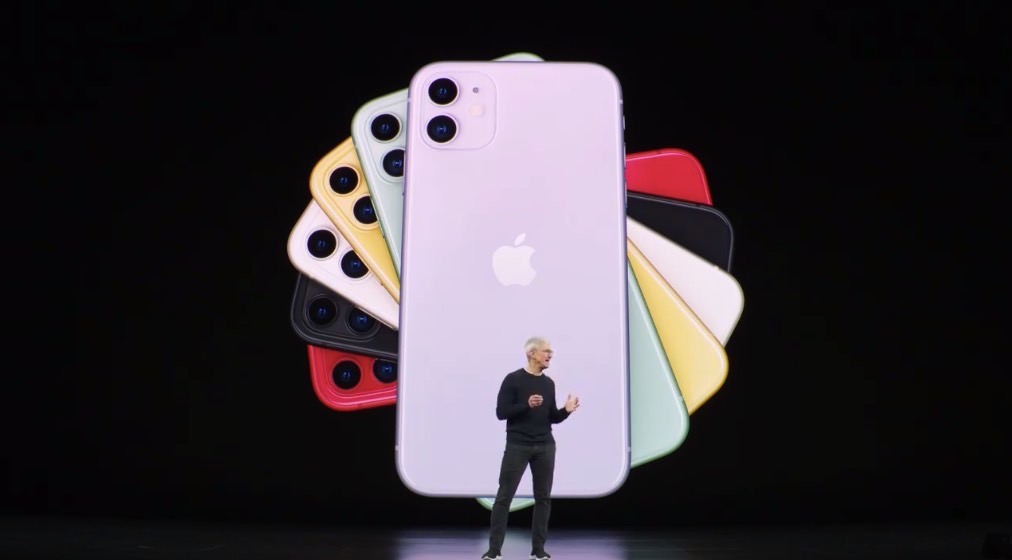 Apple’s annual fall event today, broadcast from the Steve Jobs Theater on the company’s Cupertino campus, has already been jam-packed with announcements.

As the event rolls on, the company just began what’s arguably the most important portion of today’s event — the part where Apple reveals details of the forthcoming iPhone 11 lineup. The design of the three new phones in the coming generation of the handset will certainly look familiar, while the most substantial upgrades include a new rear camera array.

First up, iPhone 11. Among other things, Apple is promising 1 hour more in battery life for the iPhone 11 compared to the iPhone XR. The $699 price tag makes the phone $50 cheaper than the XR, and iPhone 11 also sports a 6.1-inch display, along with what Apple says will be faster Face ID and a new A13 Bionic chip.

That chip makes the phone, according to Apple, the “fastest CPU and GPU ever in a smartphone.” It also includes a dual-camera setup on the back that features upgraded sensors, and the phone comes in six colors. Apple designed the iPhone 11, Apple CEO Tim Cook said by way of wrapping up this portion of today’s event, in order to “impact (customers’) lives in meaningful ways every day.”

About the iPhone 11’s camera setup, the phone introduces its dual-camera system with new Ultra Wide and Wide cameras that are integrated into iOS 13, both of those supporting 4K video with extended dynamic range. You’ll also be able to shoot detailed action videos with the Ultra Wide camera thanks to its wider field of view and large focal plane.

Availability: Pre-orders for the iPhone 11 start this Friday at 5 a.m. Pacific Time and the phone will start shipping on Sept. 20. iPhone 11 will be available in 64GB, 128GB, and 256GB models and in a range of colors — purple, green, yellow, black, white, and Product (RED).