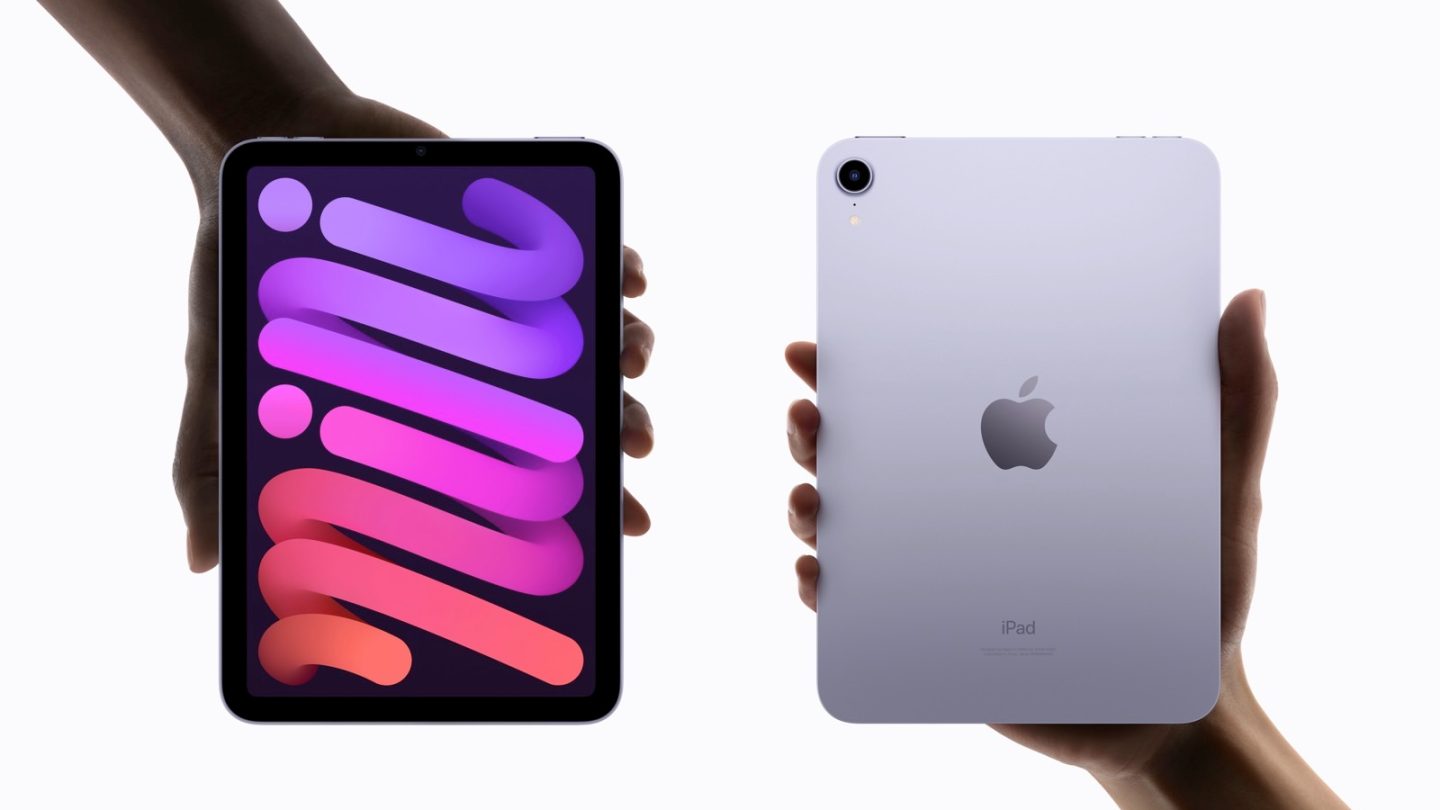 Apple served iPad appetizers before getting to the main courses of its press event last Tuesday. The iPhone 13 series is the main Apple attraction this year. But while the iPhone 13 mini, iPhone 13, iPhone 13 Pro, and iPhone 13 Pro Max were the most important devices coming out of the show, the iPad mini 6 was also an exciting revelation. Apple practically confirmed all the iPad mini rumors that a redesigned, powerful tablet was in the works. Come to think of it, Apple has over-delivered when it comes to the iPad mini. The smallest iPad in Apple’s lineup is the second-most powerful tablet after the 2021 iPad Pro.

The new iPad mini 6 rocks the same hardware as the iPhone 13 series, including the A15 Bionic version that equips the iPhone 13 Pro models. The iPad mini 6 is a large iPhone that can’t make phone calls over a cellular network. And the iPad mini 6 might give us the first taste of what a Galaxy Z Fold-style foldable iPhone might feel like.

The Wi-Fi-only iPad mini 6 costs $499, which is what you’d pay for the two-year-old 64GB iPhone 11 right now. Conversely, the new iPad mini starts at 64GB of storage, which is on par with the cheapest iPhones that Apple sells. All the iPhone 13 versions have a minimum of 128GB flash storage on board.

Unlike the iPhone 13 series, the iPad mini 6 features a USB-C connector, which many people will find handy.

Then, there are obvious disadvantages when comparing the iPad mini 6 specs to the iPhone 13. The handsets come with OLED displays, and the Pro versions support 120Hz. The iPhones also feature the better camera experience, which is hardly a surprise. The iPad mini 6 also lacks Face ID support but does offer Touch ID functionality.

This would make the iPad mini 6 a perfect iPhone. However, iPadOS lacks a Phone app that would let people place calls over a cellular network — on the Wi-Fi + 5G model, that is.

What if you fold the mini into an iPhone?

The iPad mini 6 features the same design seen on Apple’s other tablets. We have a symmetrical border running around the display, which measures 8.3-inch. The increased screen size turns the iPad mini 6 into the most appealing iPad mini version Apple made to date.
Given the many rumors that say Apple is looking to launch its foldable iPhones in the coming years and the hardware similarities between the iPad mini 6 and iPhone 13, I can’t but wonder whether Apple will use the iPad mini 6 overall sizes as a starting point for a foldable phone that looks like the Fold 3.

Samsung’s Fold handsets feature a large foldable display on the inside. For Fold 3, we’re looking at a 7.6-inch foldable display, which is almost as large as the iPad mini 6.

Similarly, Microsoft’s new Surface Duo 2 dual-screen handset features an 8.3-inch screen when unfolded. Technically, the Duo 2 isn’t a foldable handset, but there isn’t a massive gap between the displays either.

In other words, the iPad mini 6 is practically a powerful iPhone 13 Pro version that’s begging to be folded. Costs would go up if and when that happens. It’s not just the foldable parts that are more expensive. A foldable iPhone would also feature the best possible screen and camera experiences and a more compact design. These features would drive up the price.