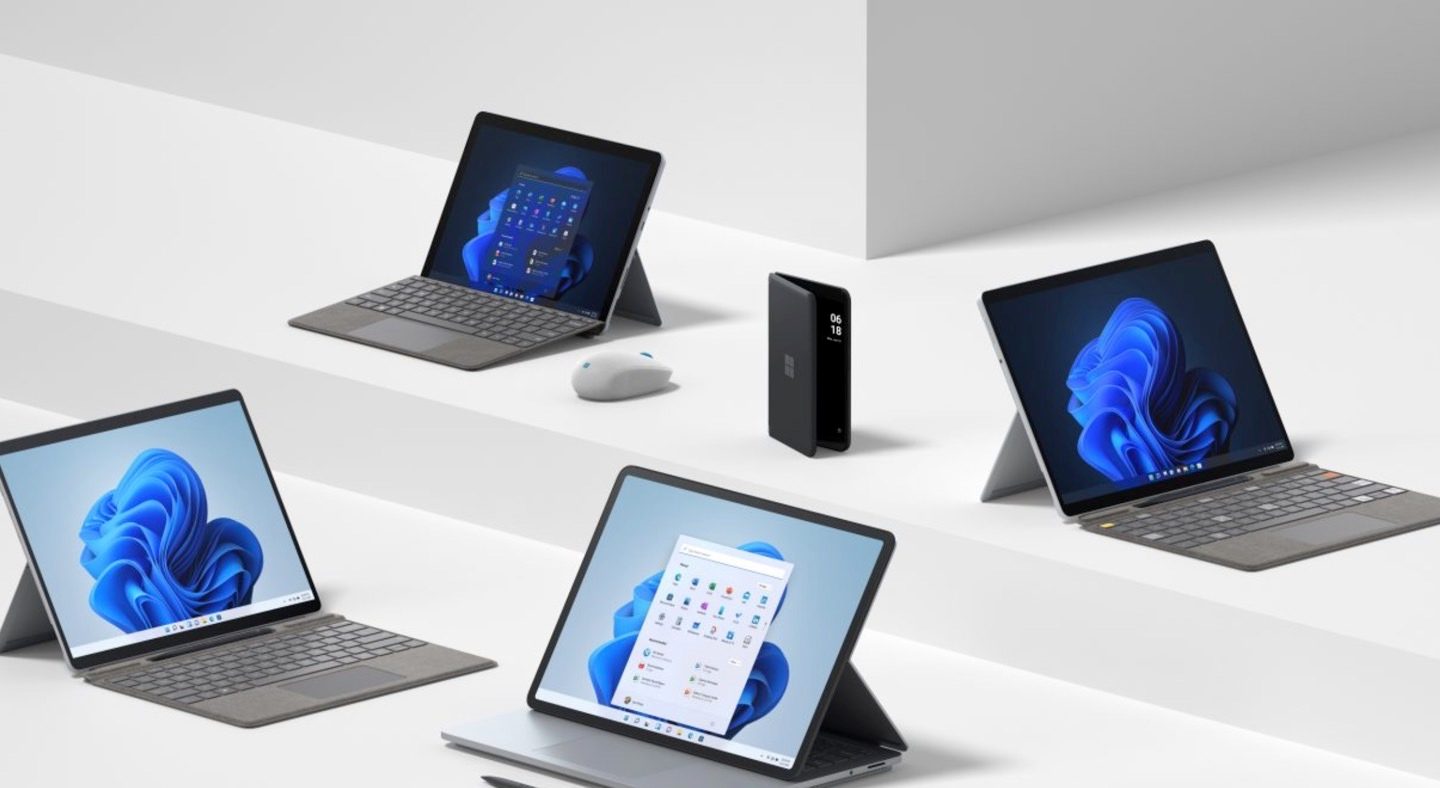 All the leaks leading to Microsoft’s big Surface event on Wednesday indicated that the company would unveil several new products in time for the Windows 11 release. Rumors said the Surface Laptop Studio would be the latest Microsoft Surface flagship, replacing the Surface Book. The Surface Pro 8 and Surface Go 3 would be brand new 2-in-1s ready to support the new operating system. Finally, a significantly upgraded Surface Duo 2 smartphone would complement these devices, offering buyers all the missing features from the first-gen dual-screen Android handset.

Microsoft delivered all of that during the press event, throwing in an extra Surface Pro X update for those who like running Windows 11 on ARM. Most of these products are available for preorder, and most of them will ship in time for the Windows 11 release, which is October 5th.

All the new Surface Windows 11 tablets/laptops have a few points in common, aside from the Windows 11 support. Microsoft used the latest 11th-gen Intel chips on the Studio Laptop and Pro 8, with the 10th-gen powering the affordable Go 3 model. They feature high-resolution PixelSense touchscreen displays, and the more expensive models come with USB-C ports, but not all of them have Thunderbolt 4 support.

Microsoft dropped the Surface Book in favor of a new design. We’re looking at a MacBook Pro-like device that features a strange-looking base. The 14.4-inch 120Hz display is where the action happens. You can use the screen in standard laptop mode, or bring it forward, just like you would with the Studio Desktop. The hinge lets you turn the device into a tablet.

Microsoft also says this is the most powerful Surface ever made, so that’s the Surface you’ll want if your Windows 11 experience demands more power. The Surface Laptop Studio starts at $1,599.99.

The second most powerful new Surface in Microsoft’s 2021 lineup is the Surface Pro 8. Its main job is to be a 13-inch Windows 11 tablet. But, like its predecessors, it’ll play nice with the Type Cover keyboards and the Surface Slip Pen 2.

If you’re looking for an entry-level new Microsoft device that can run Windows 11 out of the box, the Surface Go 3 should do it. It features a 10th-gen Intel Core i3 processor that’s 60% faster than before. The Surface Go 3 also supports all-day battery life, according to Microsoft. Like the other Windows 11 devices, it works well with a keyboard accessory and a stylus. But they cost extra, as it’s the case with the Surface Pro 8 accessories.

The Surface Duo design and build quality are essentially the features that people loved about Microsoft’s first Android handset. Everything else? Not so much. But the Surface Duo 2 fixes all the problems with the original model.

Microsoft iterated on the design and improved the specs. The new Snapdragon 888 processor powers the Android handset. The Surface Duo 2 comes with a triple-lens camera on the back, stereo audio, and contactless payments support (NFC).