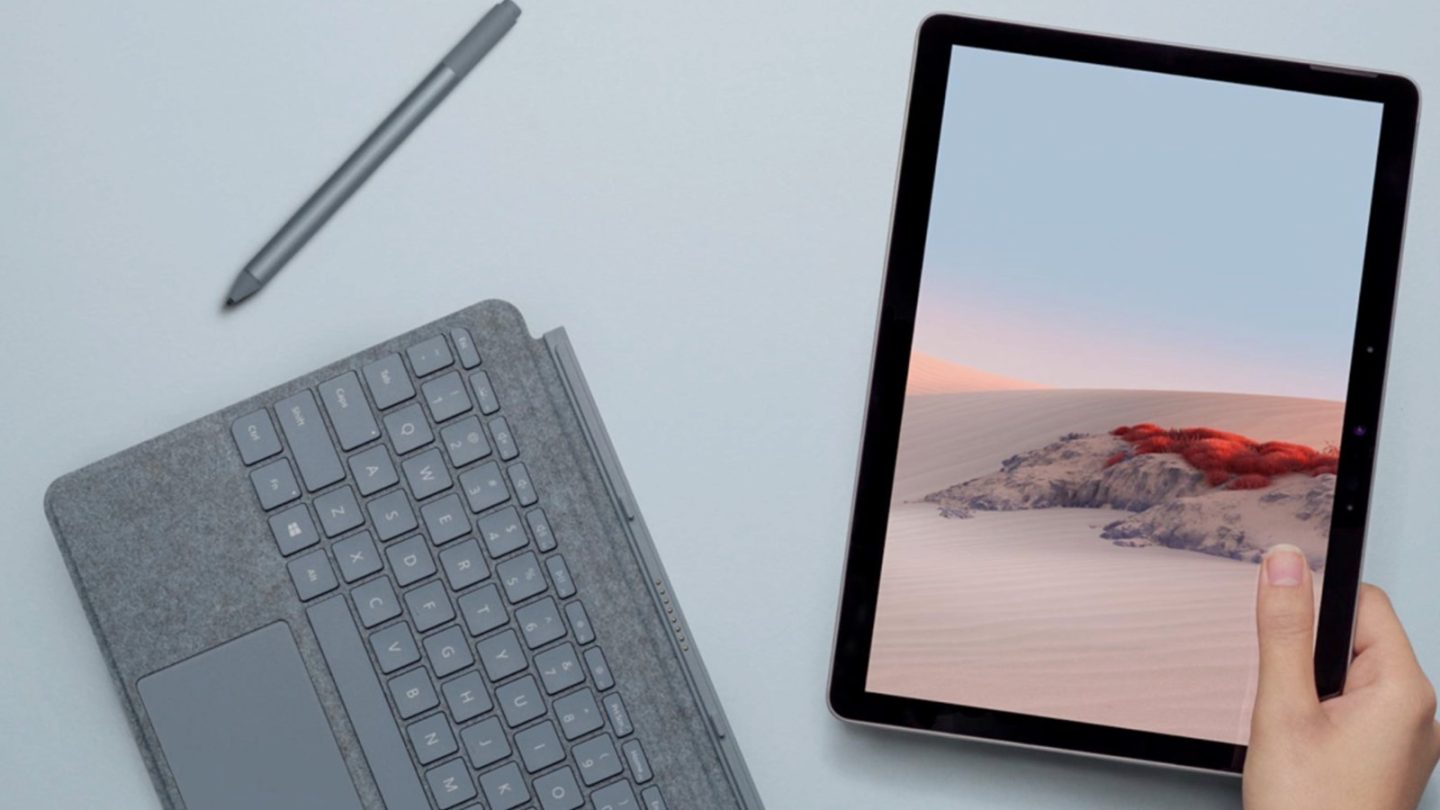 Microsoft isn’t just working on a major software release this fall — the company will also introduce new hardware to run said software right out of the box. Windows 11 will be available to users who qualify for the upgrade in the coming months, although the operating system is available in beta version right away. People who will need to upgrade their PCs to run Microsoft’s new OS will have plenty of choices, which might include Microsoft’s brand new Surface laptops. A rumor said a few days ago that Microsoft might be rebranding its Surface Book series, as the new Surface flagship will get a significant redesign. A new report says that Microsoft might soon release more affordable Surface devices. That’s the brand new Surface Go 3 2-in-1 tablets, whose main specs might have just leaked.

Microsoft released the Surface Go 2 generation in May 2020, so a refresh is certainly due. The 10.5-inch Windows tablet becomes a laptop thanks to the type cover keyboard that’s sold separately. With a starting price of $400, the cheapest Surface Go might be just what the doctor ordered for certain customers.

It has a great entry price and might be a perfect PC addition to one’s arsenal of devices for the home and/or family. The Surface Go is an excellent device for school, browsing the web, and consuming content. It runs Windows 10 right out of the box, and it could even be the perfect device to stream Microsoft’s brand new Windows 365 Cloud PC work environment from home.

With more than a year since the Surface Go 2, it would make sense for Microsoft to release a newer generation, especially considering the imminent Windows 11 launch.

According to WinFuture, the Surface Go 3’s main specs might have leaked thanks to Geekbench 4 listings. The blog explains that the benchmark tests do not list the actual Surface Go 3 product name. But the device features a codename that corresponds to previous-generation Surface hardware codenames.

The Geekbench listings detail two separate Intel chips that might power the Surface Go 3. Both of them are part of Intel’s Amber Lake Y-Series, and both of them require only 7W of power. That means the Surface Go 3 would not need fans for active cooling.

Buyers looking for better Surface Go 3 specs might opt for the Intel Core i3-10100Y chip. The blog explains it’s not actually a true Core i3 chip. Instead, it’s a low-end energy-efficient Amber Lake Y-series chip. The processor has four cores and runs at 1.3GHz or 3.9GHz in Turbo Boost.

The benchmark listing indicates the basic Surface Go 3 version might ship with 4GB of RAM, while the more powerful model packs 8GB. These specs are in line with the previous-gen model. The Geekbench 4 listings also reveal that both chips will offer performance improvements over their predecessor.

The most notable gains concern the entry-level model. The 6500Y is 62% faster than the 4425Y that preceded it in single-core tests. That’s a 47% performance improvement in the multicore tests.

That said, it’s unclear when Microsoft will unveil the Surface Go 3 series. Considering that the Surface Go 2 dropped alongside the Surface Book 3 flagship in May 2020, we’d expect the new Go and Book replacement to launch side-by-side. And it so happens that both of these devices have appeared in leaks recently.