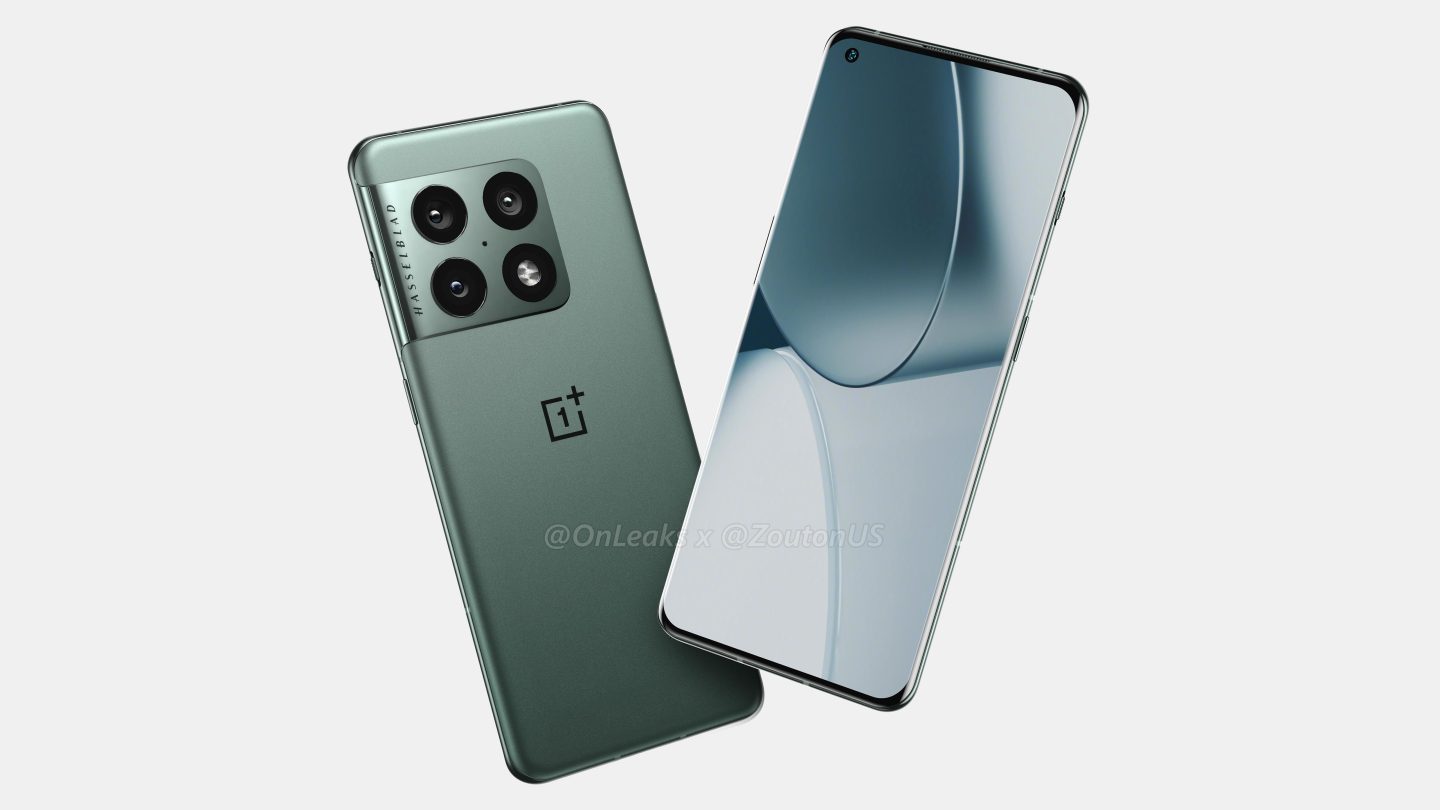 A new leak appears to have revealed the design and specs of the upcoming OnePlus 10 Pro.

As we enter the second half of November, it has become clear that most brands are finished making product announcements in 2021. Samsung debuted the Galaxy Z Fold 3 and Galaxy Z Flip 3 in August. Apple revealed all four models of the iPhone 13 line in September. And finally, Google wrapped up its busy year with the Pixel 6 in October. We do not expect any other major phone announcements until early next year. Of course, that’s not going to stop leaks from springing.

Prolific leaker Steve Hemmerstoffer (@OnLeaks) teamed up with the e-commerce site Zouton to share a series of OnePlus 10 Pro renders. In case you had forgotten, OnePlus announced the OnePlus 9 and OnePlus 9 Pro this March. As such, we expect similar timing for the OnePlus 10 in 2022.

There are only so many ways for smartphones to stand out from the crowd in recent generations. One of the ways is to make a bold choice when it comes to the rear camera array.

We have already seen what Samsung plans to do with the Galaxy S22. OnePlus appears to be taking a similarly unique approach to rear camera design. Providing the renders are accurate, OnePlus carved out a square for the triple rear cameras on the OnePlus 10 Pro. It is not completely dissimilar to the Galaxy S21’s rear camera array, but it doesn’t quite stretch all the way to the top.

The OnePlus 10 Pro is shaping up to be a sleek phone, but how does it run? According to the leak, the OnePlus 10 Pro will feature a 6.7-inch curved display with a 20:9 aspect ratio and a 120Hz refresh rate, up to 256GB of storage and 12GB of RAM, and a 5000mAh battery with 125W fast charging. We also know that OnePlus plans to build a unified OS for future OnePlus phones:

By combining our software resources to focus on one unified and upgraded operating system for both OnePlus and OPPO devices globally, we will combine the strengths from both into one even more powerful OS: the fast and smooth, burdenless experience of OxygenOS, and the stability and rich features of ColorOS.

As for the price, Zouton and Steve suspect that OnePlus won’t make the OnePlus 10 line significantly cheaper on more expensive than the OnePlus 9 line. As a reminder, the OnePlus 9 launched at $729, and the OnePlus 9 Pro debuted at $1,069. Expect similar pricing next year.

Finally, it sounds like we won’t be waiting long for the new phones. Zouton believes that the OnePlus 10 and OnePlus 10 Pro will be available in the first half of 2022.