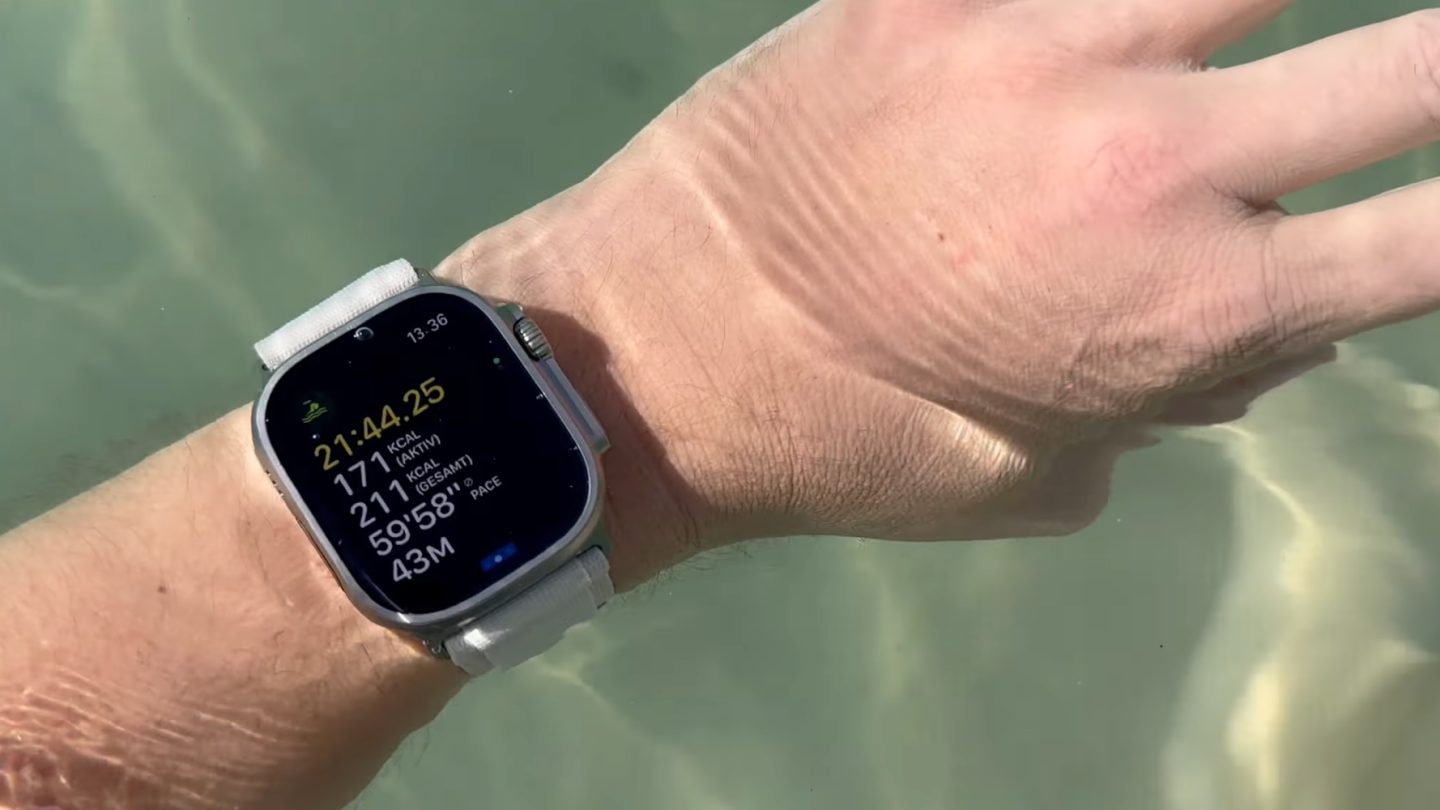 One of the nicest features of the Apple Watch is the ability to swim with it. Now, with the recently-released Apple Watch Ultra, users have the ability to dive deeper into the water while wearing this device. Although people can swim with this wearable, it doesn’t mean they can control it underwater – at least until now. A swimmer shared a few tips on how to control an Apple Watch underwater.

After getting an Apple Watch Ultra, swimmer Rafael Zeier decided to test the new Action button, which lets you customize an action when pressing it, by selecting the new Depth app, available exclusively to this new Apple Watch.

Since the screen becomes unresponsive when you’re underwater with the Apple Watch, the swimmer decided to test watchOS AssistiveTouch feature to see if this would happen – and to his surprise, it did.

AssistiveTouch was one of the most important features introduced with watchOS 8. It allows users to navigate the system using hand gestures such as a pinch or clench. While its focuses on accessibility, it’s also very handy when using an Apple Watch underwater.

To 9to5Mac, Zeier talked about his decision to try AssistiveTouch underwater:

The swimmer then enabled AssistiveTouch on his Apple Watch Ultra and, amazingly, he was able to control Apple Watch under water using just hand gestures. “I never thought that would be possible. But it works just as well as over water,” Zeier told 9to5Mac. He also shared a video on YouTube showing how everything works.

The publication also reminds us that while most Apple Watch users can try the AssistiveTouch feature underwater, only Apple Watch Ultra lets you dive to 100 meters underwater.

In addition, this new Apple Watch brings more advanced sensors. For example, a Reddit user compared their Apple Watch Series 4 GPS sensor with the Apple Watch Ultra and the result was impressive.

You can watch the watchOS AssistiveTouch feature working on an Apple Watch Ultra in the video below.