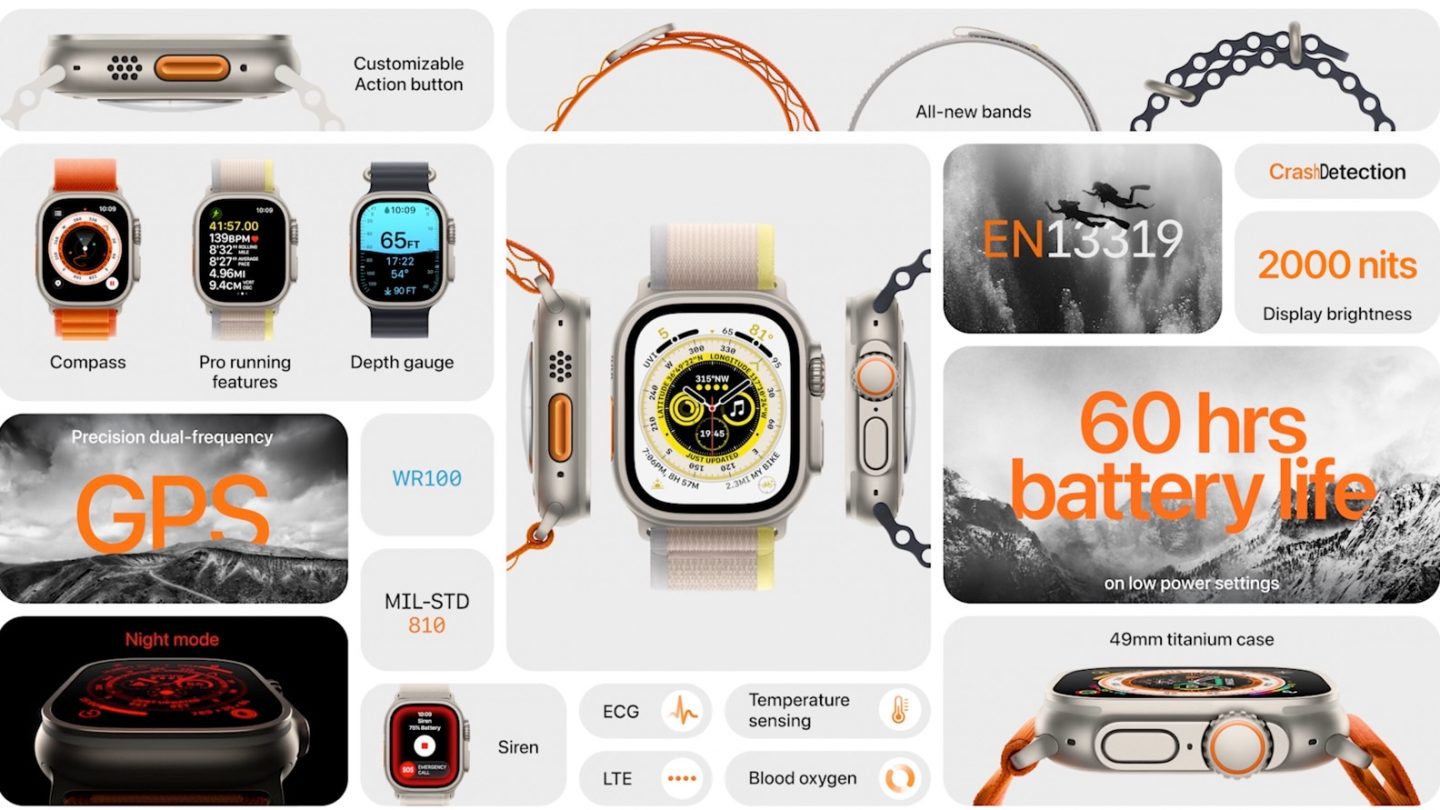 The Apple Watch Ultra is meant to be the best Apple smartwatch you can get. It offers a more robust design compared to the standard Apple Watch Series 8 models, plus a number of features that you won’t get on the regular models.

Here’s you need to know about the new Apple Watch Ultra.

The Apple Watch Ultra is built for rugged use. The device offers a flat display on the top, with a heftier, protected case around the sides. It has a larger Digital Crown, and buttons that are built to be used with gloves.

The device has a new button too — the Action button. This button will do different things depending on what app you’re using, but it can particularly be helpful for tracking laps in a run, for example.

The device is certainly bulkier than the Apple Watch Series 8, but the result is that it’s also stronger. It has a 49mm titanium case, along with a sapphire crystal display covering that will better protect the display from bumps.

The Apple Watch Ultra is bigger — and as a result, is able to offer a bigger battery. Apple says that the device will last up to an impressive 36 hours on a charge, which is far more than the Apple Watch Series 8 can deliver.

The Apple Watch Ultra is more expensive than the standard Apple Watch Series 8. It comes at $799, and is only available in models with cellular connectivity — so you can’t get a GPS-only model.

The device is up for pre-order now and will be available for purchase starting on September 23.