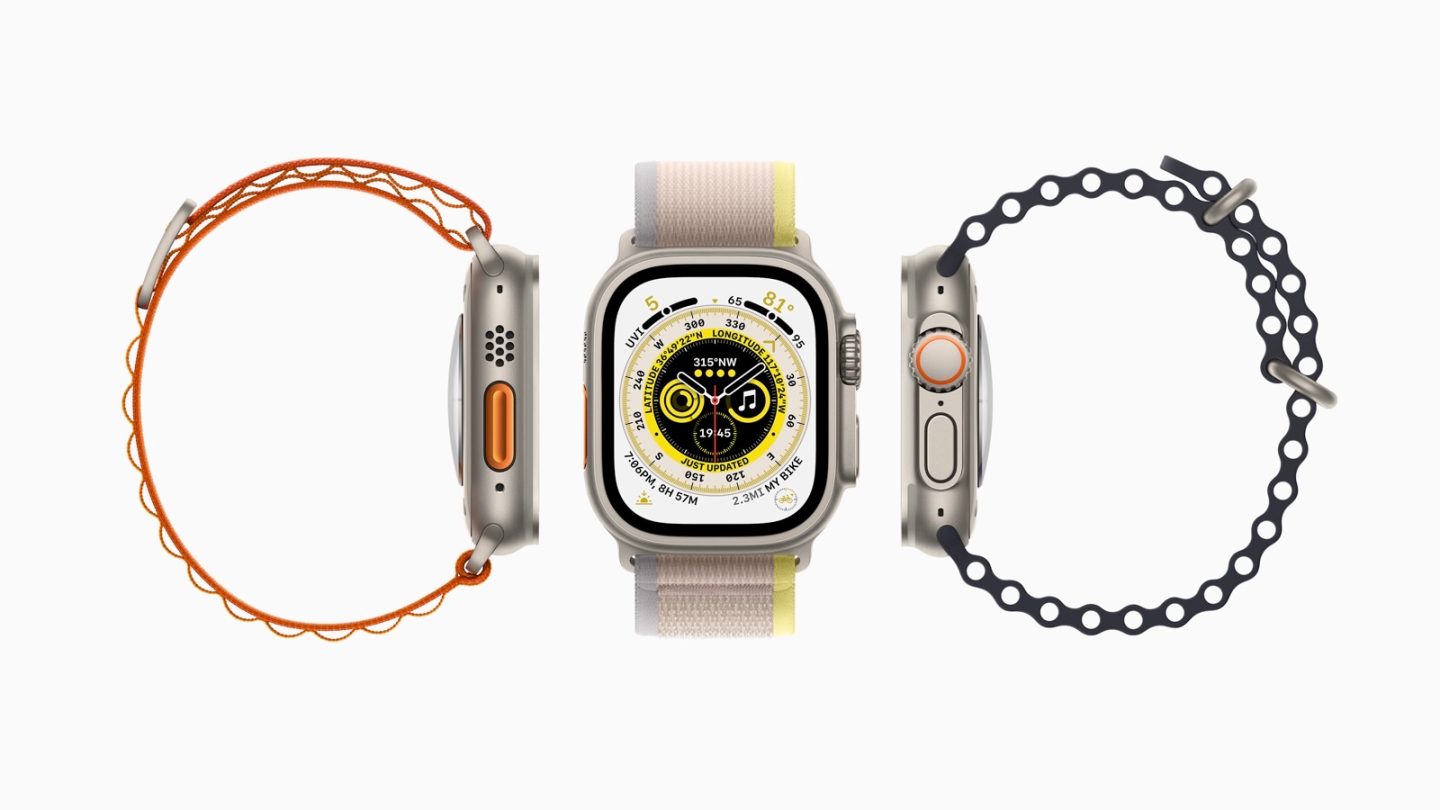 YouTube channel TechRax placed the iPhone 14 Pro inside a car to test the handset’s new Crash Detection feature a few days ago, proving that the feature works.

The YouTuber then moved to the Apple Watch Ultra, putting the wearable through a few simple durability tests. The gadget survived an accidental drop against concrete without sustaining any real damage. The sapphire crystal screen was intact, although the titanium casing got some scuffs.

The screen also survived scratches after the Apple Watch Ultra found itself in a jar of bolts and screws.

The final durability test concerned hitting the Apple Watch Ultra’s display with a hammer. The Watch saw no damage after repetitive hits, as seen in the clip below. Instead, the table underneath the wearable started showing damage as the YouTuber applied more force. Eventually, the Apple Watch Ultra stopped working even though the screen did not shatter.

Finally, the screen failed, proving that the wearable isn’t indestructible.

What about water resistance?

Apple Watch Ultra durability tests will also examine Apple’s water resistance claims. The company says the wearable can go up to 100 meters. The new Depth app, meanwhile, will track progress accurately down to about 50 meters.

As YouTuber DC Rainmaker explains, that’s a difference between hardware and software. The Apple Watch Ultra can go to depths of up to 100 meters (328 feet) without sustaining damage. But the software is supposed to track dives of up to 40 meters (131 feet), which is the usual depth experience for most divers.

These durability tests show that the Apple Watch Ultra is the rugged wearable Apple said it was. It’ll be able to avoid damage better than the non-Ultra models during various use-case scenarios that might involve accidental drops and hits along the way.

But despite its increased durability, Apple Watch Ultra might need repairs, and that’s where the folks at iFixit come in. As expected, they performed their “official” Apple Watch Ultra teardown, and the conclusions are in. There’s good and bad news, as expected.

iFixit says that the Ultra’s raised screen lip is great for protecting the display during drops. But direct hits against the screen might damage it. Also, you can only reach the battery by removing the screen, which can lead to the screen breaking.

As for good news, the Apple Watch Ultra features easily accessible screws on the back that let you remove the rear-facing backplate. But the process might break the gasket that prevents water ingress during dives. This means you’ll need a professional to repair the Watch and maintain its water resistance.