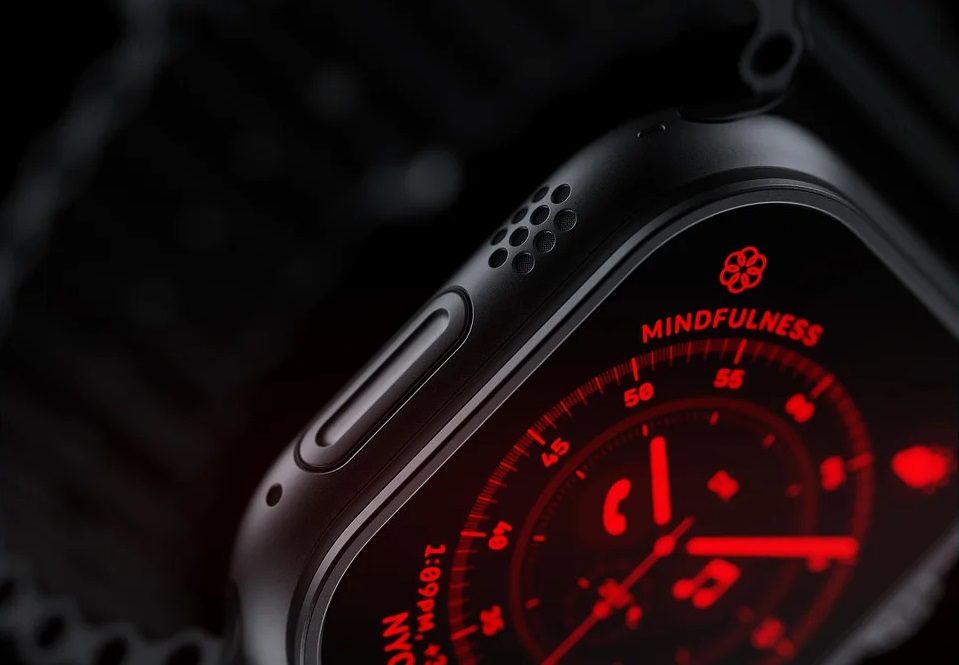 The new Apple Watch Ultra is the most significant upgrade Apple’s smartwatch line has ever seen. It’s larger, more rugged, and features technology that the other models can’t match. If there’s anything the Apple Watch Ultra lacks, it’s hardware customization.

If Apple did release a “dark side” model, as Juhan calls his concept, it would undoubtedly be a hit. The dark titanium case with the dark metal band is simultaneously sleek and sinister, giving off a very different vibe than the natural silver of the original.

Juhan amplifies the effect by displaying the watch in Night Mode. That might look like a wild effect that the artist mocked up in photo editing software, but that’s really what Night Mode looks like on watchOS 9.0. You can turn on Night Mode yourself by swiping to the Wayfinder watch face on your Apple Watch Ultra and turning the Digital Crown. In order to deactivate Night Mode, just turn the Digital Crown in the opposite direction.

Will we ever see a dark Apple Watch Ultra?

Knowing Apple, it’s only a matter of time before another Apple Watch Ultra model surfaces in a different color. The marketing tactic of saving one iPhone color for halfway through the generation has seemingly been a huge success for the company. Don’t be surprised if a new Apple Watch Ultra colorway debuts in the coming months.

The Apple Watch Ultra is available now for $799 with a variety of watch bands.

More Apple coverage: iPhone 15 Ultra will be made of titanium, leaker says