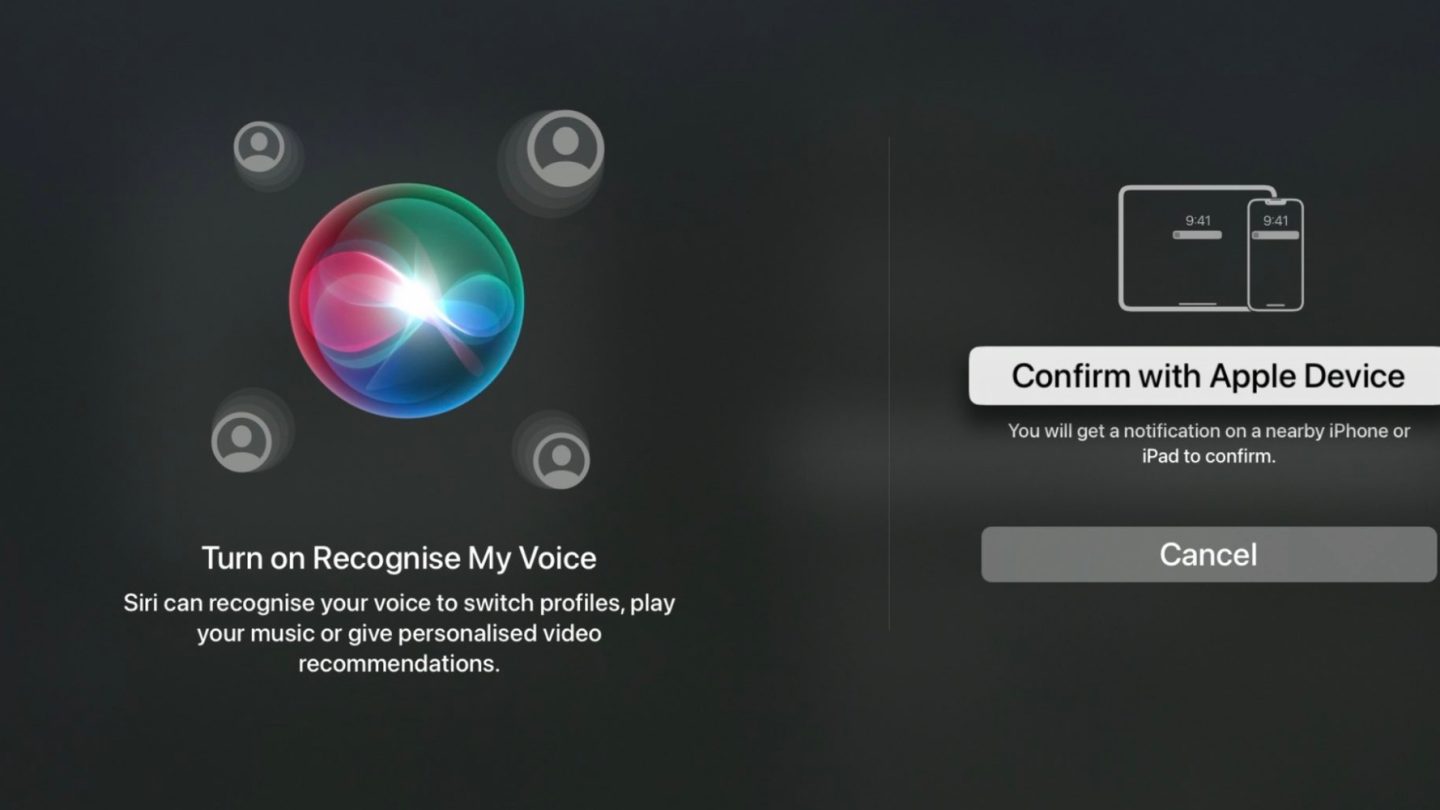 Siri will finally get more intelligent on the Apple TV as it will soon recognize users’ voices thanks to the tvOS 16.2 update. Last week, the company unveiled a new Apple TV 4K with the A15 Bionic. Although the company said features were coming to Siri “later this fall,” Apple didn’t specify which would launch with tvOS 16.1 or a later software update.

Thanks to Apple TV aficionado Sigmund Judge, we now know that the Recognise My Voice feature will be available when tvOS 16.2 is released by Apple. According to a screenshot he shared, here’s how Apple describes this feature.

Turn on Recognise My Voice

Siri can recognise your vocie to switch profiles, play your music, or give personalised video recommendations.

As of tvOS 16.2 beta 1, the feature doesn’t seem fully functional but will be similar to what HomePod users already can experience. Apple says that “if your Apple TV is in your home or added to your home later, your Siri voice profile from your iPhone will be associated with your home so Siri can recognize your voice on this Apple TV and any current or future Siri-enabled devices in your home.”

As of now, it’s unclear what other features Apple will introduce with tvOS 16.2. With the current software version, the Cupertino company introduced several new features to its set-top box, such as:

Here’s how Apple announced all the new features coming to the Apple TV: