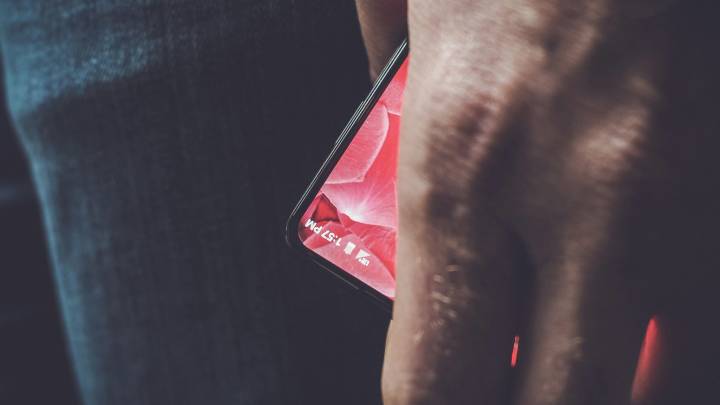 There are several interesting Android devices in the works, and one of them is supposed to launch real soon. No, it’s not the OnePlus 5, although that one also qualifies. It’s Andy Rubin’s Essential, a flagship device that should compete directly against the iPhone 8, the Galaxy S8, and every other high-end Android handset you can think of. We don’t know many things about the Essential phone right now, other than it’s supposed to have an edge-to-edge screen and offer a feature unseen on the iPhone so far.

We got our first Essential glimpse a couple of months ago when Andy Rubin posted the image above.

Then, on Thursday, the official Essential Twitter account came online teasing something “big” for next week. Apparently, the phone should be unveiled on May 30th.

Hours later, Essential tweeted an image that shows a phone complete with a strange accessory on top. Nobody could blame you if you thought it’s a camera. It’s probably the kind of add-on that makes sense.

We heard you @renan_batista – here's something to hold you over until next week: pic.twitter.com/QSIeXyjKNq

But here’s what happens when you add some light:

Yes, it appears the Essential phone will have a 360-degree camera accessory for VR and AR. The image also seems to imply there’s going to be some sort of connector placed on top of the phone to attach that camera.

Looking back at Rubin’s previous tweets, it shouldn’t be a surprise to hear that Essential is also working on VR/AR cameras. After all, everybody is interested in these technologies, and smartphones now have technical abilities that support VR and AR.

But Rubin already teased last month that Essential is working on a device that would have 360-degree video recording capabilities:

That’s all we know about the Essential iPhone killer at this point, so we’ll just have to wait for the company to tell us more about it next week.