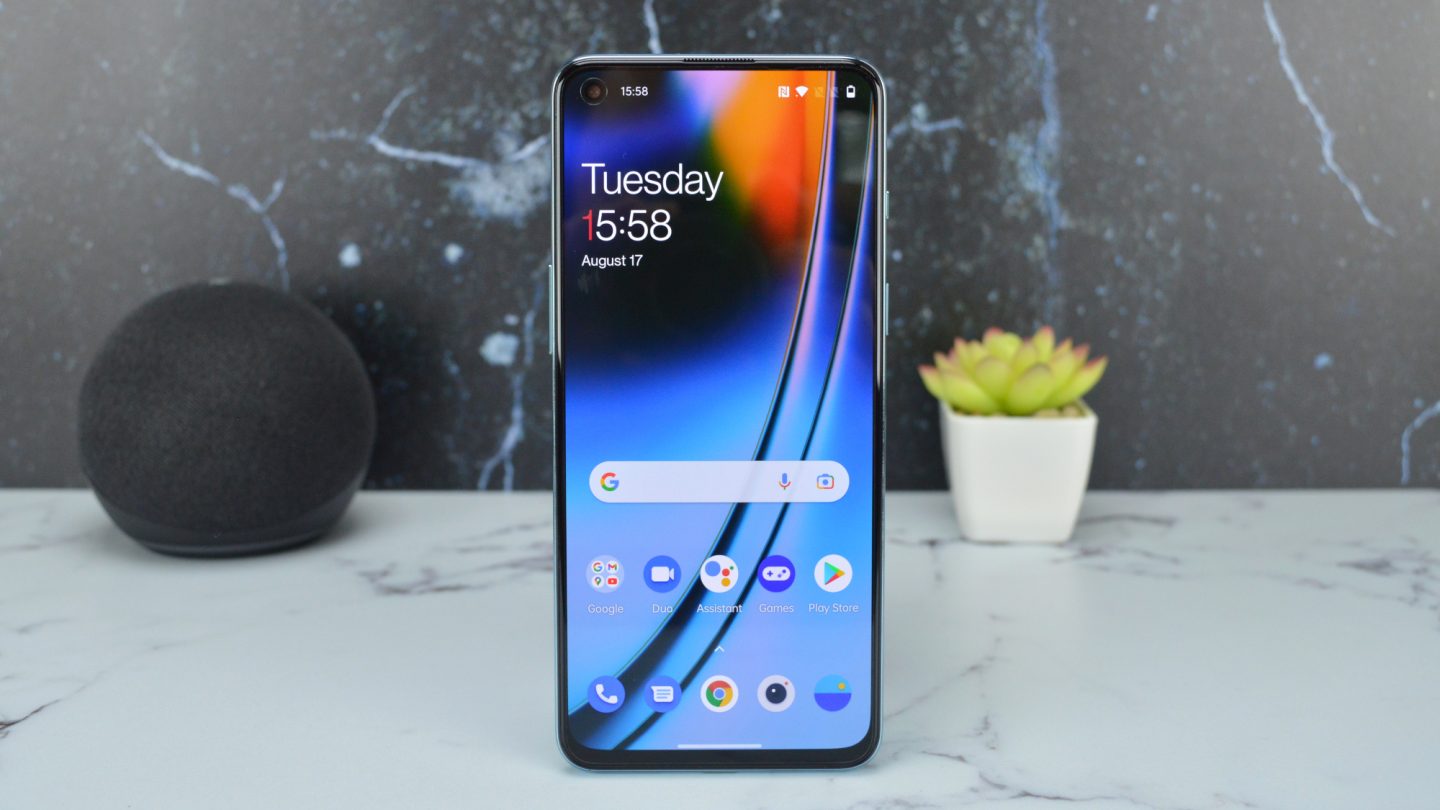 The original OnePlus Nord signaled somewhat of a return to the company’s roots. While OnePlus’ higher-end phones are great, they’ve become increasingly expensive, doing away with the company’s original mission of offering flagship-quality phones at an affordable price. 2020’s Nord changed that, bringing the price-of-entry down for that much-loved OnePlus software. Now, we’re on the second-generation OnePlus Nord 2.

Of course, the Nord 2 has an uphill battle against it. Recent phones like the Google Pixel 4a 5G and Samsung Galaxy A52 prove that you can get value for money. Can the OnePlus Nord 2 5G join those ranks? I’ve been using it to find out. 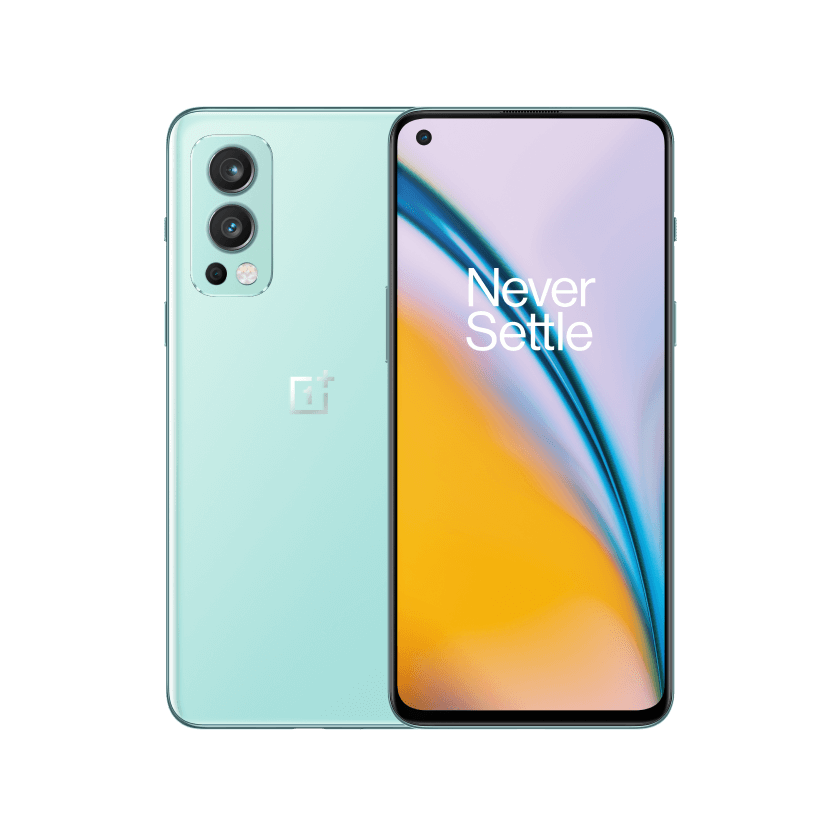 The OnePlus Nord 2 looks a lot like the OnePlus 9 series. The device has an edge-to-edge display with a hole-punch cutout for the front-facing camera on the front, and a rectangular camera module on the top-left on the back. That camera module looks very similar to the OnePlus 9, just without the Hasselblad branding.

The device has other OnePlus-like features that you might not get on other Nord phones. For example, there’s the volume ringer on the right, which I love to see, but which wasn’t present on the OnePlus Nord CE.

The device is built from relatively premium materials. It has a glass front and back, though don’t take that to mean that it supports wireless charging — it doesn’t. The Nord 2 is available in a few different colors, including Gray Sierra and Blue Haze. We’re reviewing the Blue Haze model, and it doesn’t seem to pick up fingerprints all that badly.

Generally, the phone looks good. It’s not groundbreaking — most phones these days have a hole-punch cutout and larger camera module. But it’s also not ugly, and it feels nice in the hand. Unfortunately, there’s no official IP rating on offer by the OnePlus Nord 2.

The display on the phone is pretty nice too. It’s flat (not curved), is 6.43 inches, with a 1,080p resolution, and has a 90Hz refresh rate. That means that you’ll get a pretty smooth experience overall, and while the resolution isn’t as impressive as some higher-end phones, frankly, it’s more than high enough for most.

There’s not much I would have changed about the display, at least in this price range. It’s big, bright, and colorful, and while it’s not as impressive as the OnePlus 9 Pro, most don’t need a OnePlus 9 Pro-level screen. In the display, you’ll also get a fingerprint sensor. The sensor on the OnePlus Nord 2 works great. It’s nice and fast, and generally pretty accurate. The display supports HDR playback too.

Like the design, the display won’t break new ground. But it performs where it counts. Some phones in this price range are still 720p, 60Hz, and LCD. This phone beats those in every way.

The Dimensity 1200-AI is actually exclusive to this phone. MediaTek offers a standard Dimensity 1200, but OnePlus reportedly worked on the platform to improve the camera and display performance for this model of the chipset.

I didn’t face any issues while multitasking and even mobile gaming. The phone doesn’t quite reach the heights of a true flagship, and if you care about getting the best of the best, you’re going to have to spend a whole lot more cash. But generally, the software was smooth, multitasking was easy, and so on.

Benchmarks confirm the solid performance on offer by the OnePlus Nord 2. The device scored 808 in GeekBench 5’s single-core test, and 2,714 in its multi-core score. That beats out the likes of the Pixel 5a and Galaxy A52, but not the $400 iPhone SE.

The battery life on offer by the OnePlus Nord 2 sits in at 4,115mAh, and I found that it was able to get me through a full day of even relatively heavy use. You probably won’t be able to stretch it all the way through a second day, but it does support 65W fast charging, which is great to see. Unfortunately, the phone doesn’t support wireless charging.

The OnePlus Nord 2 offers a quad-camera system, with one 50-megapixel main camera, one 8-megapixel ultrawide camera, and one 5-megapixel depth camera. It would have been nice to get a telephoto camera here, however that seems to be reserved for more expensive phones.

Still, despite the lack of a telephoto camera, the phone’s camera performed well. I was able to get detailed and colorful photos the majority of the time. The device didn’t necessarily deliver the most consistent experience, but most of the time I achieved great-quality images. The phone was able to deliver good photos in low light too, which is always nice. This is likely due to the Dimensity 1200-AI’s performance boost.

The phone is able to use AI to recognize 22 different scenes automatically. This can include things like food, animals, and so on. Then, the phone can adjust color and contrast to best suit the scene. It’s a nice touch.

The ultrawide camera generally performed well too, though most photos taken with this camera were a little noisier and less impressive than those on the main camera. It wasn’t terrible, and on its own it does the job perfectly fine, but you’ll notice an improvement when using the main camera.

The front-facing camera sits in at 32 megapixels, and it also performed quite well. Again, there’s nothing groundbreaking here, but your selfies should generally look good.

OnePlus phones in general could do with more consistency between cameras. The main and ultrawide cameras on their own did well. But I hope OnePlus continues to improve on the camera experience as a whole.

One of the best things about OnePlus phones has always been the software experience, and that one the OnePlus Nord 2 is no exception. The device runs OnePlus’ OxygenOS 11.3, which is the first iteration of the new combination of OxygenOS and ColorOS. Thankfully, the overall experience, at least for now, is pretty much identical.

That said, there are some tweaks to the software. The Settings menu looks a little more like ColorOS, and the OnePlus Switch feature is gone in favor of the Clone Phone app. You’ll still get things like the OnePlus shelf and the signature red-and-black color scheme.

I expect that over time, OxygenOS will continue to look and feel a little more like ColorOS. Hopefully, however, it’ll retain that scaled-back feel and signature OnePlus smoothness.

The OnePlus Nord 2 is an excellent addition to OnePlus’ lineup. The phone is solid in pretty much every way, offering a solid camera, good performance, and a great battery life. Sure, it doesn’t really compete with the top-end phones out there, but it handily beats pretty much every option in its price range — including the new Google Pixel 5a.

Unfortunately, the phone isn’t available in the U.S., so you’ll have to stick with another option state-side. If you’re in Europe or India, you’ll be able to get your hands on the OnePlus Nord 2, but otherwise, you should buy either the Samsung Galaxy A52 or Google Pixel 5a.

Perhaps the biggest competition comes from phones like the Google Pixel 5a and the Samsung Galaxy A52. While those are great phones in their own right, they don’t quite offer the same across-the-board quality as the OnePlus Nord 2.

If you’re not in a region where the Nord 2 is available, it’s worth checking out the new Google Pixel 5a instead.

Should I buy the OnePlus Nord 2?

Yes. If you live in an area where you can buy the OnePlus Nord 2, and want a solid budget phone, it’s the way to go.