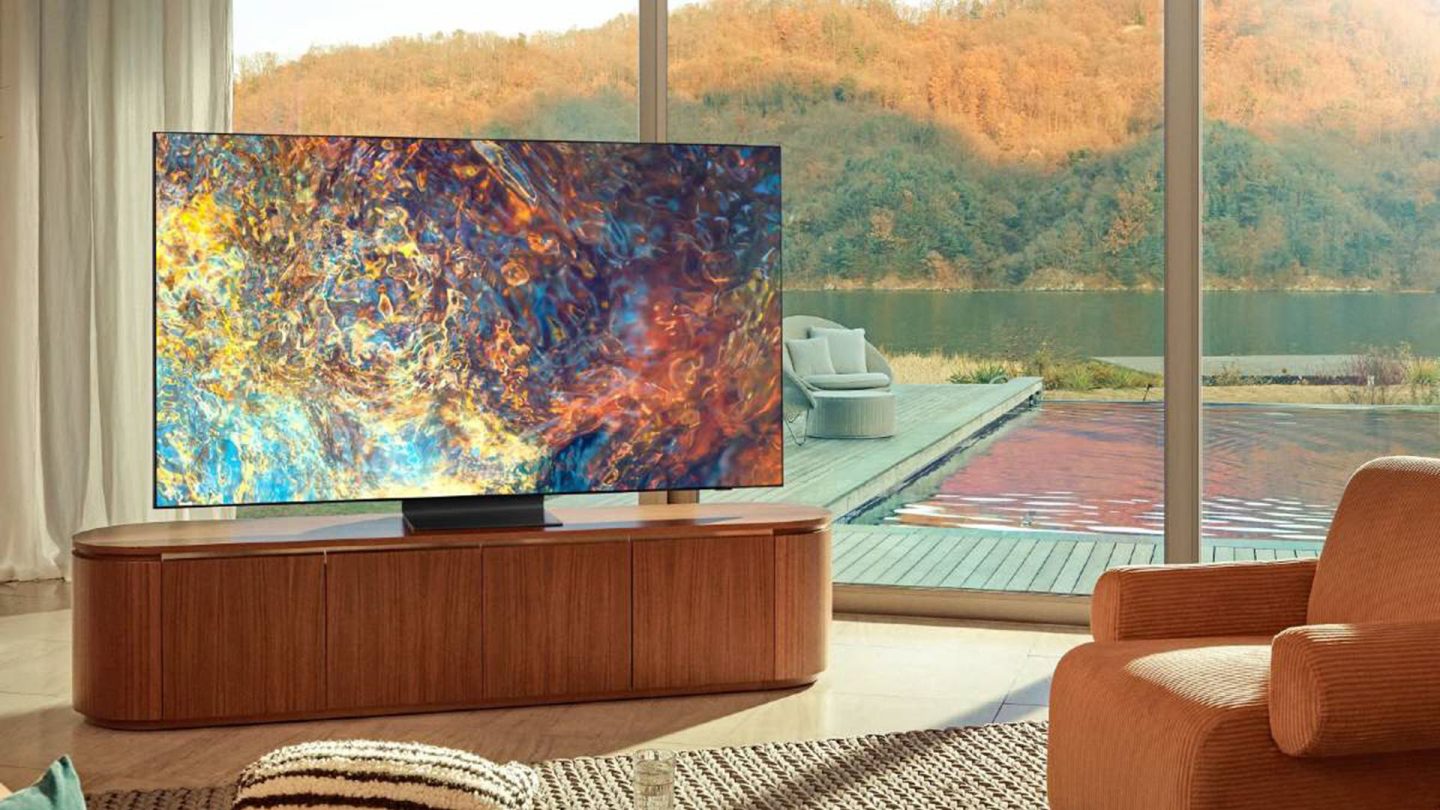 Screens dominate our lives, and we’re looking at them more and more. Between the screens on phones, TVs, computers, and even fridges, you probably rely on looking at a screen for many aspects of your life. But those displays can actually be made in a number of different ways. And different display types offer different advantages and disadvantages.

Confused by all the different display names, and what they mean for your devices? Here’s a brief explainer of display technologies, and what makes them great.

By far the most common display type today is the LCD, or Liquid Crystal Display (so yes, the title LCD display is redundant). LCDs basically use a thin crystal solution layer sandwiched between two polarized glass panels. A grid of millions of transistors then supplies power to the crystals, causing them to open or close, and ultimately filtering the light that can pass through the polarized layer in a way that creates an image. LCDs can let through or block light on a per-pixel basis. When you have millions of pixels, that can make for a relatively detailed image.

Of course, you might be wondering how these displays can produce color, and for a long time they didn’t — and still don’t on many LCDs. This is done by dividing each pixel into three sub-pixels, which is an individually controlled LCD segment. And, each sub-pixel has a red, green, or blue (RGB) color filter, and combining these can effectively create any color.

There’s one final component to LCD technology — a backlight. The backlight supplies the light that is ultimately filtered to create an image. Traditionally, LCDs have used CCFL backlights, which contain mercury. But recently, manufacturers have instead turned to a different type of backlight — the LED.

By now you’ve probably caught on to the fact that LED displays aren’t different from LCDs. In fact, LED displays are a type of LCD. But what defines an LED display has less to do with how the display filters light, and more to do with the source of that light in the first place.

LED stands for Light-Emitting Diode, and it basically works by passing a current through a semiconductor material. For the purposes of this guide, it doesn’t really matter how LEDs work though — just that they produce light.

Most older LED displays are edge-lit, which basically means that there’s a series of LEDs placed around the edges of the display. The light created by these LEDs is scattered with a light diffuser, creating a more uniform image. That’s why you don’t only see an image around the edges of the screen. But the downside is that these displays aren’t as bright as other types of LED displays.

Direct-lit LED displays do away with edge-lighting and instead place a few LEDs throughout the back of the screen, meaning that more light is supplied, and light is more uniform across the display. This allows for a brighter image as a whole. This technology is usually only found on low-end to midrange TVs.

There are some serious advantages to this. The filters on offer by LCD displays are pretty good at blocking light, but they can’t block all of it. Some light still gets through — and the result is that when there’s something black on the screen, it’s not true black. But when you can turn off and dim a segment of the backlight, there’s no light to be let through in the first place, creating a deeper black. Recently, full-array LED TVs have been getting more and more lights, also known as “dimming zones.”

As the name suggests, mini-LED technology shrinks down the size of each individual LED behind a display — and the result is that more of them can be included. With mini-LED technology, displays can go from having a few dozen backlights to hundreds of them, each of which can be individually controlled. This allows for more detailed dimming, meaning that even smaller areas of black on the display can be turned off. On average, mini-LEDs measure around 0.008 inches. That’s around one-fifth of the size of a traditional LED.

Smaller is better right? That’s where micro-LED displays come in. There are very few micro-LED displays on the market right now, but they’re widely considered to be the future — and we expect more and more of them will start coming out soon. Mini-LEDs measure in at around 0.002 inches, essentially meaning that there could be a single LED for each pixel on a display. When each of these mini-LEDs can be individually controlled, you can’t do much better.

Of course, that doesn’t mean that LEDs won’t get smaller. In fact, they might have to. As we head towards a world with higher-resolution displays, pixels continue to get smaller and smaller, and LEDs will have to follow as long as the LCD display is the prominent type of display.

What really defines a QLED TV is the use of a quantum dot filter, which is a film of tiny molecules that emit their own differently colored light when hit by light. These quantum dots can essentially produce a brighter image and deeper colors. And, because of how efficient they are, very little light is lost. Usually, because the backlight is a bright blue, the quantum dots are green and red.

Companies other than Samsung may use quantum dot technology without referring to it as a QLED display.

So far, all the display types we have gone over are built on LCD technology. But OLED (organic light-emitting diode) displays do away with it altogether. This tech is found on many high-end TVs, especially from LG, but may be challenged by micro-LED displays in the near future.

OLED displays don’t have polarizing layers or fancy crystals. Instead, when voltage is applied, each sub-pixel in an OLED display lights up. Each sub-pixel contains a different molecule that reacts differently to the applied voltage. As a result, different colors are produced.

You might have noticed that I said that sub-pixels “light up” when voltage is applied — and it’s true. That means that a backlight isn’t needed on OLED displays. Voltage can also just not be applied to a pixel when there’s black on the image, making for true black levels.

There are some major disadvantages to OLED displays. Notably, OLED displays just aren’t as bright as LCD displays, because they don’t have a backlight. Also, the materials used to create them are more expensive.

What happens when you combine the best TV technologies around? You get QD-OLED displays. These displays are basically hybrids of quantum dot and OLED displays, offering the advantages of each.

The basic gist of a QD-OLED display is that it takes the OLED tech, and improves on its brightness and color with quantum dot technology. This means that you can get the same deep black levels of OLED displays, with the impressive brightness of QLED TVs.

There are a few TVs with QD-OLED displays coming out now, but they’re still very expensive. Eventually, the technology will get more common.

So which display technology is best?

Well, it depends. QLED TVs can get a fair bit brighter than OLED TVs, but most agree that OLED TVs can still get bright enough for most uses. And the advantage of the true black levels on offer by OLED still make for high contrast. For now, the best OLED TVs offer a better overall image quality than the best QLED TVs. As Samsung continues to refine QLED tech, that could change.

The advantages of OLED TVs are that they produce true blacks, and as a result, higher contrast, and that they have better off-angle viewing. The advantage of QLED displays is that they’re brighter and cheaper than OLED panels.