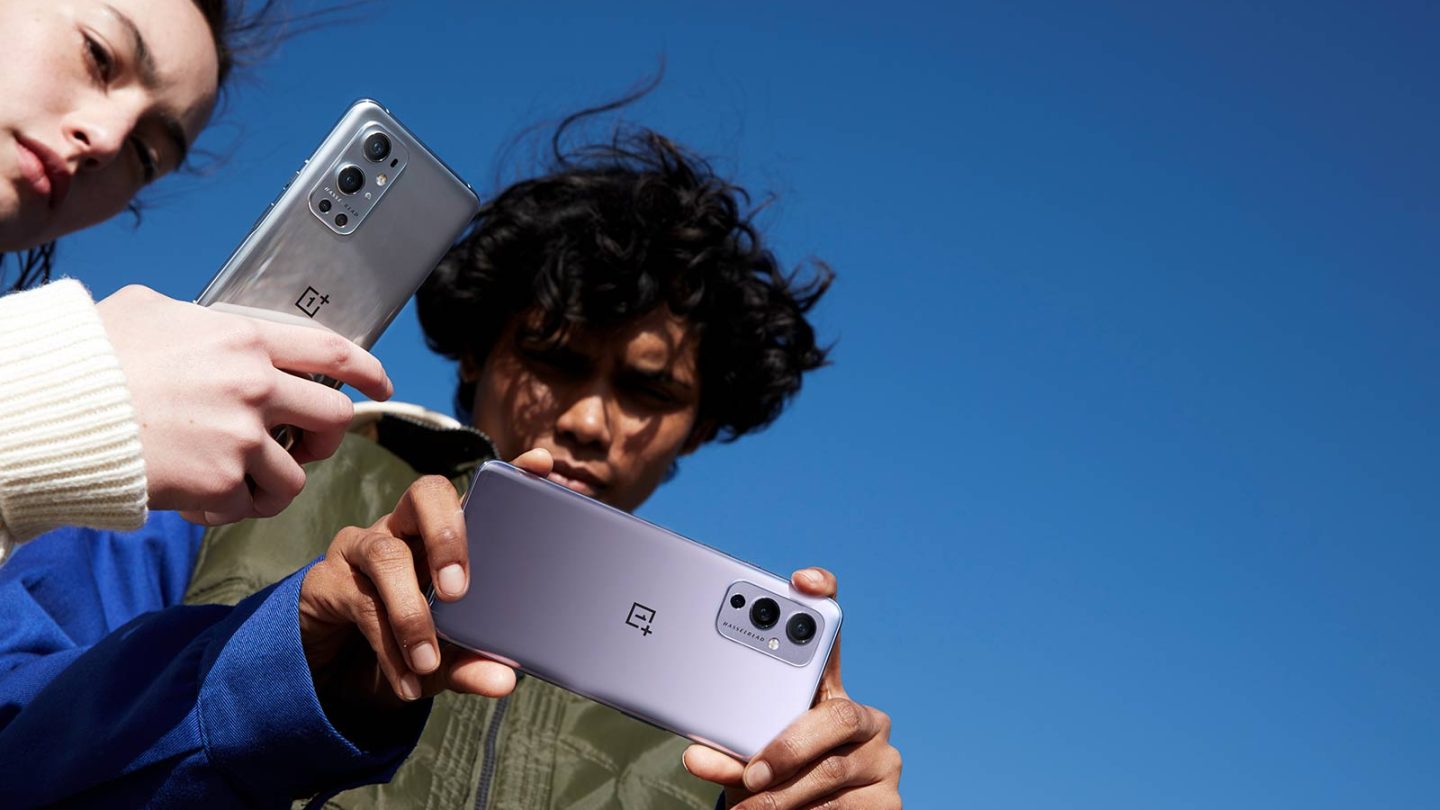 It goes without saying that 2020 was a bizarre year for everyone reading this right now. Because of the pandemic, our lives were changed in countless ways and we continue to feel the sting now, in early 2021. But for me personally, 2020 was bizarre in one way that had nothing to do with the pandemic.

After having penned hundreds of reviews over the course of more than a decade in this industry, 2020 was my first year in the business without writing a single smartphone review.

The pandemic did cause a few delayed releases last year, but plenty of new smartphones still hit the market over the course of 2020. Most notably, perhaps, Apple released its first redesigned iPhone models since the iPhone X debuted back in 2017. Samsung released new Galaxy S and Note phones as well as a pair of foldable flagships and plenty of mid-range devices. Other smartphone makers also launched new wares, with China-based phone makers having had a particularly busy year.

I wrote plenty of reviews last year, but none covering smartphones despite all the new releases. Why not? Sadly, the answer is quite jaded: I was bored because smartphones are boring.

Before you lose your mind, hear me out.

Smartphones are as essential now as they have ever been, and there are so many great options out there. In fact, smartphones have come so far in recent years that it’s almost impossible to pick a bad one. At the high end, every phone has become so fast and powerful that you can’t go wrong with any of them. Mid-range and entry-level handsets have also seen dramatic improvements over the past 18 to 24 months, to the point where there are literally dozens of excellent choices.

The problem — if you can even call it a “problem” — is that flagship smartphones are basically all the same these days. And I simply got tired of finding new ways to say the same thing.

When it comes to iPhones, Apple fans are all too familiar with iterative upgrades. Apple has basically been working in four-year cycles lately that overlapped in 2017. The iPhone 6 was re-released three times with various feature additions and performance bumps. And Apple’s new iPhone 12 series might have flat metal sides instead of round ones, but it’s really just another iteration of the iPhone X that debuted three years earlier.

Over on the Android side of the fence, things aren’t much better. Remember back in 2018 when every single Android phone was an embarrassingly shameless iPhone X copycat? Well, we’re pretty much in the same place now, only they all copy the design Samsung and a few Chinese phone makers first introduced back in 2019. Seriously… they all look the same. Even most of the foldable smartphones out there have the same basic design once you flip them open.

The OnePlus 9 and OnePlus 9 Pro also follow the same formula as practically every other flagship Android phone we’ve seen hit store shelves over the past 18+ months. They feature sleek glass and metal designs, stunning hole-punch screens, and eye-popping specs — just like every other Android flagship. They also sport fancy multi-lens camera systems and cutting-edge mobile processors, which is also just like every other Android flagship.

I won’t dive too deep into the basics in this review. After all, it’s like I said: these days, an Android flagship is an Android flagship. Instead, I’ll cover a few specific things I really love about these sleek new smartphones. Then, I’ll also compare the two new models and discuss exactly what sets the OnePlus 9 Pro apart from the OnePlus 9.

OnePlus recently announced its big new deal with legendary camera brand Hasselblad. The OnePlus series is the first to include what OnePlus calls “Hasselblad Camera for Mobile.” This exclusive tech will be available only on OnePlus phones, and there are a few key benefits that end-users will notice right away.

First and foremost, OnePlus and Hasselblad joined forces to develop new color processing tech for the OnePlus 9 and OnePlus 9 Pro. It’s called Natural Color Calibration with Hasselblad, and it’s quite impressive. OnePlus says the new tech “aims to bring more perceptually accurate colors to photos,” and it absolutely succeeded in my testing. Colors in photos captured by the new OnePlus 9 are also remarkably vivid, but there’s a reason beyond just the cameras that colors really pop…

The AMOLED screens on the OnePlus 9 and OnePlus 9 Pro are unreal.

The OnePlus 9 uses the same 6.55″ Fluid AMOLED display as the OnePlus 8T that was released late last year. The decision undoubtedly helped OnePlus keep its cost down a bit, but it’s definitely not a compromise. If you’ve ever held the OnePlus 8T in your hand, you know that it packs one of the best smartphone screens of all time. Characterized by brilliant colors and impossibly deep blacks, I’m hard-pressed to think of a smartphone with a better screen. At least I was hard-pressed to think of one until I powered on the OnePlus 9 Pro for the first time.

While the OnePlus 9 uses the same hole-punch screen as last year’s OnePlus 8T, the premium OnePlus 9 Pro features a next-generation display that is somehow even better. OnePlus calls it Fluid Display 2.0, and has this to say about it:

For generations of OnePlus flagship smartphones, we have focused on delivering leading-edge mobile displays. With the OnePlus 9 Pro’s display, we have taken yet another major step forward with Fluid Display 2.0, a new generation of advanced mobile displays integrating LTPO technology and lightning-fast touch response for gaming.

Behind the OnePlus 9 Pro’s ultra-smooth responsiveness, low-temperature polycrystalline oxide – or LTPO for short – represents the most advanced backplane technology used in high-end OLED displays. Compared to standard LTPS displays, LTPO technology cuts the OnePlus 9 Pro display’s power consumption by up to 50% thanks to our Smart 120 Hz feature, which automatically matches the refresh rate to the current user scenario.

Take a moment to consider how impressive that is. The OnePlus 9 Pro doesn’t just have what is perhaps the most stunning and responsive screen I have ever seen on a smartphone. It also packs smart new display features that cut down on power consumption by as much as 50%. Fifty percent!

Now, let’s dive a bit deeper into the differences between the OnePlus 9 Pro and OnePlus 9 displays, as well as all the other key areas where the two new phones diverge:

On the other hand, the OnePlus 9 Pro has a 120Hz Fluid Display 2.0 AMOLED screen with new LTPO (low-temperature polycrystalline oxide) tech. It measures 6.7 inches diagonally and it’s curved on the sides. Resolution is 1440 x 3216 and pixel density is 525 ppi. The new Smart 120Hz feature cuts power consumption by up to 50% by automatically adjusting the refresh rate based on what the user is doing. For example, it will use 1Hz for viewing photos and reading text, 24Hz for watching videos, and 120Hz for scrolling. The OnePlus 9 Pro also features Hyper Touch tech, with touch response up to 360Hz when gaming.

Both have the same front-facing camera and they share three of the same rear cameras as well. Both models also offer neat features like tilt-shift and the new Hasselblad Pro Mode, which is a camera UI that gives the user pro-level controls over things like exposure, white balance, and so on.

The OnePlus 9 Pro adds an 8-megapixel telephoto lens with 3.3x optical zoom, 30x digital zoom, and OIS. Down below, we’ll cover the three other rear cameras that both phones have in common.

The OnePlus 9 has 15W Qi wireless charging while the OnePlus 9 Pro has a new Warp Charge 50 Wireless feature that charges both battery cells wirelessly at 25W to go from “1-100% in just 43 minutes.” You’ll need OnePlus’s new $60 wireless charger to take full advantage.

The OnePlus 9 has a flat front and a curved back, along with a “fiberglass-reinforced polymer frame, which features a newly developed metallization process that adds a glossy and premium look.” It comes in three colorways including Winter Mist, Arctic Sky, and Astral Black.

The OnePlus 9 Pro has curves on the sides of both the front and back, with a 2.2mm thin aluminum frame. It comes in Morning Mist, Pine Green, and Stellar Black.

The OnePlus 9 Pro also has IP68 water- and dust-resistance.

When it comes to pricing, we have good news and bad news. The good news is that OnePlus’s latest flagship phones are still priced under most comparable options from rival companies. The bad news is that the gap has narrowed considerably over the past few years. You’re still getting plenty of bang for your buck, but it costs a lot more buck than it used to. Here’s how the pricing breaks down:

Preorders open this Friday, March 26th, and the OnePlus 9 release date is scheduled for April 2nd, one week later. The new Warp 50 Wireless Charger will cost $59.99 and will be released on the same day.

All new OnePlus 9 and OnePlus 9 Pro models will be sold unlocked directly by OnePlus on the company’s website, and T-Mobile will also sell the new models directly. Interestingly, OnePlus has the following to say about Verizon network compatibility:

At launch, the OnePlus 9 and 9 Pro will be compatible with Verizon’s 4G LTE network. OnePlus continues to work with Verizon to certify both the 9 and 9 Pro on its 5G network.

Also worth noting is the fact that OnePlus’s very first smartwatch, the OnePlus Watch, will be released on April 14th for $159.

Specs highlights for both phones