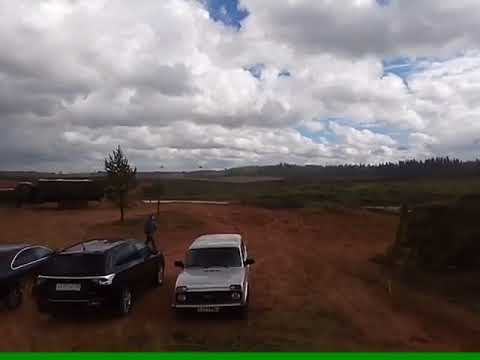 At least two people have been injured as a result of a friendly-fire incident during a Russian military exercise. That’s bad; what’s more shocking is the video footage that emerged of the incident, which paints a very terrifying picture of what it’s like to be attacked by a rocket-wielding helicopter.

Two separate videos were filmed of the incident, in which Russian helicopters fire unguided rockets at civilian people and vehicles. You see both attack helicopters coming in low and fast towards the people. At the last minute, one of the helicopters fires a pair of missiles directly in front of it, hitting the bystander. The second video shows a closer perspective of the attack, as well as the devastating aftermath.

“At least two cars burned down, two people were seriously injured, they are now hospitalized,” a source told 66.ru news. “The victims were most likely journalists.”

The Russian Defense Ministry denied the report, saying “all social media messages about ‘rounds on a crowd of journalists,’ ‘a large number of seriously wounded’ are either a deliberate provocation or someone’s personal stupidity.”

“[Video footage] recorded an event that occurred at another time, when army aviation helicopter crews practiced ground attacks as part of a tactical exercise.”

The press office also claimed that only one truck was hit, and no people injured as a result.