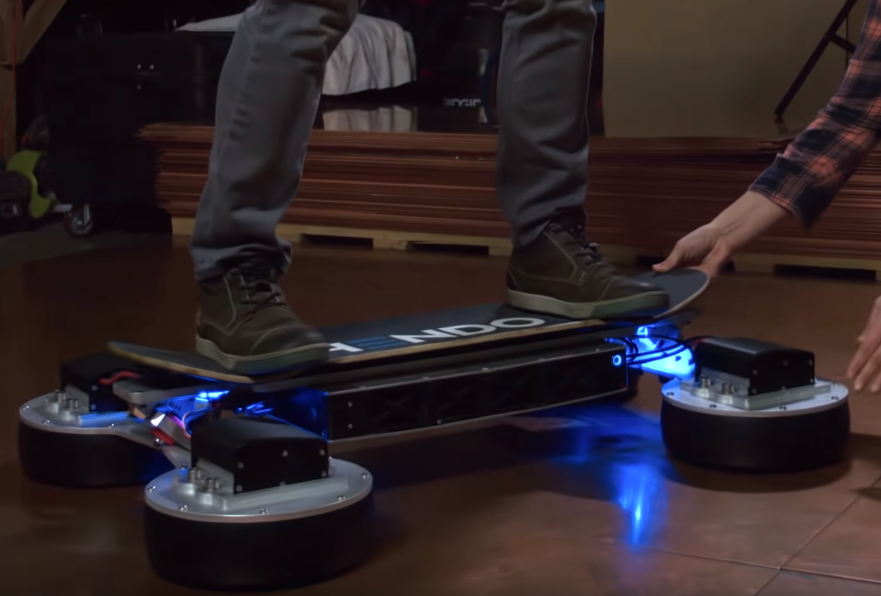 The hoverboards that are being sold right now have a big problem, and we’re not just talking about their tendency to explode. You see, the things that are being called hoverboards right now don’t actually hover and instead rely on wheels. However, a company called Arx Pax has been working on a genuine hovering hoverboard and has just unveiled its prototype for the new Hendo Hoverboard 2.0.

Arx Pax engineer Kyle O’Neil tells The Associated Press that he and his team have worked to increase the battery power in the new model and have made it look more like a traditional skateboard than the prototype they unveiled back in 2014 with the help of skateboarding legend Tony Hawk. The new board also has a four-engine design that will reduce drag and let it lift off from the ground more easily. The new model is also a lot quieter than the original model, which was notably loud when in use.

Wired’s Brent Rose recently traveled to Arx Pax’s headquarters to take the new hoverboard out for a spin and he found that it was definitely more stable than the original model, although he still had trouble steering himself, as you’ll see in the following video.

You can also check out the AP’s full video on the new hoverboard design below.