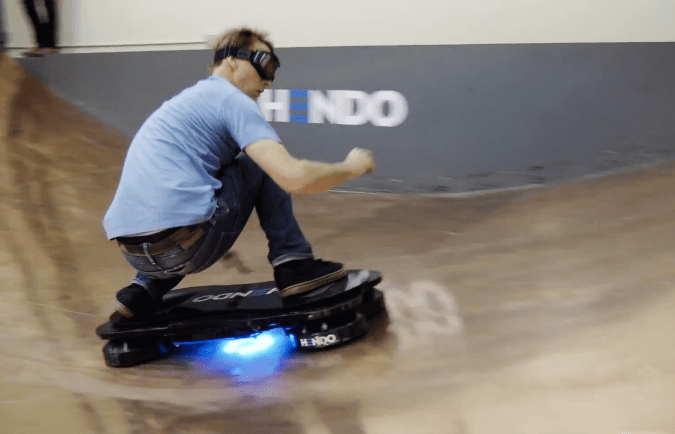 If you’re going to start a Kickstarter project for a hoverboard, then you’d better get someone with real skateboarding credibility to help you pitch it to an understandably skeptical public. The team at Hendo Hover made a splash this month when launched a new Kickstarter project for its Hendo Hoverboard and got none other than skateboarding legend Tony Hawk to try it out first hand in its promotional video.

As you can see in the video above, Hawk performed some basic tricks on the working hoverboard and maneuvered it up and down a small half-pipe. The hoverboard itself is designed much more like a mini-hovercraft and it isn’t the floating wheel-free skateboard that first captured the world’s imagination in Back to the Future II. Nonetheless, it looks like an amazing feat of engineering that left Hawk very impressed.

Hendo is also working on future hoverboards that will look much more like what we saw a young Michael J. Fox riding around on all those years ago. The future hoverboards will be much thinner than the one we see in the Tony Hawk video and will be able to levitate up to one inch off the ground.

Hendo has already blown past its original $250,000 goal on Kickstarter in just three days and has now raised over $450,000. Getting your own hoverboard will be pricey, however, as you need to pledge a whopping $10,000 just to get your own model. Hendo estimates that the hoverboards will actually arrive in October 2015.

To learn more about the Hendo Hoverboard Kickstarter project, be sure to check out its page at the source link below.