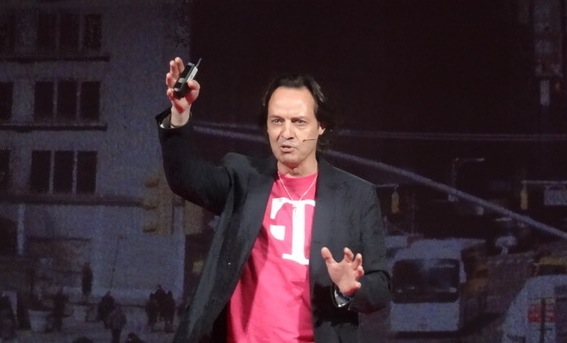 T-Mobile CEO John Legere strikes a rather populist tone compared to your typical businessperson and now he’s going after “greedy hedge funds” who are allegedly trying to block his company’s merger with MetroPCS (PCS). Per Bloomberg, Legere this week expressed confidence that MetroPCS shareholders would vote in favor of merging with T-Mobile “despite the greedy hedge funds that are trying to take a double-dip out of that process.” Legere went onto explain that big hedge funds who own large stakes in companies typically make a lot of noise during acquisitions because they want “to get more money” through empty sabre rattling. Legere also made headlines this week when he described rival carrier AT&T’s (T) mobile plans as “the biggest crock of s—” he’s ever seen.