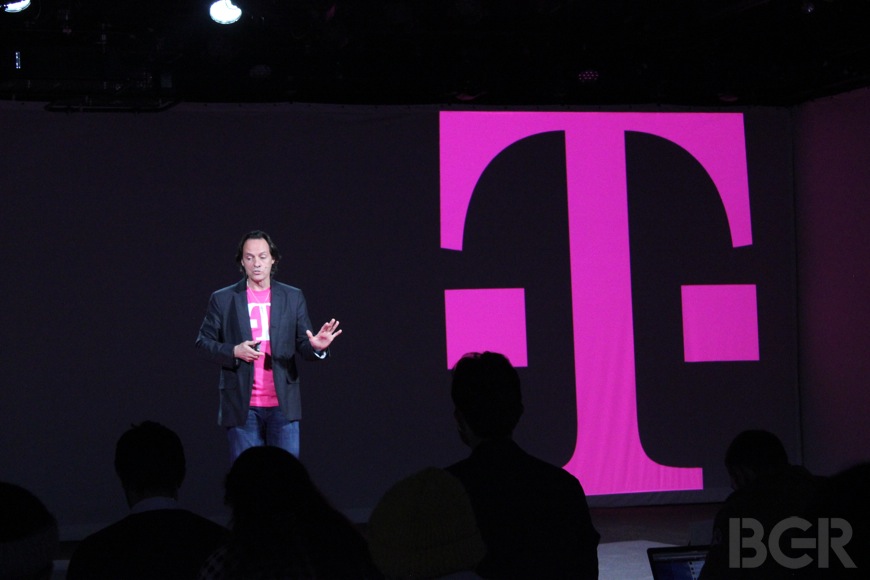 Just as you should always be especially wary of politicians who run for office by claiming that they aren’t politicians, so too should you be wary of profit-seeking companies who claim that they’re not only after your wallet. I mention this particular public relations technique because it happens to be the same strategy that T-Mobile is employing with its “UNcarrier” initiative, a clever attempt to rebrand the company as a consumer-friendly alternative to the twin evil empires of Verizon (VZ) and AT&T (T).

“This is the biggest crock of s— I’ve ever heard in my entire life,” he said at one point of the mobile industry’s practices. “Do you have any idea how much you’re paying? Customers love smartphones, everyone hates contracts… if you come to T-Mobile, you’ve signed your last contract.”

All of this sounds nice — LTE data overage fees truly are ridiculous, two-year service agreements are irritating and it would be nice to have simpler billing practices from wireless carriers. But how much better is the deal that T-Mobile is offering you over those of its rivals? The answer is, “Better but not by as much as T-Mobile wants you to think.”

Let’s consider the payment plan that T-Mobile is offering users who want to pay low prices for new smartphones. The carrier lets users buy big-name smartphones such as the iPhone 5 and Galaxy S4 for $99 up front while then making $20 monthly payments for the next 24 months to pay off the rest of the cost of the device. So even if you decide to ditch T-Mobile’s service after just one month on the network, you’re still on the hook to pay the carrier $20 a month for the next two years unless you want to turn your device in.

This may not sound so bad, you say, because at least you’ll have the freedom to stop paying T-Mobile monthly service fees. This is certainly true, but you won’t be taking your shiny new smartphone with you when you go because T-Mobile will not let you unlock it until you’ve fully paid off the cost of the device. So if you leave T-Mobile shortly after buying a phone, you’re essentially stuck with a brick that you either have to pay off in full right away or return to T-Mobile before you can really move on to a new carrier.

So what’s the advantage to signing onto a T-Mobile plan, then? Well, it is nice to pay less up front for your smartphone and to not be forced into paying T-Mobile for wireless service that you’re unhappy with for two years. And while T-Mobile will throttle your data down to lower speeds on capped plans if you exceed your monthly LTE data limit, it won’t gouge you with overage fees as AT&T and Verizon do. And T-Mobile has generally tried to make its data plans more affordable than its larger rivals’ plans, which should only continue if the company is successful in its attempts to buy MetroPCS (PCS).

The bottom line here is that while T-Mobile’s plans are a welcome change from the status quo, consumers should keep their expectations in check for what they will and will not deliver. To use Legere’s own colorful language, the world’s second-biggest crock of s— can still be pretty big.