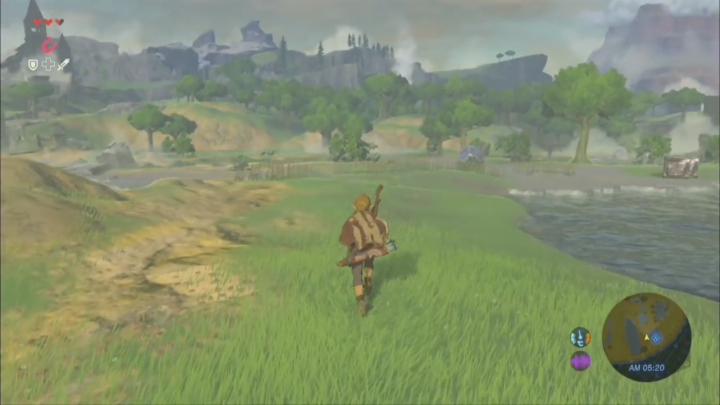 Save for possibly Pokemon Sun and Moon, The Legend of Zelda: Breath of the Wild is the most anticipated Nintendo game of the near future. The title is coming to both Wii U and Nintendo’s recently announced Switch console, but all the footage we’ve seen so far has come from the Wii U version of the game.

Sadly, that’s also true of this new footage, but that shouldn’t stop you from watching 40 minutes of gameplay from what might be the Wii U’s last great game.

RELATED: Everything we know about the Nintendo Switch

On Sunday, Nintendo of Japan’s YouTube account shared a new video featuring the cast of Japanese variety show GameCenter DX playing through an extensive demo of Breath of the Wild. You’ve seen some of this before in previous videos, but as it’s less of a guided tour and more of a player experimenting with the various items and systems of the game, there are plenty of never-before-seen moments as well:

Fighting, hunting, cooking, shield surfing — it’s all here in the video, giving Wii U and (future) Switch owners plenty to think about leading up to the game’s launch next year. Although the game is expected to debut alongside the Nintendo Switch next March, Nintendo has not confirmed the release date yet.