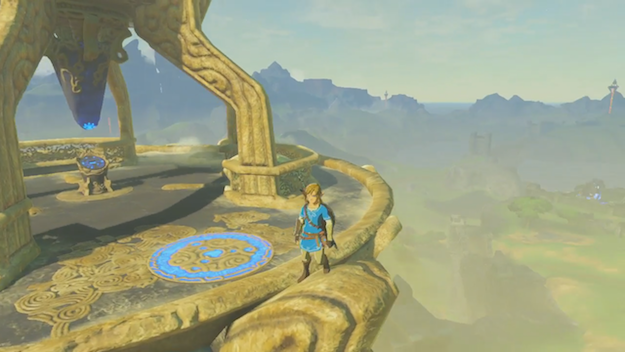 Hours before the long-awaited reveal of the NX, Nintendo has unleashed a new gameplay trailer for The Legend of Zelda: Breath of the Wild. Over the past few months, the company has shared snippets of gameplay on Twitter, but this is the first full-length trailer we’ve seen since the first debuted in June.

DON’T MISS: Nintendo NX will be unveiled on October 20th

In the video (which is unlisted on Nintendo of Japan’s YouTube account at the time of writing), we see Link hunting, swimming, chopping wood, cooking, fighting, rolling boulders down hills and battling a giant monster made of rocks:

Unfortunately, we don’t know if this footage comes from the Wii U or the NX version of the game, but I have a feeling we’re going to find out before the end of the day, as Nintendo is planning to unveil its new console at 7AM PT / 10AM ET.

If a bunch of new gameplay footage isn’t enough to tide you over, Nintendo also uploaded another Breath of the Wild video this week, showcasing the dynamic weather of Hyrule that Link will have to contend with throughout his quest:

The Legend of Zelda: Breath of the Wild launches on Wii U and NX in 2017.