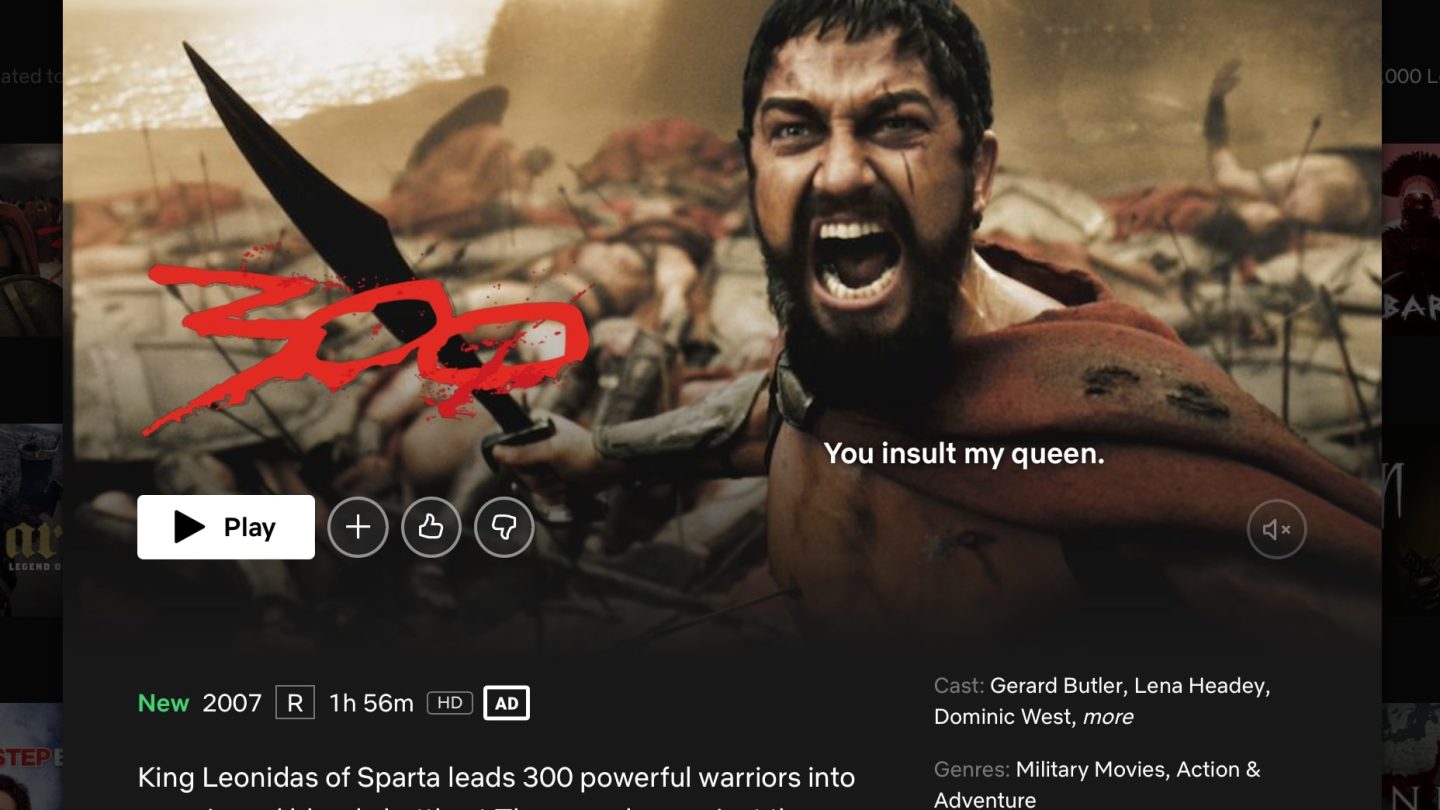 Even without a testosterone-heavy, stylized hack-and-slash action movie from director Zack Snyder that romanticized them, the warriors of ancient Sparta had already gone down as some of the most scarily macho figures in all of world history. I think my favorite story is from the time when an enemy army — led by the father of Alexander the Great — was just outside the city-state of Sparta, and they sent the Spartans a warning note. Basically saying c’mon guys, just surrender. You and your people are in for a world of hurt if we get inside. I’d like to imagine that the Spartans didn’t even blink when they sent back the most passive-aggressive yet supremely cool one-word reply: “If.” Snyder, for his part, depicted similar examples of bad-assery like that one in 2007’s 300 (which is now streaming on Netflix).

Like the time when an advancing enemy for some reason got the idea to yell across the battlefield to the Spartans: Throw down your weapons you guys! I’m paraphrasing, of course. Neverthess, the verbatim reply from Sparta’s King Leonidas turned into a famous battle cry: “Molon labe.” Which is to say, “come and take them.”

Most of the focus during 300 is spent on dramatizing events immediately leading up to and during the Spartans’ loss at the Battle of Thermopylae. The latter was one of the most famous massacres in military history, when a Greek force of just a few hundred men led by the Spartans covered the retreat of a larger Greek force. The former did so, as the movie shows, in the face of a Persian army that was exponentially larger.

In Snyder’s 300 movie, the very brooding Scottish actor Gerard Butler portrays Leonidas. And, as such, he gets to deliver many of the most memorable lines. Like during a confrontation with the imposing Xerxes, who warns Leonidas that “It isn’t wise to stand against me. Imagine what horrible fate awaits my enemies when I would gladly kill any of my own men for victory.”

Leonidas: “And I would die for any one of mine.”

All of which is to say, few historical events were as tailor-made for the Snyder treatment as this one.

Audiences, as you might surmise from the content here, basically loved the movie. Using Rotten Tomatoes as a guide, the 300 movie currently has a nearly 90% audience score. Which is already pretty high. But also even more impressive when you consider that score was derived from more than 250,000 user ratings.

Critics, meanwhile, found comparatively less to be entertained by here. They gave the film a 61% score on Rotten Tomatoes, a percentage based on 236 reviews. Like this one, from the late Roger Ebert in the Chicago Sun-Times. He whined, “300 has one-dimensional caricatures who talk like professional wrestlers plugging their next feud.”