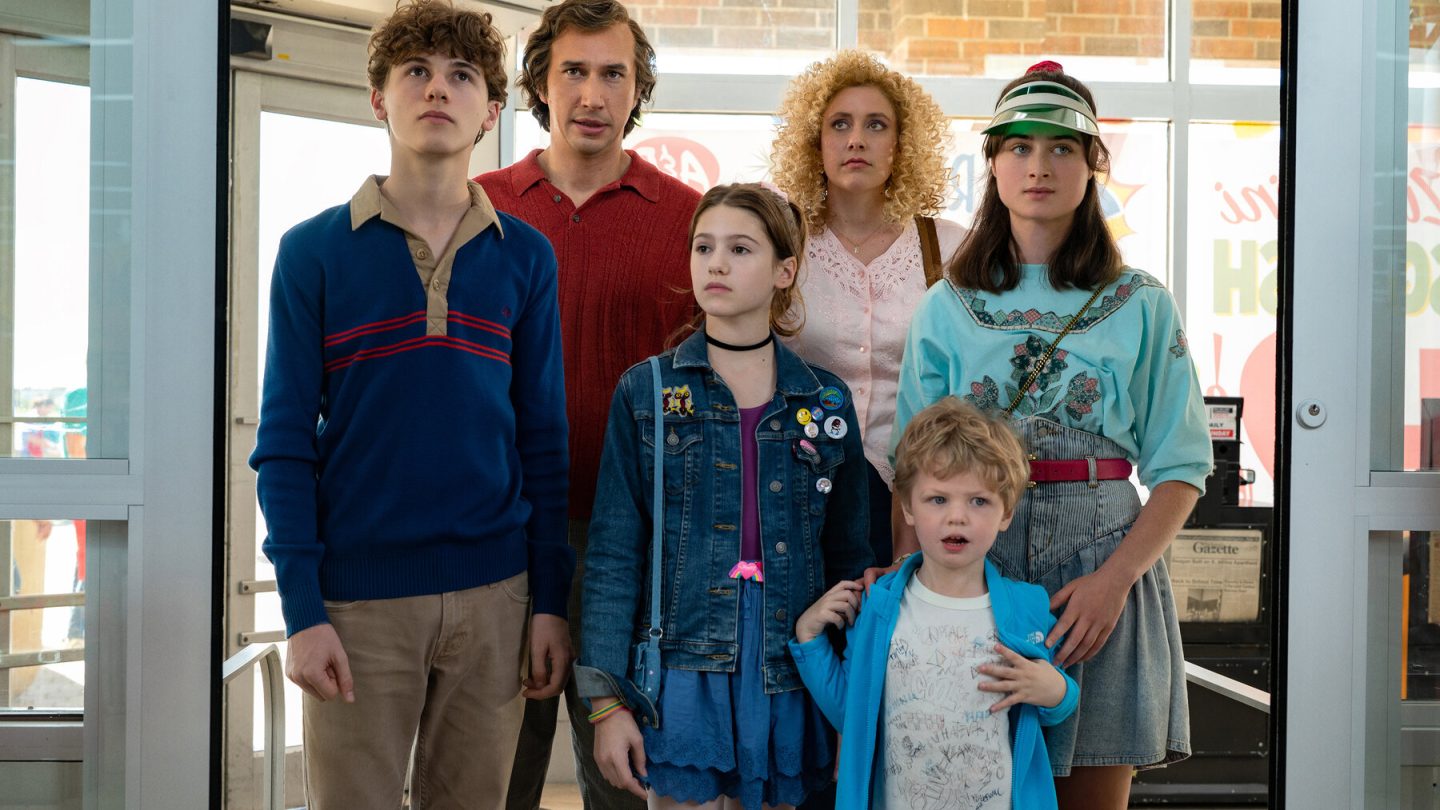 Don DeLillo’s novel White Noise is not the kind of story that you’d think easily lends itself to a feature film adaptation. As Netflix’s logline for director Noah Baumbach’s adaptation of the novel explains, this is a story about a contemporary American family set against the backdrop of the mundanity of everyday life. The family grapples with love, death, and the possibility of happiness in an uncertain world.

The time was 1985, and while America’s Cold War malaise had begun to thaw, in its place could be found a mixture of existential dread and a suburban ennui that ignores one of the strangest truths about life — as Baumbach explains it, “White Noise confronts the idea of death. That the only way to really live your life is to know that it’s going to end.” Like I said, not the easiest material to translate into a compelling motion picture.

White Noise — starring Adam Driver, Greta Gerwig, and Don Cheadle — will be the final original movie released by Netflix in 2022, a year that’s proven especially fruitful for book adaptations from the streaming giant.

On that score, 2022 has also given us adaptations like Blonde, The Gray Man, and Lady Chatterley’s Lover, to name just a few.

For Baumbach, bringing White Noise to life was an extremely personal project. “My father gave me the book when I was in college,” the director said in a Netflix interview. “He was a novelist and loved movies and White Noise was kind of a synthesis of everything he was into.

“He passed away in 2019, and when I reread the book that same year, I was highly affected by it … I had the sense that no matter what was happening in the country, it would feel like it was written for that specific moment. If I had reread it after 9/11 or during the early days of the internet, or when Trump was elected — it’s somehow got something to say about this country that has always been true.”

White Noise will debut on Netflix on Friday, December 30. And so far, the film — to which Netflix gave a brief theatrical run, prior to its streaming debut — has garnered middling reviews from both critics and audiences.

On Rotten Tomatoes, White Noise currently has a 55% score from audiences and a slightly better 63% from critics. Reads the Rotten Tomatoes critics’ consensus:

“White Noise may occasionally struggle with its allegedly unfilmable source material, but Noah Baumbach succeeds in finding the humorous heart of its surprisingly timely story.”