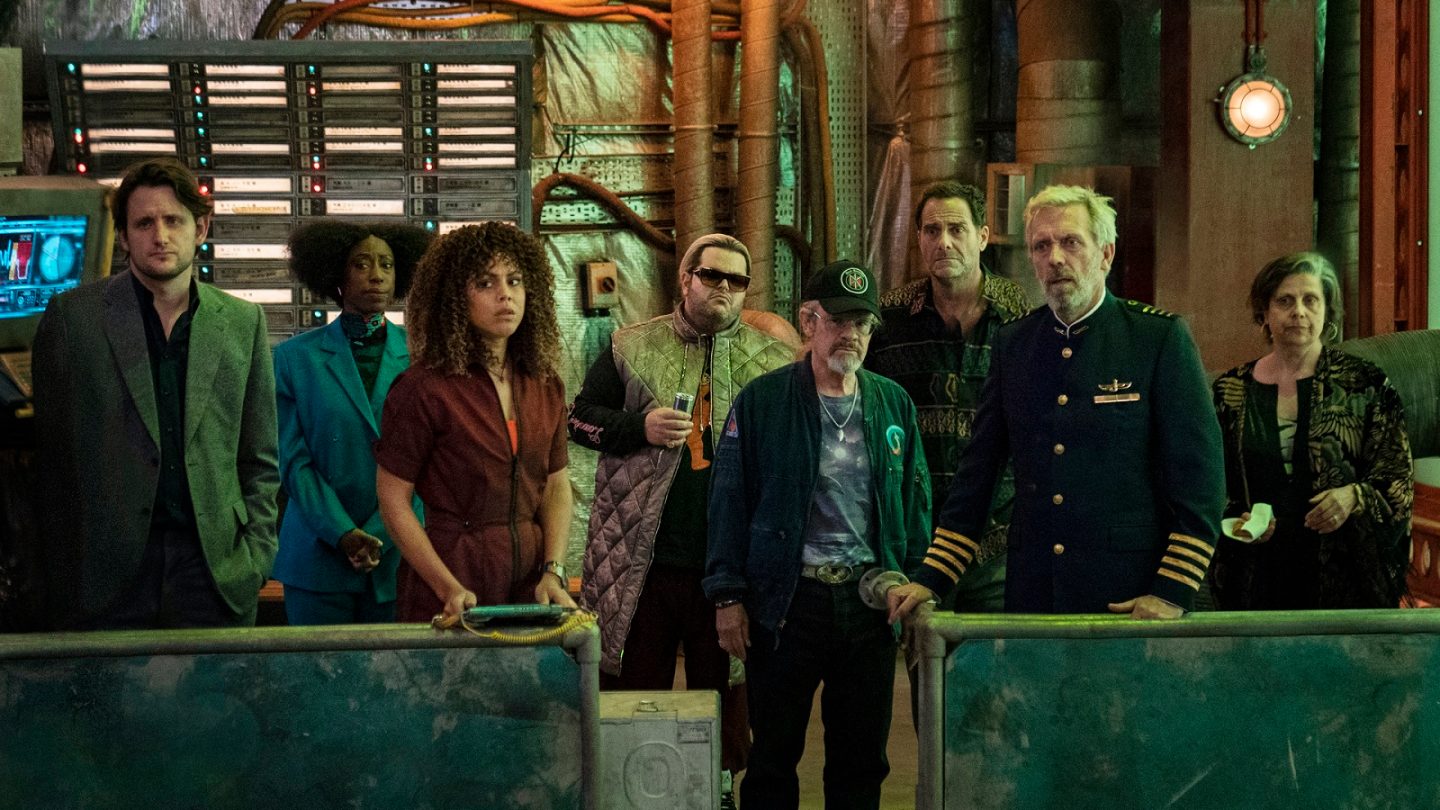 You might not subscribe to every streaming service, but chances are you subscribe to more than one. If so, keeping up with all of the new releases every week might feel like a full-time job. That’s why we decided to round up the most exciting new releases on each service in a single post, so you don’t have to go digging for shows and movies.

HBO’s science-fiction workplace comedy Avenue 5 returns for a second season nearly three years after the first season aired. While the first season was not especially well received, the cast is incredible. Hugh Laurie plays the captain of an interplanetary cruise ship, flanked by the likes of Josh Gad, Zach Woods, Rebecca Front, and Suzy Nakamura.

This Hulu original horror movie explores a reality in which a terrifying internet meme comes to life and starts attacking a teen girl named Asha Chaudry (Sara Wolfkind). Her parents don’t believe her, so she has to stop the monster herself.

Chainsaw Man, one of the most popular manga of the last five years, finally gets the anime adaptation that its fans have been clamoring for. The series follows Denji, a young man who makes a contract with a devil that gives him the ability to turn his body parts into chainsaws. He uses his newfound powers to fight devils for the government.

Robert Eggers has built a cult following over the last seven years with his unique, evocative movies, and The Northman is no different. This epic historical action movie is about a Viking prince out for revenge after his father was murdered. The cast includes Alexander Skarsgård, Nicole Kidman, Anya Taylor-Joy, and Willem Dafoe, to name a few.

The Northman begins streaming on Prime Video on October 11.

Did you know that John Stamos stars in a comedy series called Big Shot on Disney Plus? Did you know that he plays a college basketball coach who was fired from his job in Wisconsin and moved to California where he now coaches a team of high school girls? It’s true! And the entire second season will be available to stream this month.

Big Shot season 2 begins streaming on Disney Plus on October 12.

The Playlist is a dramatized account of the origin story of the music streaming service Spotify. Much like WeCrashed or Super Pumped before it, The Playlist will undoubtedly play up some of the more gripping elements of the story. In this Swedish series, Edvin Endre will play Spotify CEO Daniel Ek as he tries, and succeeds, to change the world of music forever

The Playlist begins streaming on Netflix on October 13.

Laurie Strode (Jamie Lee Curtis) is back for one final encounter with Michael Myers in Halloween Ends. As the name suggests, this will be the final entry in this iteration of the franchise. That said, no horror movie franchise is ever truly over.

This direct-to-DVD (and streaming) Scooby-Doo movie should be another fun romp for the Mystery Inc. gang. But that’s not why Trick or Treat Scooby-Doo! is getting so much attention. At long last, Velma is finally, explicit gay. She develops a crush on female costume designer Coco Diablo (Myrna Velasco) in this movie, and fans are loving it.

If you’re looking for more, here are all of our roundups of new releases on streaming:

We update these lists every month as the streaming services reveal their lineups.