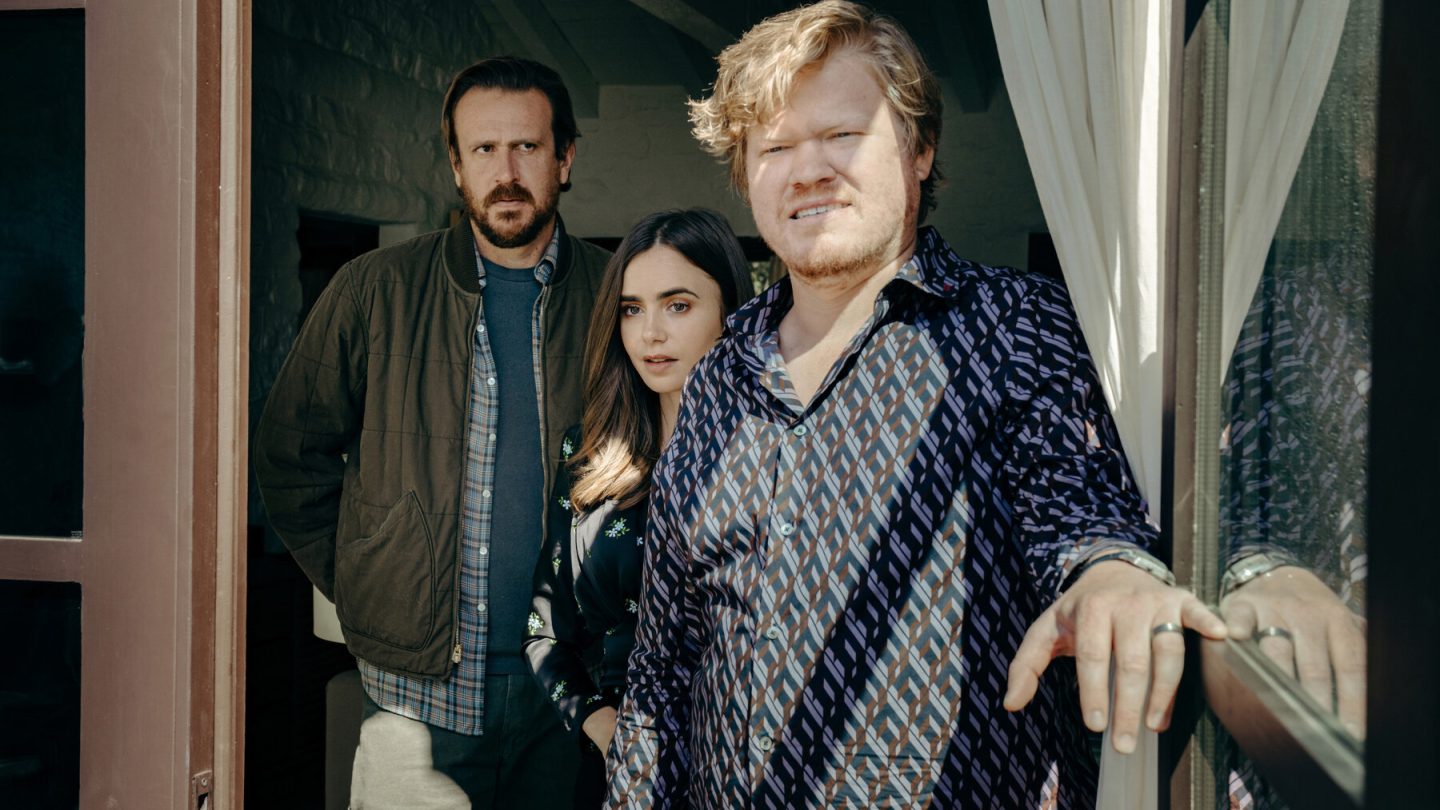 Here’s an idea for a movie. Throw Jason Segel, Jesse Plemons, and an inscrutable, very much Emily-no-longer-in-Paris Lily Collins together in a house, give Jason a gun, turn it into a claustrophobic robbery situation, and voila. You’ve got the basic idea behind Windfall. A new Netflix original movie hitting the streamer this weekend, and one that has a vaguely Hitchcockian vibe, to boot. Complete with a soundtrack reminiscent at times of the menace of Psycho.

The house where this all takes place, by the way, is very much a fourth character in this tale. Director Charlie McDowell (who’s also Collins’ real-life husband) says in the press materials from Netflix that accompany the film that he actually sort of reverse-engineered the Windfall story to fit a shoot that takes place basically entirely in and around a gorgeous house he found in Ojai, California. And that this project was more or less a way to stay creative during the pandemic.

Windfall will be available to stream on Netflix starting on Friday, March 18.

“For me personally, the connection that I made was I really felt like this is a film about being imprisoned in your own space, which felt very much like what we’ve been going through in a pandemic,” McDowell said in the Netflix film notes. “We didn’t want to make a ‘pandemic movie,’ but we wanted to make something that captured the feeling of this moment and being trapped and how, even when it’s a beautiful space, we start to break down and go crazy.

“I found that really interesting. I’ve now told a few single location stories and what I find interesting, especially through beautiful spaces is finding what is the dark side to that space? And having the setting reflect what the characters are going through.”

Netflix’s official synopsis for this 91-minute film is pretty bare-bones. The viewer here basically follows a wealthy couple who arrive at their vacation home and come face-to-face with a robber.

The cast members’ parts are similarly minimalist in their respective descriptions. Collins plays, simply, the “wife.” Plemons is the “CEO,” and Segel’s character description reads, simply, “nobody.”

The original screenplay was based on a story from Segel. And was written by McDowell as well as Andrew Kevin Walker.

“It’s interesting that you analyze it as ominous and scary because of shots of a beautiful space, and that’s what I hope people get from it,” McDowell continued. “You’re always trying to figure out where this is going, and I certainly leaned into that with the music and the script of film. I wanted it to feel much like a classic noir and have it big in this space … It is an independent film. It is all shot at one location, so you could view that as a tiny film. But I wanted everything about it to feel big and uncomfortable.”