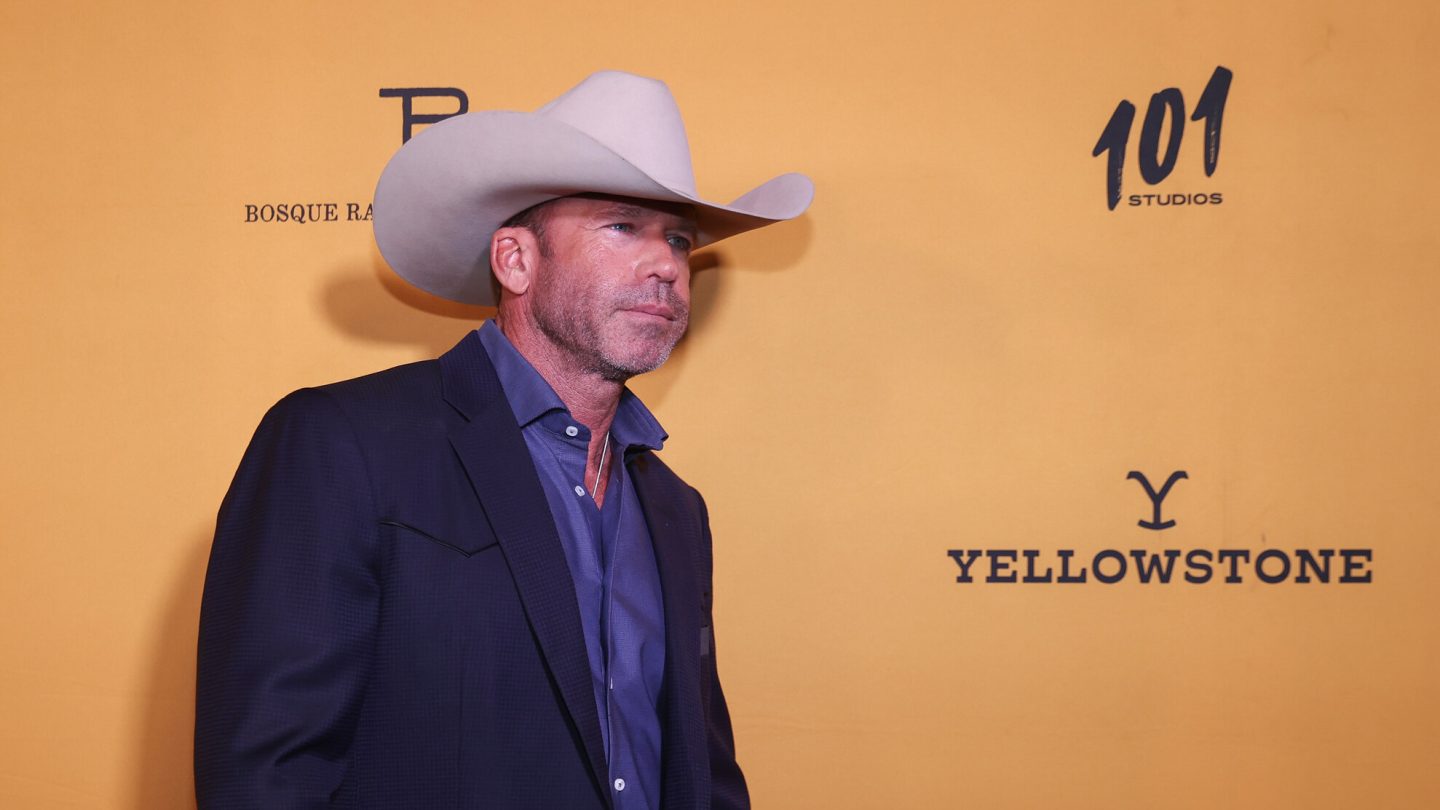 We’re just a few weeks away now from the release of yet another Taylor Sheridan series that’s coming to Paramount Plus — the Great Depression-era 1923, which is simultaneously a sequel to 1883 (also a Sheridan-created show) and a prequel to Sheridan’s Kevin Costner-led Yellowstone, one of the biggest shows across the whole spectrum of TV at the moment.

The latter has been described as a kind of Red State Game of Thrones, and while the prolific Paramount Plus show creator has always resisted such descriptions of his hit dynastic drama that’s built around a sprawling Montana cattle ranch, what’s not in dispute is just how much of a TV hitmaker Sheridan has become in recent years. The Paramount network certainly can’t get enough of him, with half a dozen other Sheridan series either in the works or coming soon (including 1923).

The cast for the latter includes Helen Mirren and Harrison Ford — in what will be his first major TV role — who will portray an earlier generation of Yellowstone’s Dutton family members living through pandemics, a drought, the end of Prohibition, and the Great Depression, all while defending their home.

Given how big of a series Yellowstone is — its Season 5 premiere in November, for example, drew a cumulative viewership of 12.1 million, making it the biggest scripted series premiere of 2022 — you might assume this is the current audience favorite of all of Sheridan’s Paramount series.

The Rotten Tomatoes data, however, tells a slightly different story.

Of the four Sheridan dramas currently available (three on Paramount Plus, while Yellowstone currently streams on Peacock) 1883 — which follows an early generation of Duttons as they head west to settle in Montana — actually has the highest Rotten Tomatoes critics’ score of them all at the moment (89%).

In terms of the highest audience score for the time being, that honor actually goes to a Sheridan drama that’s received less critical attention than the other three: Mayor of Kingstown (again, an 89%). That series, starring Jeremy Renner and Kyle Chandler, tells the story of a family of power brokers in Kingstown, Michigan — a company town, where the prison system is the main industry.

Here are the critics’ and audience scores, together, for all four current Sheridan shows:

Worth noting: Those scores do, at a minimum, assign a number to people’s subjective preferences, but while they tell us which shows are more “popular” as of this writing, it’s also worth keeping in mind the apples-to-oranges nature of the comparison.

The Sylvester Stallone-led Tulsa King, for example, only just debuted its first episode weeks ago. Yellowstone, on the other hand, has five seasons under its belt, while 1883 was always envisioned as a one-season show — and the second season of Mayor of Kingstown is coming in January. More TV, in other words, is going to correspondingly draw more ratings and critical feedback. And the scores for Sheridan’s newer and less-established Paramount Plus shows, like Tulsa King, will no doubt change as they rack up more episodes.

All that said, though, that is a lot of TV for any one creator to reckon with. And Sheridan — who famously abhors writers’ rooms and prefers to craft everything about all of his shows himself — still has a ton more in the works and coming to Paramount Plus soon.