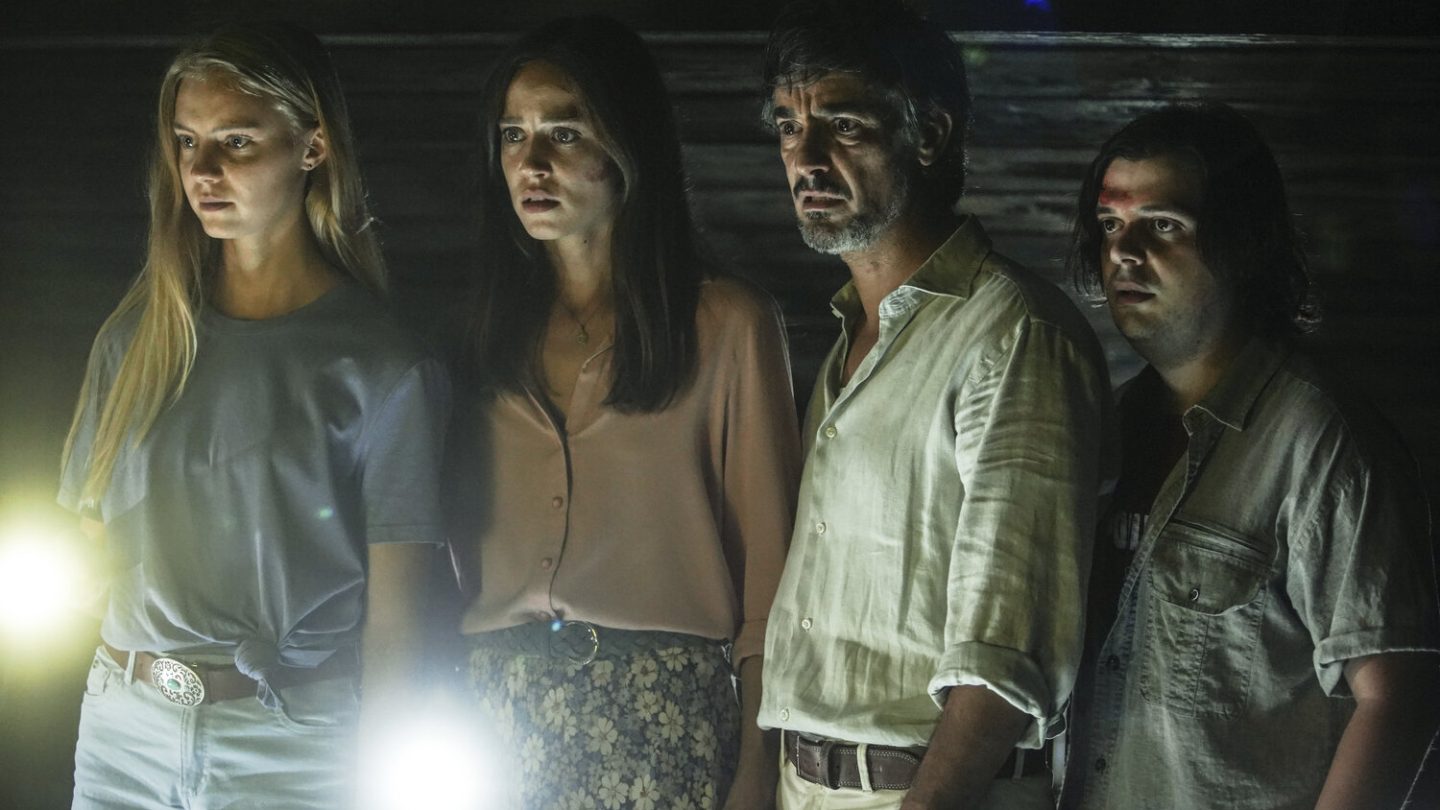 Barely ten seconds into the trailer for A Classic Horror Story — one of several new and original horror movies on Netflix to debut in recent weeks — there’s already so much that feels familiar. Familiar to fans of the genre, that is. Then again, based on Netflix’s official description for this terrifying new addition to the streamer, that’s kind of the point. That’s the trick it wants to pull on you, before … well, what else? Before attempting to scare you half to death. “A camper. A car crash. An abandoned house. Children’s music in the background,” Netflix teases. “Think you’ve seen it before? Look again.”

From the opening moments of the trailer, we see a scene bathed in an exceedingly ominous shade of red. A slow-motion close-up of a deer, mounted on a wall. Incongruously cheery music plays in the background. A heavy door swings open, and a slow-walking figure dragging what looks like a heavy hammer of some kind across the flurry shuffles in.

Now there’s a close-up of a whimpering, gagged woman, lying on the floor. Staring in the direction of this new arrival.

Take Leatherface crossed with the folk horror vibes of MIDSOMMAR and the self-awareness of EVIL DEAD and you get A CLASSIC HORROR STORY.

“Five carpoolers travel in an RV to reach a common destination,” reads an English translation of this Italian-language feature, from Netflix’s press materials. “Night falls, and to avoid an animal carcass they crash into a tree. When they come to their senses they find themselves in the middle of nowhere. The road they were traveling on has disappeared; now there is only a dense and impenetrable forest and a wooden house in the middle of a clearing.”

As if all that wasn’t bad enough, the new arrivals find that this is the home “of an unmentionable cult.”

Sound intriguing? Well, the best part for fans of the genre is that there’s plenty more to choose from on the streamer once you’ve given this one a try. A Classic Horror Story, as we noted above, is also part of a growing crop of buzzy horror movies on Netflix at the moment. Others include the Fear Street trilogy, based on a book series by R.L. Stine. As well as the Guy Pearce-led Seventh Day. It tells the story of an inexperienced priest who “teams up with a hardened exorcist to stop the demonic possession of a young boy. But darkness lies where they least expect it.”

As far as the Fear Street movies, the third and final installment in the trilogy was just added to the streamer a few days ago. That title — Fear Street Part Three: 1666 — concludes the narrative centered around the town of Shadyside. In it, the origins of Sarah Fier’s curse on the town are finally revealed.

“In 1994,” per Netflix’s overview of the flick, “a group of teenagers discover the terrifying events that have haunted their town for generations may all be connected — and they may be the next targets. Based on R.L. Stine’s best-selling horror series, Fear Street follows Shadyside’s sinister history through a nightmare 300 years in the making.”