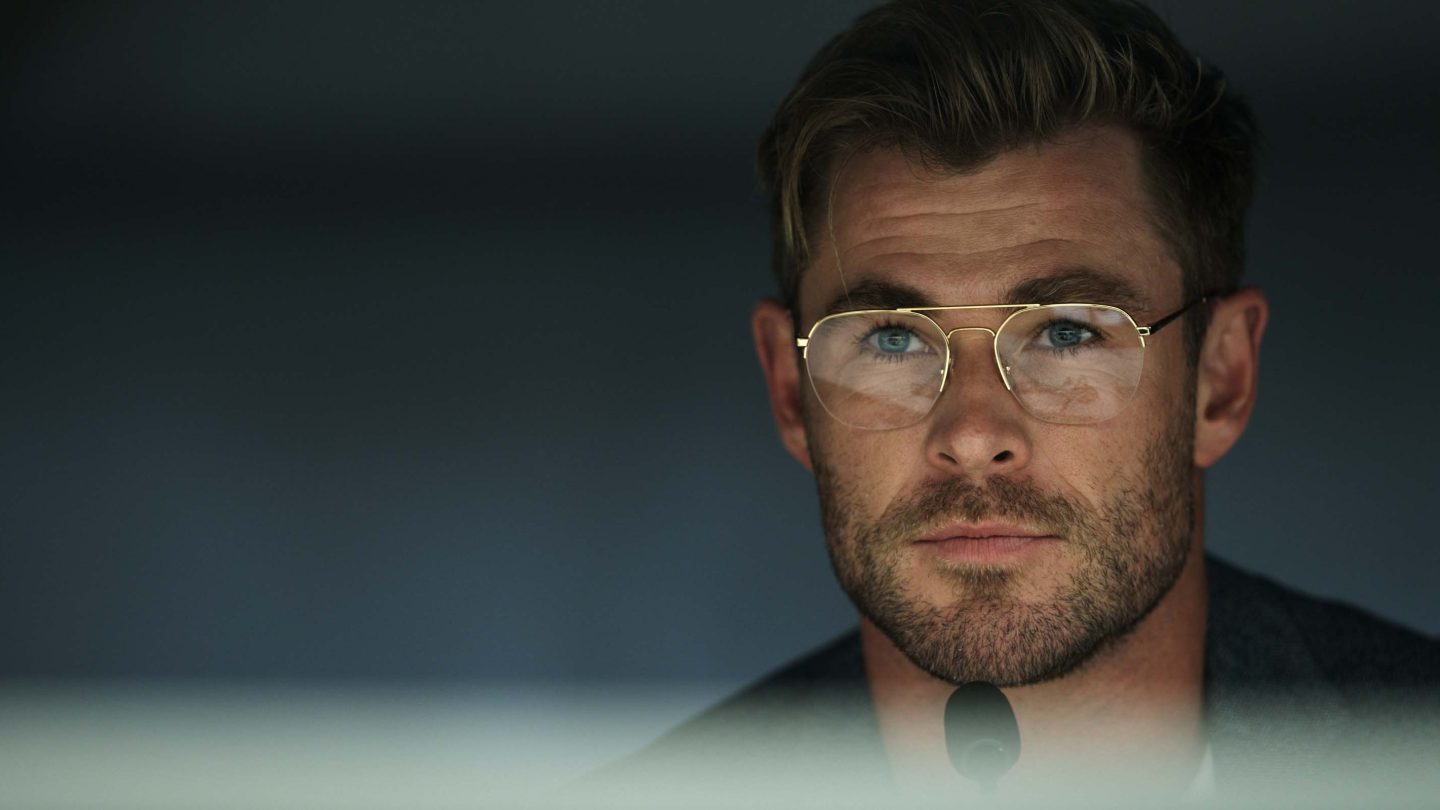 This weekend will more than likely see the unusual occurrence of two movies — one starring a husband, and the other his wife — occupying separate positions on Netflix’s Top 10 ranking for the US. The former will come in the form of Spiderhead. That’s the name of a new film starring Chris Hemsworth that (given how high-profile an actor he is) will very likely spend at least some amount of time on the streamer’s Top 10.

As for his wife, Elsa Pataky, her movie Interceptor is still hanging on to one of the bottom rungs of Netflix’s Top 10 list. It’s at #9 today and may well slip out of the Top 10 altogether soon. But there’s also just as good a chance that both movies will give the husband and wife at least a day or a few days of being on the ranking together with both of their movies.

Spiderhead, in brief, is based on a short story that writer George Saunders penned for The New Yorker. And it was directed by Top Gun: Maverick’s Joseph Kosinski.

“In a state-of-the-art penitentiary run by brilliant visionary Steve Abnesti (Chris Hemsworth),” Netflix’s summary explains, “inmates wear a surgically attached device that administers dosages of mind-altering drugs in exchange for commuted sentences. There are no bars, no cells, or orange jumpsuits.

“In Spiderhead, incarcerated volunteers are free to be themselves. Until they’re not. At times, they’re a better version. Need to lighten up? There’s a drug for that. At a loss for words? There’s a drug for that, too. But when two subjects, Jeff (Miles Teller) and Lizzy (Jurnee Smollett), form a connection, their path to redemption takes a twistier turn, as Abnesti’s experiments start to push the limits of free will altogether.”

Hemsworth’s new movie will debut on Netflix on Friday, June 17.

In terms of how it’s been received so far, the early reviews haven’t exactly been raving. At the moment, Spiderhead has a low 62 percent critics score on Rotten Tomatoes based on 39 reviews right now. Including one, from The Associated Press, which reads thus. “Some of these choices work, some are silly and some come across as downright mean … Ultimately, Spiderhead just seems a little unsure of what it is or what it’s supposed to be.”

The Rotten Tomatoes critics census goes on to praise Spiderhead’s “top-shelf cast and well-written source material” as being “almost enough to compensate for its frequent failure to live up to its potential.”

“When a simultaneous coordinated attack then threatens the base itself,” Netflix explains, “Collins comes face-to-face with the charismatic yet crooked Alexander Kessel (Luke Bracey), a former US military intelligence officer intent on carrying out an unthinkable plan. With only minutes on the clock, Collins must utilize her years of tactical training and military expertise to determine who she can trust and stop Kessel and his covert mercenaries from completing their twisted and terrible mission.”