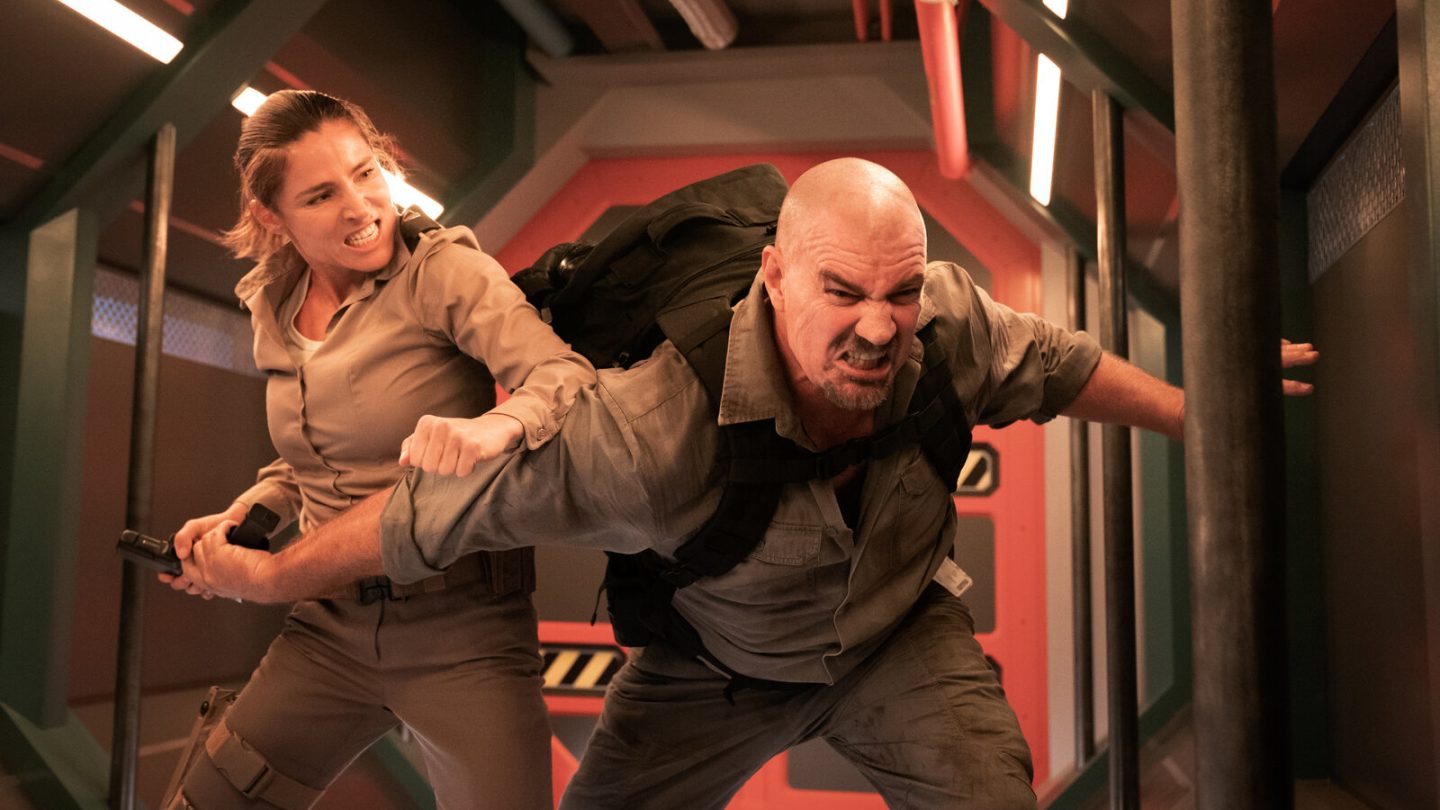 The daily Top 10 lists of content that Netflix maintains inside its family of web and mobile apps offer a fun way to keep tabs on what’s popular and trending on the service at any given moment. But the ranking of titles you often find therein is a curious thing to behold. Take, for example, the newly released Interceptor, the top-ranked Netflix original movie in the US as of the time of this writing.

It’s an action-packed thriller with a charismatic leading actress. Critics, nevertheless, ripped it apart. Audiences don’t seem to be responding well to it, either. All that said? Interceptor is, improbably, the #1 move on Netflix in the US right now. Go figure.

By the way, the movie isn’t simply #1 on Netflix in the US. Director Matthew Reilly’s 90-minute drama pitting actress Elsa Pataky’s character, Army captain “JJ Collins,” against terrorists trying to take over a nuclear interceptor base has also managed to earn another distinction.

Interceptor is the #1 Netflix original movie worldwide right now, too. That’s according to Netflix’s latest weekly Top 10 lists, which the streamer publishes every Tuesday. The lists measure the total hours viewed over a 7-day period — and for the stretch from May 30-June 5? Interceptor was the top English-language movie globally, garnering 35.6 million hours viewed.

Is #netflix “Interceptor”, meant to be a parody of military movies or am I missing something?

The interceptor on Netflix has to be once of the worst movies I have ever seen. Not only was there so much woke bullshit that made it incredibly hard to watch, the acting was PAINFULLY terrible. For sure a 0/10. #theinterceptor #netflix

Meanwhile, here’s the official summary from Netflix. “The tough and reality-bruised Captain JJ Collins (Elsa Pataky) finds herself in charge of a lone nuclear missile interceptor base in the middle of the Pacific Ocean after she is wrongfully drummed out of her dream job at the Pentagon.

“When a simultaneous coordinated attack then threatens the base itself, Collins comes face-to-face with the charismatic yet crooked Alexander Kessel (Luke Bracey), a former US military intelligence officer intent on carrying out an unthinkable plan. With only minutes on the clock, Collins must utilize her years of tactical training and military expertise to determine who she can trust and stop Kessel and his covert mercenaries from completing their twisted and terrible mission.”

The real head-scratcher is how the movie was able to rocket up the Netflix charts, given the less-than-stellar reaction to it.

Furthermore, the story is even worse from the audience’s side. The Rotten Tomatoes audience score for Interceptor currently stands at 25% so far, based on more than 100 user ratings.

“OMG this is so bad,” one Rotten Tomatoes user wrote on the review aggregation site. “Atrocious acting, writing, and woke messaging shoved down your throat.”