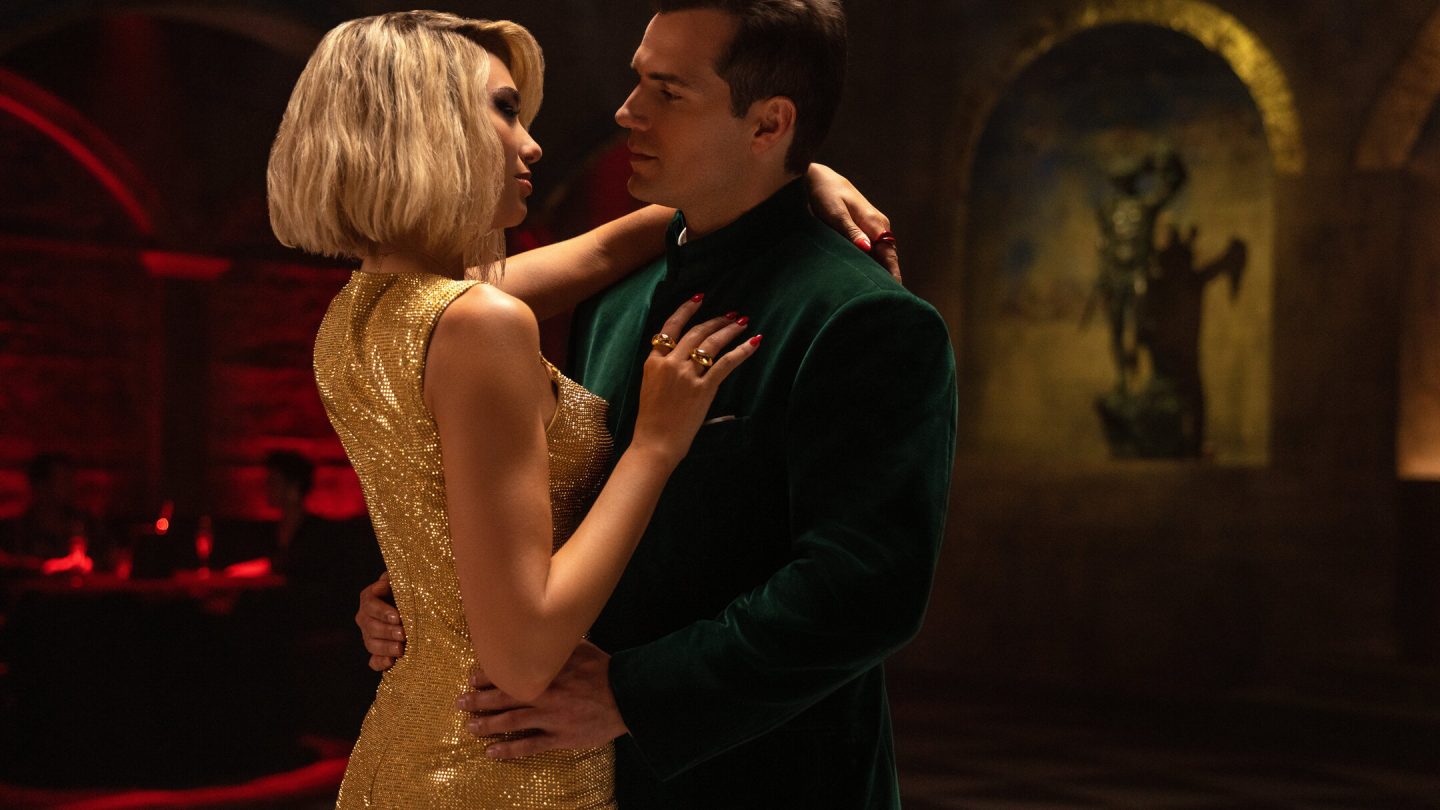 As a fan of spy movies and TV shows like Tehran and Slow Horses on Apple TV Plus, I naturally was excited by the news that Apple has also paid a serious chunk of change to bring Argylle — a lavish, star-studded spy movie — to its streamer, sometime in 2023.

The cast for the movie, based on a forthcoming book of the same name, includes pop superstar Dua Lipa, as well as The Witcher’s Henry Cavill. We’ll also see Sam Rockwell, Bryce Dallas Howard, Bryan Cranston, Catherine O’Hara, John Cena, and Samuel L. Jackson in the movie, which is apparently about a novelist who’d once been a superspy and who now suffers from amnesia.

I say “apparently,” because here’s the thing. There’s a pretty strange mystery surrounding this movie and its source material. Long story short, no pun intended, what the iPhone maker bought here is the rights to make a $200 million Apple TV Plus movie out of a novel from 1) a first-time author named Elly Conway with 2) almost no presence of any kind online. And it gets even weirder.

In addition to Apple spending a huge sum of money to adapt something from a super-mysterious, first-time writer — who barely has a digital footprint, beyond 4) an empty Instagram account with no posts and that follows no one (@authorellyconway) — the book that Argylle is based on won’t even be published until next year. In fact, this Apple TV Plus deal was reportedly made on the strength of 5) simply a draft manuscript.

That book was actually supposed to be published this month (September 29). But that’s been delayed to March 30, according to The Hollywood Reporter. And while there’s no Amazon landing page for the book yet, there is one for a German-language Kindle edition. It lists the publication date, at least for that Kindle edition, as January 10.

Beyond the Instagram account above, the only other facts that are readily available online about “Elly Conway” are as follows:

There’s a two-sentence biography available via Argylle’s publisher, Penguin Random House: “Elly Conway is the author of the heavily anticipated debut thriller, Argylle. She lives in the United States and is currently working on the next installment in the series.” That page also lists the aforementioned publication date, of March 30, 2023.

Conway’s IMDb credits also include one other movie, in addition to Argylle. Her IMDb page, which describes Argylle as currently in post-production, also seems to identify Conway as a “design assistant” for a 2024 movie that’s in pre-production — It’s The Fall Guy, from John Wick director David Leitch and starring Emily Blunt and Ryan Gosling. (see for yourself).

What we do know

Naturally, the Internet has some theories. But let’s first recap what we do know for certain about the film.

The film’s director Matthew Vaughn (of the Kingsman movies and X-Men: First Class) praised the draft manuscript when Apple first announced Argylle. “When I read this early draft manuscript I felt it was the most incredible and original spy franchise since Ian Fleming’s books of the ‘50s,” he said at the time. “This is going to reinvent the spy genre.”

At Apple’s Peek Performance event in March of this year, meanwhile, the company also released a blink-and-you’d-miss-it snippet of footage from Argylle, as part of an Apple TV Plus sizzle reel. You’ll find it at around the 3:20 mark in the YouTube video embedded below:

One of the most interesting theories about all this online is that Conway is actually a pseudonym for a creator with an established track record, which feels like a better explanation for why Apple TV Plus would get behind a project like this, from a first-time writer, in such a big way.

J.K. Rowling being “Elly Conway” is one of the juiciest suppositions that’s being mentioned in light of all this on Twitter and Reddit. A conclusion I certainly can’t fault people for coming to, especially since she’s written under a pseudonym before. Another prevailing theory, though, is that this is all some kind of marketing stunt.

Or, even, that some kind of nepotism is being disguised with this whole charade. That theory calls to mind a Hollywood Reporter investigation, from 2017, into the mystery of “Rebecca Blunt,” the writer of director Steven Soderbergh’s movie Logan Lucky. As it turns out, there is no such person in existence — and the piece pointed to none other than Soderbergh’s wife as the likely writer of Logan Lucky. Hopefully, Apple will clear up the mystery here soon, one way or the other.