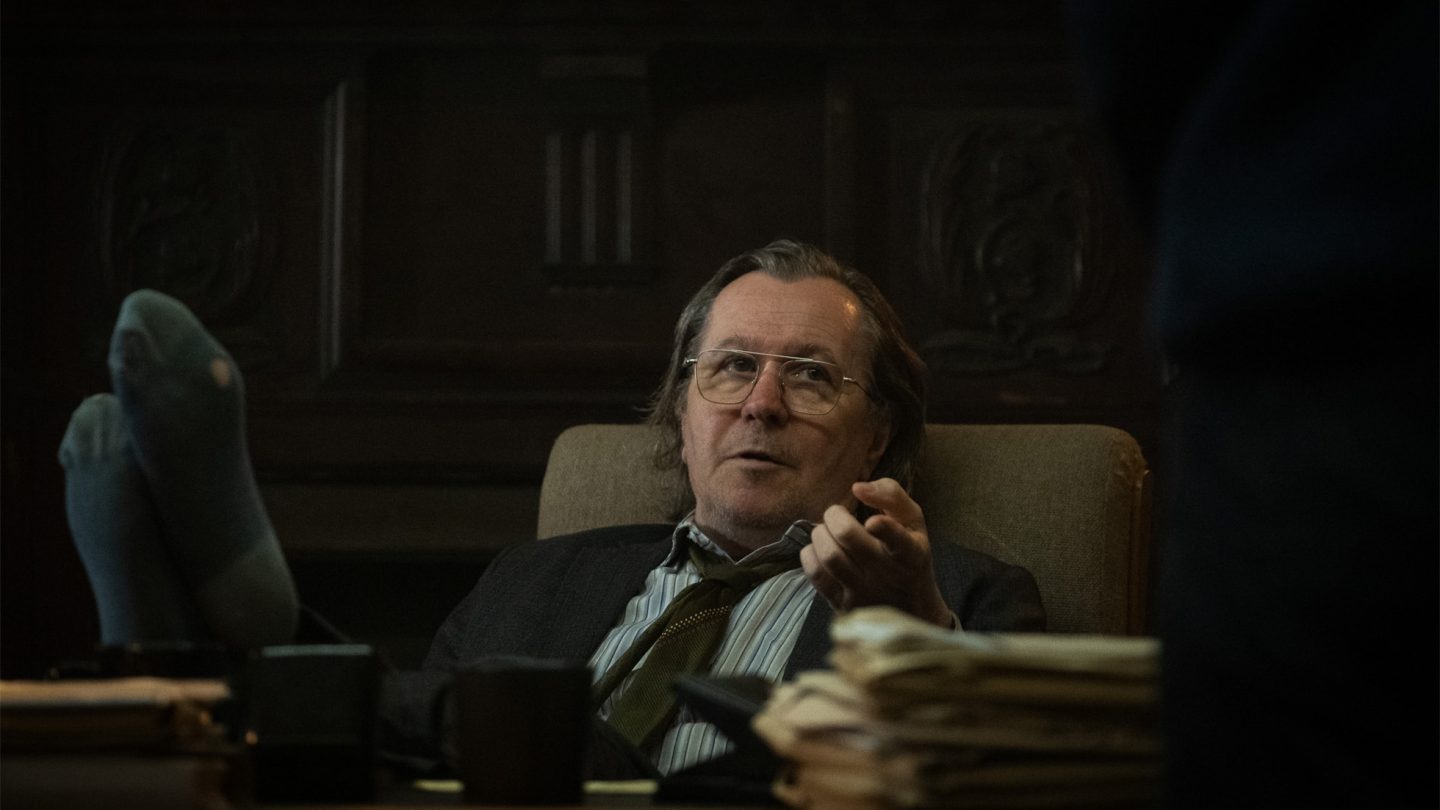 The late John le Carre, widely considered the father of the modern spy thriller, penned one of my favorite quotes ever about the skullduggery and secrecy that spies engage in. “We are not policemen,” he had one character declare in his novel A Most Wanted Man. The character continues: “We are spies. We do not arrest our targets. We develop them and redirect them at bigger targets. When we identify a network, we watch it, we listen to it, we penetrate it and by degrees we control it.”

Two Apple TV Plus shows on the iPhone maker’s streaming service, in my opinion, very much live up to the le Carre aesthetic, found in classics of the genre like The Spy Who Came in From The Cold. One is an all-new show. Slow Horses, which boasts a star-studded cast led by Gary Oldman and is based on the Slough House series of novels by Mick Herron. The other is a returning show — the forthcoming season two of an Israeli spy series called Tehran. Which also comes from the writer of Netflix’s Fauda.

On Friday, April 1, Apple dropped the first two episodes for Slow Horses. A title that, you come to find out, is a bit of a disparaging pun. Basically, the show is about a kind of outpost for washed-up spies who couldn’t cut it in the main MI5 office. So they’re put out to pasture. They’re the slow horses, as it were.

“I know it’s not easy being banished from MI5 to my department,” Oldman’s character Jackson Lamb says at one point in the trailer. “But that’s on you. Only screw-ups get sent to Slough House. And I’ve got to be honest. Working with you has been the lowest point in a disappointing career.”

His spies, Lamb continues, are a bunch of “absolute losers.” But they’re my losers, he defiantly declares. I’ve read Book 1 of the Slough House series, and as you might imagine — Oldman’s character actually cares a lot more about the job, and the people who work for him, than his wisecracks suggest.

Slow Horses will have six episodes in all on Apple TV Plus. Apple’s description notes that the show “is a darkly humorous espionage drama that follows a dysfunctional team of British intelligence agents who serve in a dumping ground department of MI5 known un-affectionately as Slough House.

“Oldman stars as Jackson Lamb, the brilliant but irascible leader of the spies, who end up in Slough House due to their career-ending mistakes as they frequently find themselves blundering around the smoke and mirrors of the espionage world.”

The ensemble cast also includes Kristin Scott Thomas, Jack Lowden, and Jonathan Pryce. And here’s one fun aside about the show. The Rolling Stones’ Mick Jagger loves the books that this show is based on so much that he wrote his first-ever TV show theme song for Slow Horses. The main theme is a tune called Strange Game.

That brings us to Tehran, season two of which is coming to Apple’s streamer on May 6. This eight-episode Apple TV Plus show will drop its first two on the service on May 6. After that, the streamer will debut one episode each week going forward.

I’ve described this show here in the past as basically a Homeland replacement for me. Minus all the parts of Homeland that I didn’t like. Which is to say: There’s none of the melodrama a la Carrie Mathison’s personal demons or her manic mood swings. Nor her struggles with raising a child, or the baffling professional choices she almost always managed to get away with. From episode one of Tehran, Mossad hacker/spy Tamar Rabinyan is dropped deep inside Iran. Into its capital city, in fact, as the show’s title suggests.

She’s there to hack into and disarm the defenses of an Iranian nuclear reactor that the Israelis want to bomb. Needless to say, it goes wrong. And keeps going wrong. Tamar, played by the superb actress Niv Sultan, has to improvise. All of which made for a pretty great first season of a show that kept me on the edge of my seat from start to finish. May 6 can’t get here fast enough.