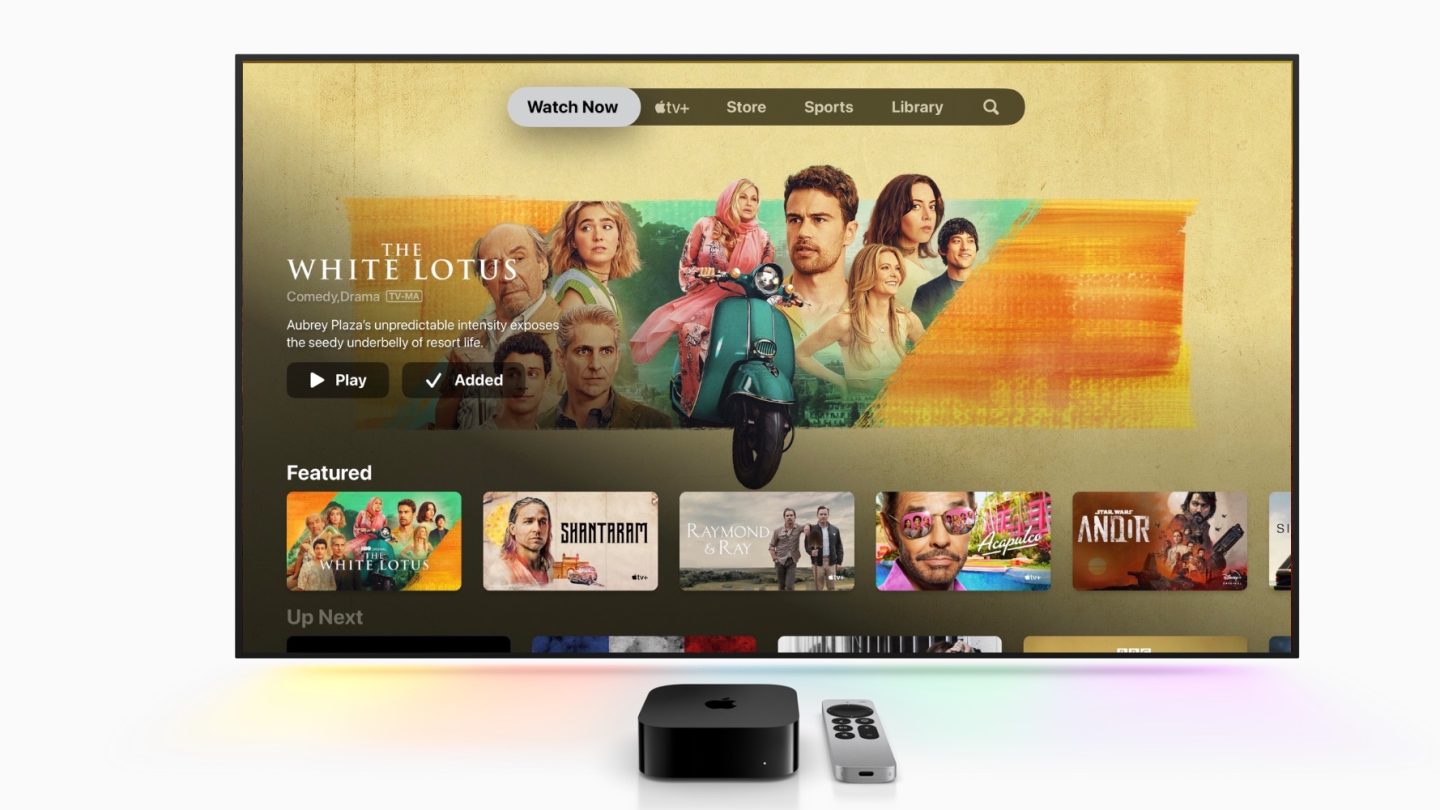 The Apple TV app, home of Apple TV Plus, iTunes library purchases, and ease of access for most of the shows of other streamings you’re watching, changed how users progress on their current TV shows and discover new ones.

Spotted by Twitter user Jon Maddox (via 9to5Mac), the Apple TV app has added a “Featured” row to the app’s top, pushing the content you are currently watching down.

Maddox notes that Apple TV Plus was the latest service to add this “Up Next” row and it’s already removing it in favor of featured shows.

While one could say that bringing this “Featured” row helps you find new content – especially now that Apple charges more for Apple TV Plus –, it also puts the user experience aside as the Cupertino company prefers to promote shows instead of showing users what they’re currently watching.

Although Maddox is running tvOS 16.2, which is currently in beta, it appears to be a server-side change, which means tvOS 16.1 users could see this new design change soon.

For iOS 16.1 users, “Up Next” is still the first row at the Apple TV app. With this future change, Apple follows other streaming services such as Netflix and Hulu that are trying to help users discover new content in a measure to retain users.

Apart from this change and the recent Apple TV Plus price increase, Apple is also adding more ads to the App Store. With more sponsored spots, the company saw itself in a middle of a controversy as it was showing gambling apps even in educational children application searches.

tvOS 16.2 is also said to bring new features useful for users, such as Siri recognizing who’s speaking with the virtual assistant.

The operating system is expected to be released in mid-December alongside iOS 16.2. BGR will report back once we learn more about these changes.