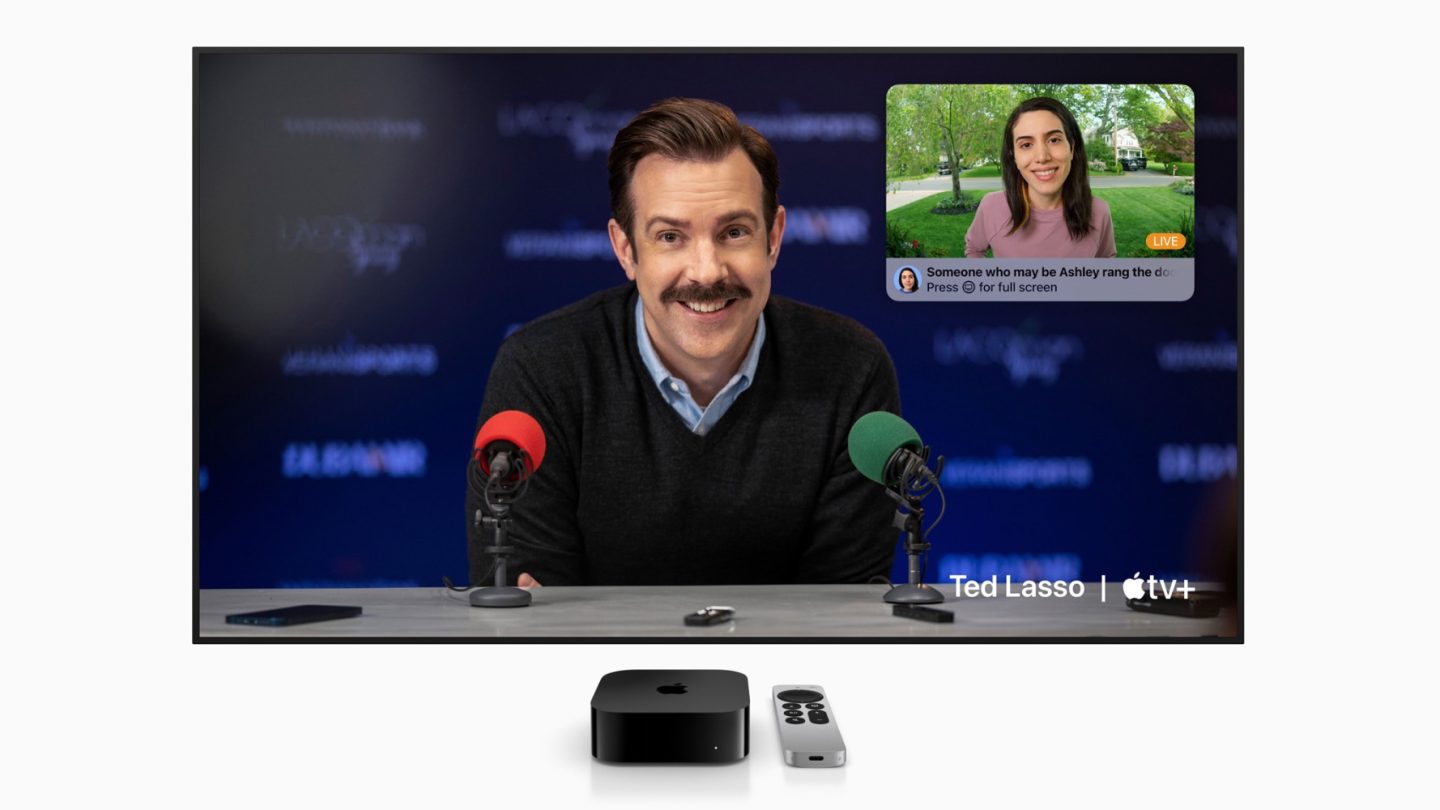 The new Apple TV 4K will be available this Friday. Announced a couple of weeks ago, Apple’s new set-top box now includes a faster chip, HDR10+ support, and a Siri Remote with a USB-C port. With more storage at a cheaper price, here’s what reviewers are saying about this product.

TechCrunch calls the new Apple TV 4K “the best option available in terms of streaming hardware.” Even with the A15 Bionic chip, the publication believes the first-generation Apple TV 4K is still rocking, although it’s noticeable the processor improvements:

the 2022 Apple TV 4K does seem to generally make things snappier when it comes to navigating between the Home Screen and apps, and even potentially within apps as well. It also definitely offers a boost when it comes to using the Apple TV as a gaming device, helping it keep up with the most graphically-demanding Arcade and App Store titles available. With expanded controller support via the most recent tvOS update, the Apple TV is a better gaming console than ever combined with the A15’s performance prowess.

The Verge highlights how Apple “never managed to reinvent the way we watch and enjoy TV shows and movies” although this is why “tvOS is so pleasant to use” as it’s “fairly unambitious.” In its review, the publication thinks the new Apple TV 4K could have added a few other improvements:

Other than ditching Lightning for USB-C, the included Siri Remote is identical to the prior generation. This is largely positive: it’s ergonomic and easy to use, and once you get down the clickpad’s rotational gesture for quickly scrubbing through a movie or show, you’ll rarely bother with the old less efficient way of fast-forwarding and rewinding. I do badly wish that Apple had included a U1 chip in the new remote that would’ve made it easy to hunt down with precision using a nearby iPhone. Failing that, even a built-in speaker would’ve been nice for a “Siri, find my remote” command. This remote isn’t as easy to lose as the previous stupidly thin version, but it still happens to the best of us.

In its Apple TV 4K review, CNET says that although Apple brought the A15 Bionic chip, the set-top box is “no gaming powerhouse” and even with a cheaper price, it’s still the most expensive streamer available.

But even with the new $129 starting price, it still is one of the most expensive streamers available, and there’s not much that takes advantage of the new A15 Bionic chip. It’s hard to recommend the Apple TV 4K when Roku, Amazon, and Google make excellent devices for a fraction of the price.

(…) With streaming services seemingly getting more expensive, your money is better spent on a subscription than on a box. (…) For $129, the new Apple TV 4K is a hard sell compared to its rivals. But if its price falls by $30 to $50? Well, Apple could have a compelling TV product once again.

With new Matter and Thread support, ZDNet thinks the Apple TV 4K could be useful for those who like smart home control.

The Apple TV 4K is definitely worth it for those who’ll enjoy more of those features that go beyond everyday streaming, like smart home control and immersive home theater. (…) Though HomeKit is one of the pickiest smart home systems for security and data privacy reasons, the launch of Matter should broaden the spectrum of compatible devices available in a matter of months. The Apple TV 4K Wi-Fi  + Ethernet model also supports Thread, a wireless communication technology for smart home devices, making it a better choice for smart home users than the Wi-Fi model.

More coverage: Why you should upgrade right now to the new Apple TV 4K