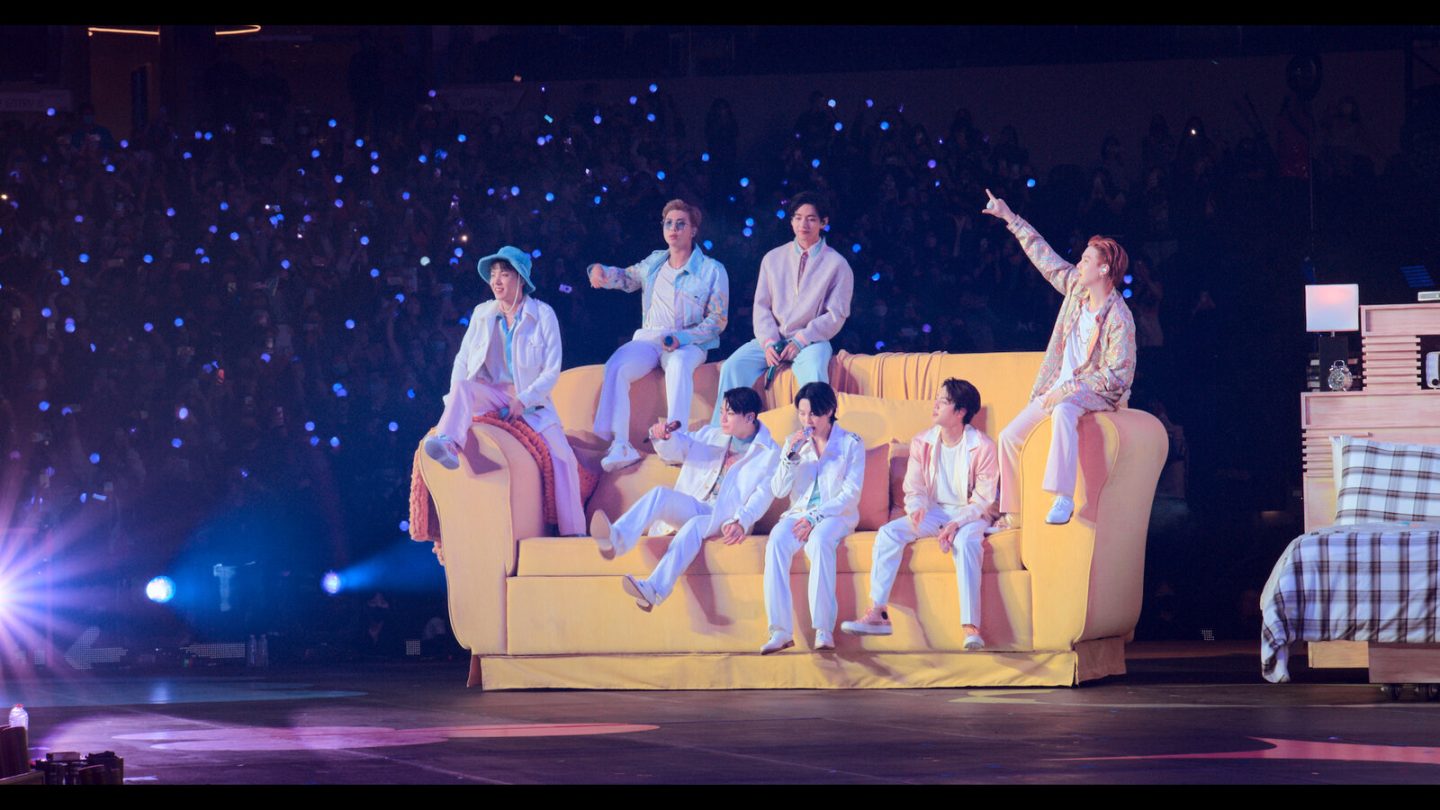 I have a fan of the superstar K-pop group BTS in my household, and — listen, here’s the thing. I was led to believe, earlier this year, that the seven members were taking a short-term hiatus. My wallet, however, would beg to differ, on account of all of the new merch, music, and more that I’ve bought for my BTS fan since that announcement. The wave of new projects and releases has also included the band’s super cute, Animal Crossing-style mobile video game In the SEOM — plus a just-released concert film now available on Disney Plus.

And that’s still not all of the new BTS developments that fans can look forward to in the coming months. BTS is also performing a highly-anticipated live show, for example, in Busan in October.

Meanwhile, we’ll tell you all about the newly released concert film taken from the band’s Permission to Dance tour below. And why now is also the perfect time to sign up for Disney’s streaming service if you’re a BTS fan (because there’s a short-term deal you’ll want to take advantage of).

BTS: Permission to Dance on Stage — now streaming on Disney Plus

Earlier this year, I caught the final show on the final day of the band’s Permission to Dance tour in Las Vegas, which is also where and when the group announced their anthology album Proof that came out a few months ago. Not being familiar with many of the songs, I can nonetheless attest that the band’s show was a supremely thrilling live experience. The lights, the stage designs, the music — it all blends together into a kind of magic trick.

The only prerequisite to being a fan of the group, it seems, is being amenable to feeling good. Once you’re open to the sights, sounds, and to having a good time, they’ve all but got you. Accompanying my superfan to see them live was my first post-pandemic vacation — and, believe me. Once you’ve lived through something like a global public health crisis, tens of thousands of people singing Life Goes On at the top of their lungs absolutely hits different. Whether you’re technically part of the BTS “Army” or not.

It’s also worth adding that the camera and image quality in the new concert film, meanwhile, is crystal clear, such that you’ll find yourself pausing to marvel at times over how sharp everything looks. There’s also plenty of footage of the boys backstage, during costume changes and the like. As well as intimate shots close-up on stage, revealing details that concertgoers might have missed live.

If you have been waiting for the right time to try out Disney Plus, meanwhile? This might well be the perfect time to do so, especially if you’re a BTS fan. Disney is currently offering one month of Disney Plus for just $1.99. The discount is available for new and returning subscribers, by the way. That means, even if you canceled a subscription previously, you can still take advantage of this offer.

The promotion kicked off at 9 p.m. PT / 12 a.m. ET on Wednesday night and will last through Monday, September 19 at 11:59 pm PT. If you want to sign up, head over to the Disney Plus Day website and click on the big blue button on that page.

More Disney+ coverage: For more Disney+ news, check out our coverage of the best Disney+ movies to watch this month.