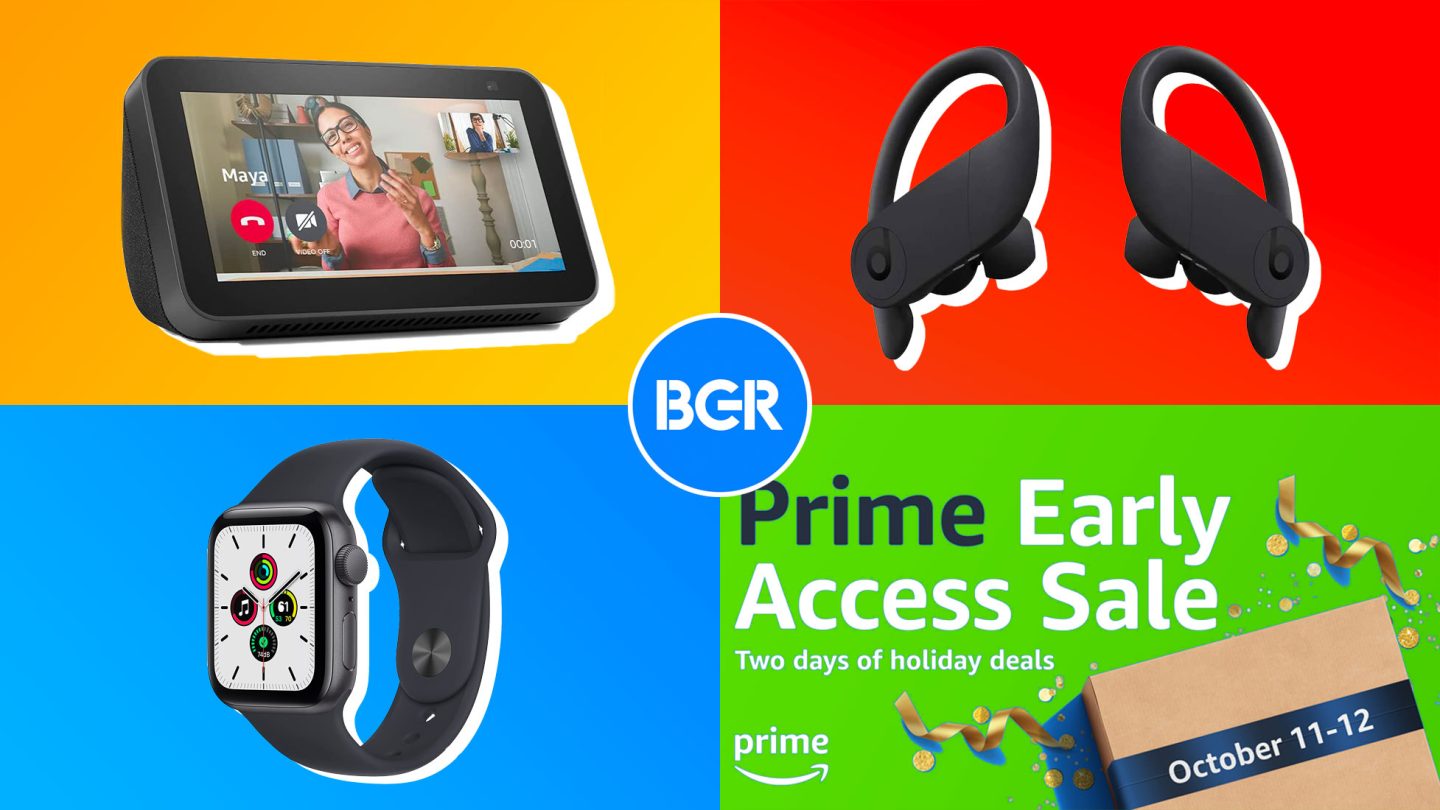 Amazon Prime Day 2022 arrived in a huge way. In fact, Amazon announced after the event that Prime members purchased more than 300 million items. But Amazon isn’t done just yet — in fact, the company is currently holding a second huge Prime-only shopping event, which it calls the Prime Early Access Sale. The sale is happening right now — so if you’re in the market for something, now is the time to buy.

UPDATE: Amazon’s big sale is now over… or is it?! Check out our roundup of all the best Prime Early Access Sale deals that Amazon forgot to end!

What does the sale offer early access to? According to Amazon, the deals you’ll see during this shopping event will rival the best deals you would otherwise get during the holiday season. So, you could take care of your holiday shopping early — or simply pick yourself up something nice. The event will be held on October 11 and 12 — so it’s happening right now, and will be over soon. In other words, if you’re in the market for something new, now is absolutely the time to buy.

We’ll keep you posted on everything you need to know about the second Prime event of the year. Here are the best Amazon Prime Early Access deals so far.

AirPods have been a massive hit since they launched, and for good reason. The 2nd-generation AirPods allow you to get that awesome Apple product integration, plus you can charge them by placing them right on a Qi charging pad. Easy.

The new AirPods Pro are better than the previous-generation in plenty of different ways. This deal may not bring them down that much lower than the normal price, but it is still the lowest price we’ve seen them at since they launched. 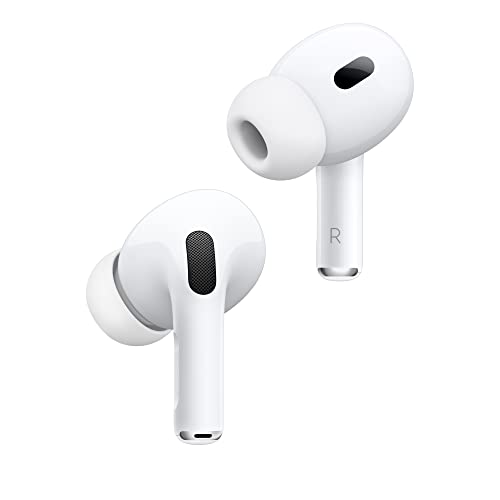 The 2020 iPad Air is the iPad to beat. Sure, the iPad Pro offers a few extra bits and pieces, but it’s also a whole lot more expensive. The iPad Air still offers a modern design, beautiful display, and more. It comes in a range of colors, plus it can offer cellular connectivity. 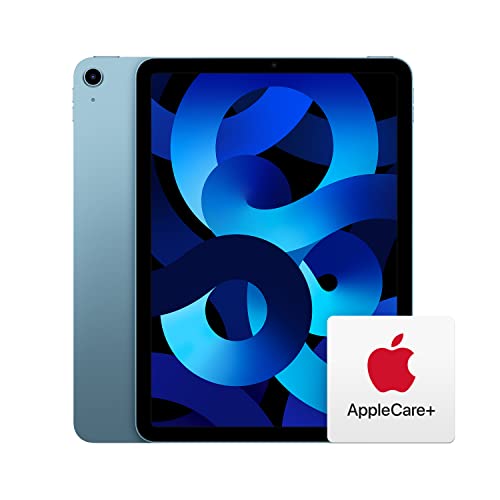 Looking for a great laptop that offers an incredible battery life and a super portable design. The M1 MacBook Air is the way to go. The laptop may not be the latest-generation model, but it still has plenty to offer — and is absolutely more than good enough for the majority of customers. 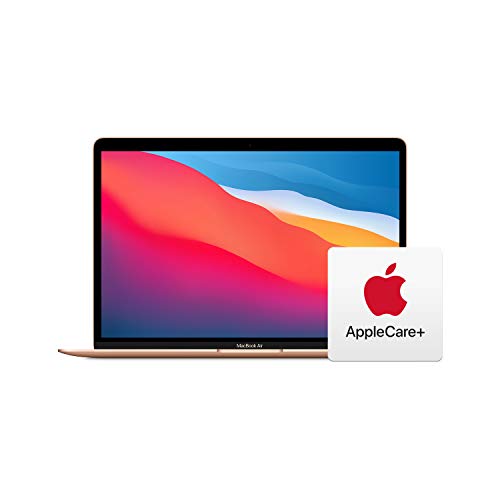 The 43-inch Amazon Fire TV Omni offers Amazon’s Fire TV operating system and a decent image quality at a pretty low price. For the Prime Early Access Sale, the TV is available for $330, down from $410. 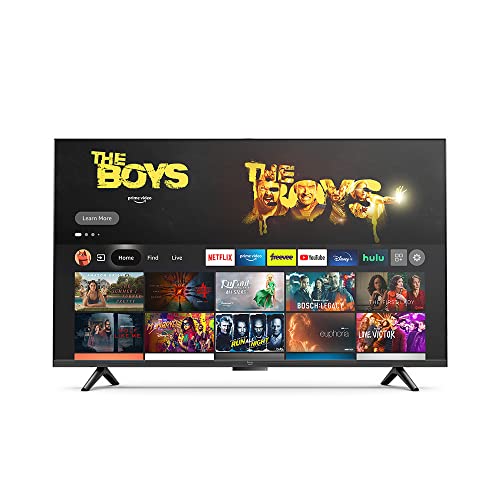 Want something a lot bigger than the 43-inch TV above? The Omni series comes in a range of sizes, and the 75-inch model is the biggest. It’s available at a pretty massive discount too. For this event, you can get the TV for $720, which is a huge discount from the original price of $1,050. 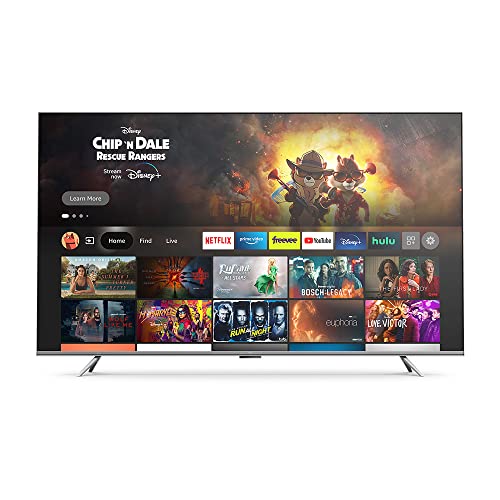 Want to make your home a little smarter? Amazon has announced deals on all kinds of smart home devices that can integrate with Alexa. Here are the best Prime Early Access smart home deals.

Want to make your older devices a little smarter? The Amazon Smart Plug is the way to go, offering integration with Alexa, and coming at a pretty low price. 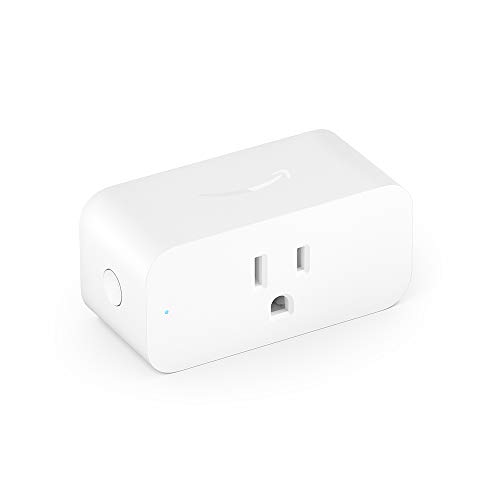 Monitoring air quality is always a good idea, and those who want to keep better tabs on the air quality should consider the Amazon Smart Air Quality Monitor. 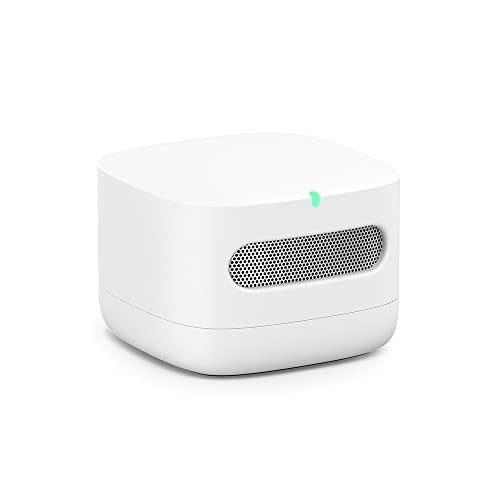 Looking for a great new pair of headphones? Good headphones can completely change how you listen to music and other audio. Here are the best headphone deals we could find.

AirPods are a great way to get a pair of easy to use headphones that work perfectly in Apple’s ecosystem. These headphones may be the last-generation model, but they still look good and sound decent, plus they support things like automatic switching, which is always helpful. 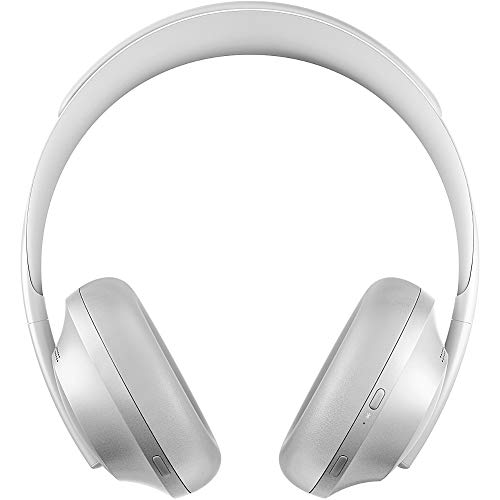 The Pixel phone series has been getting much better recently, with the launch of the new Pixel 6 Pro. The Pixel 6 Pro offers a Google-designed processor called Tensor, a better camera system and an all-new design. It’s a great phone, and while it was a little buggy at launch, it seems to have gotten past those issues. 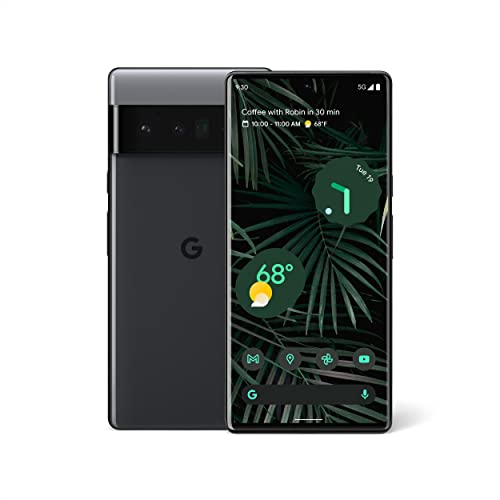 Perhaps you do want fully flagship specs in every way you can get, and in that case, it’s worth going for the Samsung Galaxy S22 Ultra. The Galaxy S22 Ultra has similar performance as the entry-level Galaxy S22, but steps up the display quality, camera, and adds a stylus, for a Galaxy Note-like experience. 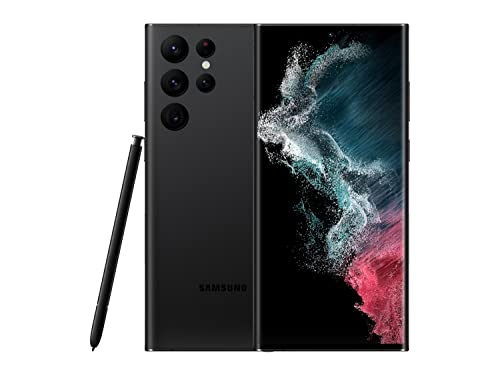 Want the cutting edge in smartphone technology? That’s where the Samsung Galaxy Z Fold 4 comes in, with two large displays, a high-end camera, and more. Normally, the Z Fold 4 is incredibly expensive, but right now it’s available at a solid discount. 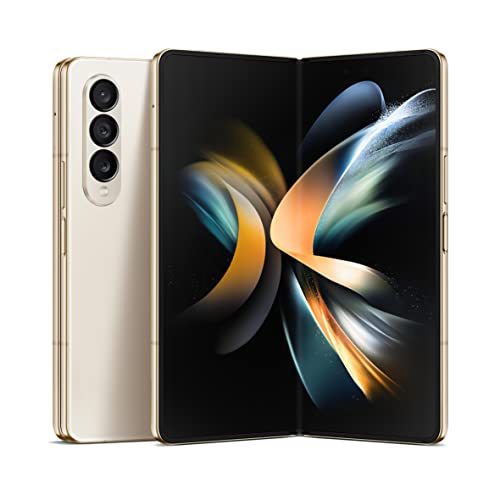 Looking for a new laptop? While we have yet to see if we’ll get any laptop deals for Prime Early Access, but there are still some great deals to consider, which you can see below.

There may be an M2 MacBook Air now, but the M1 model still has a lot to offer. For starters, it’s still easily powerful enough for most, plus it boasts an excellent battery life, and a lower price.

The HP Envy x360 is easily one of the better laptops out there. The device comes with a convertible design and solid performance under the hood, making it excellent for productivity. This particular model also comes with 512GB of storage, so there should be enough room for all of your files.

Looking for a Chromebook with a solid level of performance? In that case the Chromebook Flip C424 is worth considering. This Chromebook takes things to the next level with a 2-in-1 design, an Intel Core M3 processor, and a solid port selection along the edges.

The Amazon Echo is Amazon’s best smart speaker to date, boasting a solid audio quality and a ton of great features. 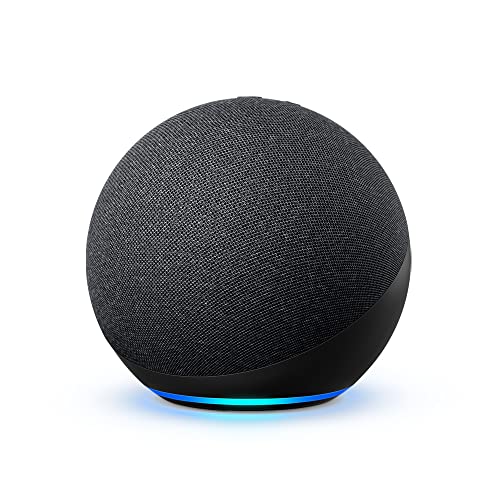 The Amazon Echo Show 5 is sure to be a hot seller for Prime Day, and Amazon is already setting the device on sale at only $34.99. That’s a big deal since it was listed at $84. 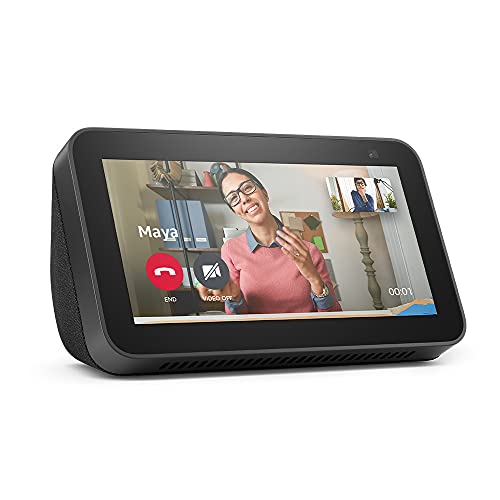 How to shop on Prime Day or Prime Early Access

If you’re looking for Prime Day or Prime Early Access deals, you will need to sign up for an Amazon Prime account. Amazon Prime membership is currently $14.99 per month or $139 per year. You can also start a free 30-day trial on Prime.

You’re only eligible for the free trial if you have not been a member in the past. If you do not wish to retain your membership after the sale, make sure you cancel before the one-month trial ends.

How to find the best Prime Day deals

When shopping for Prime Day or Prime Early Access, the most important rule is to price check whatever you’re buying. CamelCamelCamel is a website that can help out with this. It tracks price lows, so you’ll be able to see if the item you’re looking at was cheaper at some point than it is right now.

There’s also a Chrome extension called Camelizer, which you can install and click on anytime you want to look at the price history of a product. If you’re an Amazon Prime member and are shopping on Amazon.com, any big brand should be displaying the correct pricing.

Watch out for shady reviews.

You should always be on the lookout for fake reviews. Although Amazon has removed many bogus reviews from its website, there are so many that it’s become near-impossible for Amazon to keep up.

Fakespot can analyze the quality of reviews on any Amazon page and assign a letter grade indicating whether the product has mostly fake or real reviews. ReviewMeta is a similar site that looks for suspicious terminology or repeated phrases in reviews and offers a failing or passing grade.

Amazon and many of its 3rd party sellers are sitting on a stockpile of unsold items. As a result, you can find a fire sale on a range of off-season items and apparel during Amazon Prime Day 2022. It’s advisable to buy only things you actually need to avoid the trap of not-so-useful purchases.

Don’t be afraid of refurbished items.

If you’re looking to make huge savings, a refurbished item may be worth considering. Amazon tends to offer solid refurbished Apple Watch deals. There’s also an Amazon warehouse website listing deals on pre-owned, used, and open-box items. Keep in mind that most actual Prime deals will be on new items — so if you come across a refurbished item, it’s worth taking a quick look at how much it costs new.

Straight from the source, here’s what Amazon says about its second shopping event for the year.

Prime Early Access Sale gives members a chance to kick off the holiday shopping season early with hundreds of thousands of deals. As part of the new deals event, Amazon is introducing a Top 100 list of some of the season’s most popular and giftable items. New deals from the list will drop throughout the event, offering deep savings across all top categories, including electronics, fashion, home, kitchen, pets, toys, and Amazon devices. Holiday gift guides and Amazon’s Toys We Love list will also make it easier for Prime members to discover, shop, and save on deals this holiday season.

Is Prime Day once or twice a year?

Amazon Prime Day itself is still only once per year — but Amazon has announced a second Prime-exclusive sale, which it calls the Prime Early Access Sale. So, there are two Prime-themed events during 2022, but they have different names.

Yes! Not only does Amazon discount its products on these days, but plenty of other companies also get in on the fun too. Lots of things are cheaper on Amazon Prime Day, so it’s well worth taking advantage of the event.

Do other retailers have Prime Day deals?

Technically speaking, no. Prime Day is exclusively an Amazon event. However, many other large retailers may launch promotions of their own to take advantage of the huge online audiences around Prime Day and Prime Early Access.

Is Prime Day worth it?

Yes. If you’re in the market for a new device or product, then Prime Day is absolutely worth taking advantage of. You have to be an Amazon Prime member for these deals.

Do I need Prime for Prime Day?

Yes. You will need Amazon Prime to take full advantage of the Prime Day and Prime Early Access deals. Amazon Prime offers things like free two-day shipping, access to Prime Video, and more. It’s worth it for those who regularly shop on Amazon for the shipping alone. Amazon has discounts for some people too — like students.