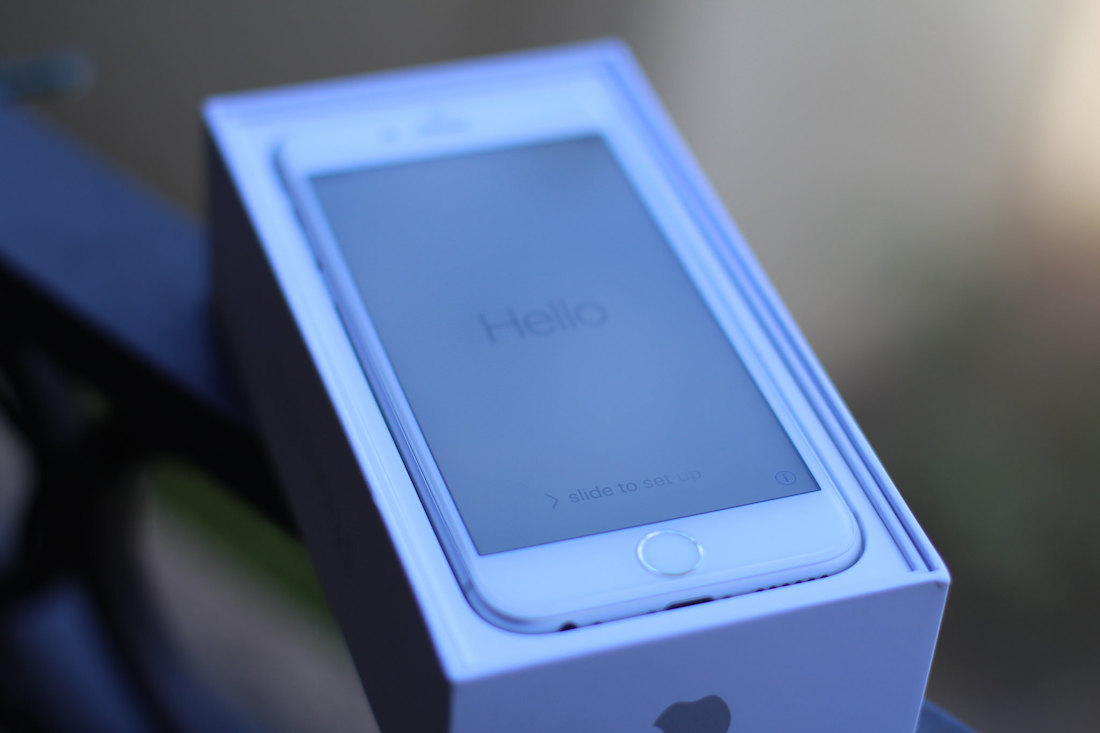 As is typically the case, the strength of Apple’s recent earnings report really depends on how you choose to prioritize the report’s more important data points. On one hand, for example, Apple just posted the most successful quarter in corporate history; $18.4 billion in profits on the back of a record-setting 74.8 million in iPhone sales. But on the other, iPhone sales year over year were practically flat.

Even more worrisome, for some investors, is that Apple next quarter will experience its first year over year iPhone sales decline in history. Hardly the subject of speculation sourced from obscure supply chain reports, word of an impending iPhone sales decline came straight from Tim Cook himself.

“We do think iPhone units will decline in the quarter,” Cook said during yesterday’s conference call. “We don’t think that they will decline to the levels you’ll talk about.

Naturally, many are taking news of next quarter’s iPhone sales decline as a sign that iPhone growth has finally hit a wall. For these folks, Apple’s iPhone story is being framed as a harsh reminder that any tech company perched at the top will inevitably take a hard and unforgiving tumble back down to reality.

Tim Cook, however, cautioned against rushing to judgement or drawing out any sweeping conclusions solely based on only one quarter’s worth of iPhone sales. On the horn with analysts yesterday, Cook offered up a reasonable and plausible explanation as to why iPhone sales during the current March quarter will experience an unprecedented decline.

In addition to dire economic conditions across all corners of the globe, Cook made a point of noting that iPhone sales during Apple’s second fiscal quarter last year were uncharacteristically high, thus setting an artificially high sales bar that can’t be matched a year later.

We see that Q2 is the toughest compare. We believe it’s the toughest compare because the year-ago quarter also had catchup in it from Q1; if you recall, we were heavily supply-constrained throughout the whole of Q1, and so some of that demand moved into Q2. Plus, we’re in an environment now that is dramatically different from a macroeconomic point of view than last Q2: from a currency point of view, from the level at which we’ve had to adjust pricing in several of these markets, and sort of the overall malaise in virtually every country in the world. It’s really all of those factors that play in there, and it’s difficult to sort out how much is due to which one.

As to Cook’s first point, a quick glance back at the news reminds us that it took Apple a good four months for iPhone 6 and 6 Plus supply to finally catch up to demand. Consequently, many prospective iPhone buyers eager to upgrade to Apple’s bigger iPhones had to hold off until the March 2015 quarter to pick up their shiny new devices. With no supply issues to speak of this year, Apple won’t be able to enjoy a similar shift in iPhone demand during its March 2016 quarter.

While Apple critics will undoubtedly be quick to color such claims as excuses, remember that the iPhone 6 and 6 Plus, with their gargantuan screens and new form factors, marked completely new territory for Apple. As a result, the yields on iPhone 6 and iPhone 6 Plus displays last year were uncharacteristically low, paving the way for a monster March 2015 quarter. Indeed, is it any surprise that Apple in the year-ago quarter saw year over year iPhone sales increase by an astounding 40%?

So is the sky falling? Is the iPhone era officially on its way out? Hardly.

Looking ahead, we have new 4-inch iPhone 5se on the radar that actually looks quite compelling. And following that, of course, we have the iPhone 7. No question, iPhone sales will eventually experience a sequential decline, it’s just too premature to declare that era has already begun based on one solitary data point.

One final point to keep in mind: Tim Cook also added (per Jason Snell’s live blog) that the “number of people who had an iPhone prior to the iPhone 6 and 6 Plus announcements that have not yet upgraded is now 60%.”

Translation? The iPhone 7 may very well usher in the biggest iPhone refresh cycle in history.