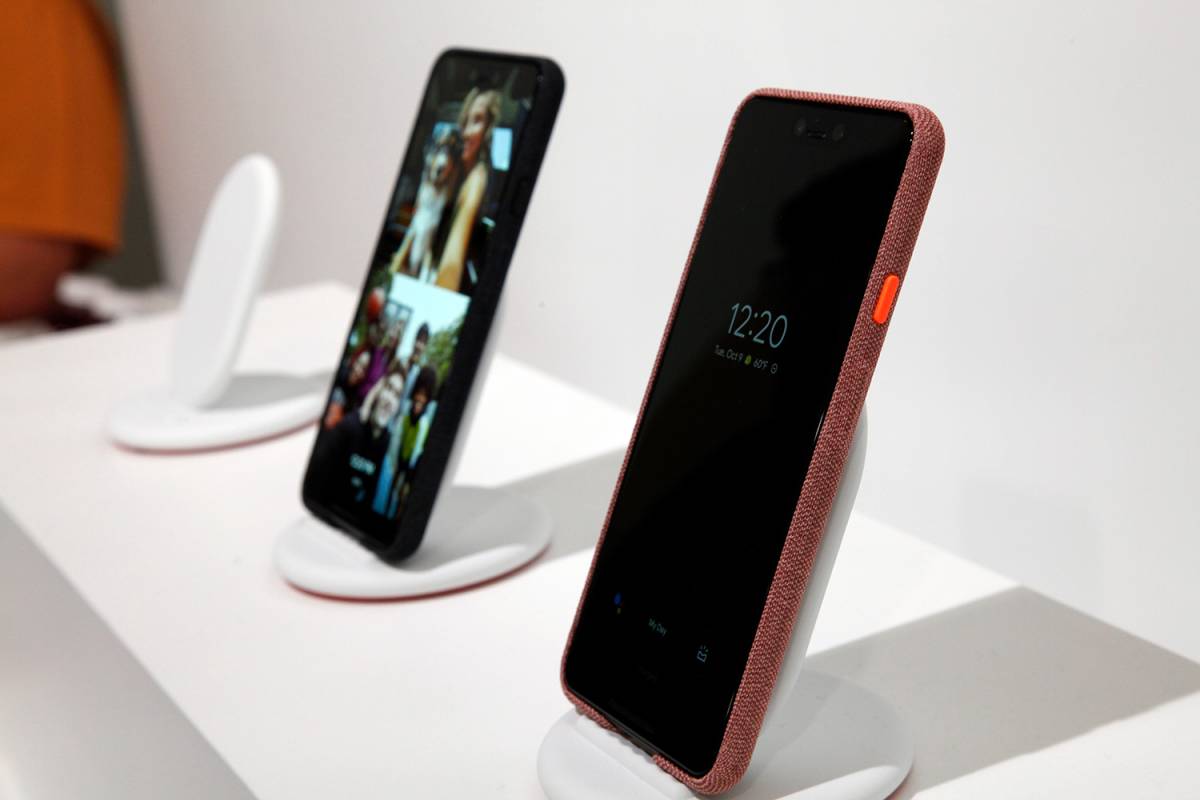 Google earlier this week made a big deal about its previous Pixel phones, right before unveiling the Pixel 3 and all the other new hardware it developed this year. Google insisted on how great the Pixel 2 camera is and how the phone has gotten better over time. But the company never told us how many Pixel phones it sold to date. Of course, we know that Google has never managed to sell very many Pixel phones compared to the competition, and the Pixel 3 isn’t likely to help.

Rick Osterloh & Co. may not have shared any sales numbers on stage, but because of the way the whole Android universe works, we can make a pretty good estimate. First of all, we’ll remind you that back in February, an IDC estimate told us that Google hasn’t sold that many Pixel phones:

#GooglePixel shipments continue to grow, but they still represent a tiny portion of the smartphone market pic.twitter.com/W6FVZlYOlC

That estimate includes the original Pixel phones and the Pixel 2 phones that launched last October. We’ll also remind you that the original Pixels generated a lot of interest from buyers. But Google, after more than seven years of selling Nexus and Pixel phones, still wasn’t able to make enough units to meet demand.

As we got closer to the Pixel 3 event, it became evident that Google hasn’t improved very much when it comes to selling Pixel phones. Let’s take a look at the Android distribution graph for late September/early October:

There’s absolutely no Android 9.0 Pie in it. This is the second such Android distribution graph that Google has offered since Pie was released in early August. By late September, all those Pixel buyers out there had plenty of time to upgrade. And it’s likely that most people who chose Pixel phones are in it for the fast access to Android upgrades, so they’d update their devices as soon as the final release is available.

But which Google devices can run Pie? Well, this is the first year when only Pixel phones are supported. The list includes Pixel, Pixel XL, Pixel 2, and Pixel 2 XL — Pixel 3 phones also ship with Pie on board, but they’re irrelevant for the stats above. Comparatively, in early October 2017 Oreo appeared in Google’s graph with a 0.2% share. Oreo launched on August 21st last year, but failed to make a dent in the early September Android distribution stats. And yes, the Nexus 5x and Nexus 6p were both supported.

Google notes that its graphs do not include “any versions with less than 0.1% distribution.” That means that Pie installations, mostly on Pixel and Pixel 2 phones right now, account for less than 0.1% of the market that Google measures. Mind you, the data only accounts for devices that visit the Google Play Store in the week prior to its release, which rules out most of the entire Chinese Android market since Google services aren’t available in China.

So how big is the market then? Google back at I/O 2017 said that it had registered more than 2 billion monthly active devices, a major milestone for the company. Google has not provided an updated number since then, so it’s unlikely we’ve reached another major new milestone. And it’s likely the changes aren’t significant. Google is still the king of mobile when it comes to OS market share, but things haven’t changed that much.

With that in mind, 0.1% out of 2 billion comes to 2 million. Let’s assume that Google has up to 2.5 billion active monthly Android users. In that case, 0.1% would go up to up to 2.5 million. Of course, those are theoretical maximum values for that 0.1%, based on the assumption that all the Android users in the world can connect to the Play store and did so during the seven-day period ending September 28th, which of course isn’t the case.

The conclusion seems to be that Google just can’t sell Pixels. Google must have sold well over 2 million Pixel and Pixel 2 units combined. But that graph seems to indicate that there aren’t enough Pixel devices out there to appear in Google’s Android stats for developers. Or that not enough Pixel users have visited the Google Play Store to make an impact. Or maybe Pixel users aren’t keen on upgrading to Pie more than two months after its release… but considering most Pixel buyers are likely savvy Android fans who want the latest software the instant it’s available, that seems unlikely.

Whatever the case, this is probably the first time when Android’s distribution numbers reflect the Pixel’s sales performance. And things aren’t looking good for Google’s hardware plans.

Moreover, I think that the Pixel 3 won’t do Google much good, even if it’s getting a wider global launch than its predecessors. For starters, the Pixel 3 is hardly exciting. You don’t hear ordinary people getting excited about Pixel phones compared to iPhones or Galaxy handsets. Also, the Pixel 3 is a lot more boring than other “boring” phones this year, and it’s uglier than competing phones — the XL’s notch is also undoubtedly the ugliest notch of all the notches.

On top of everything else, we have at least two Android phones launching this month that could steal buyers from the Pixel 3 series, including the affordable OnePlus 6T and the Huawei Mate 20 Pro, which might prove to be the most exciting Android phone of the year. Let’s not forget that the Pixel 3 and its 2018 specs will have to compete against all the hot Android handsets launching in early 2019, including novel designs like Samsung’s foldable Galaxy phone. And finally, the iPhone XR is coming next week. It costs just as much as the Pixel 3 and packs performance Google can only dream of.