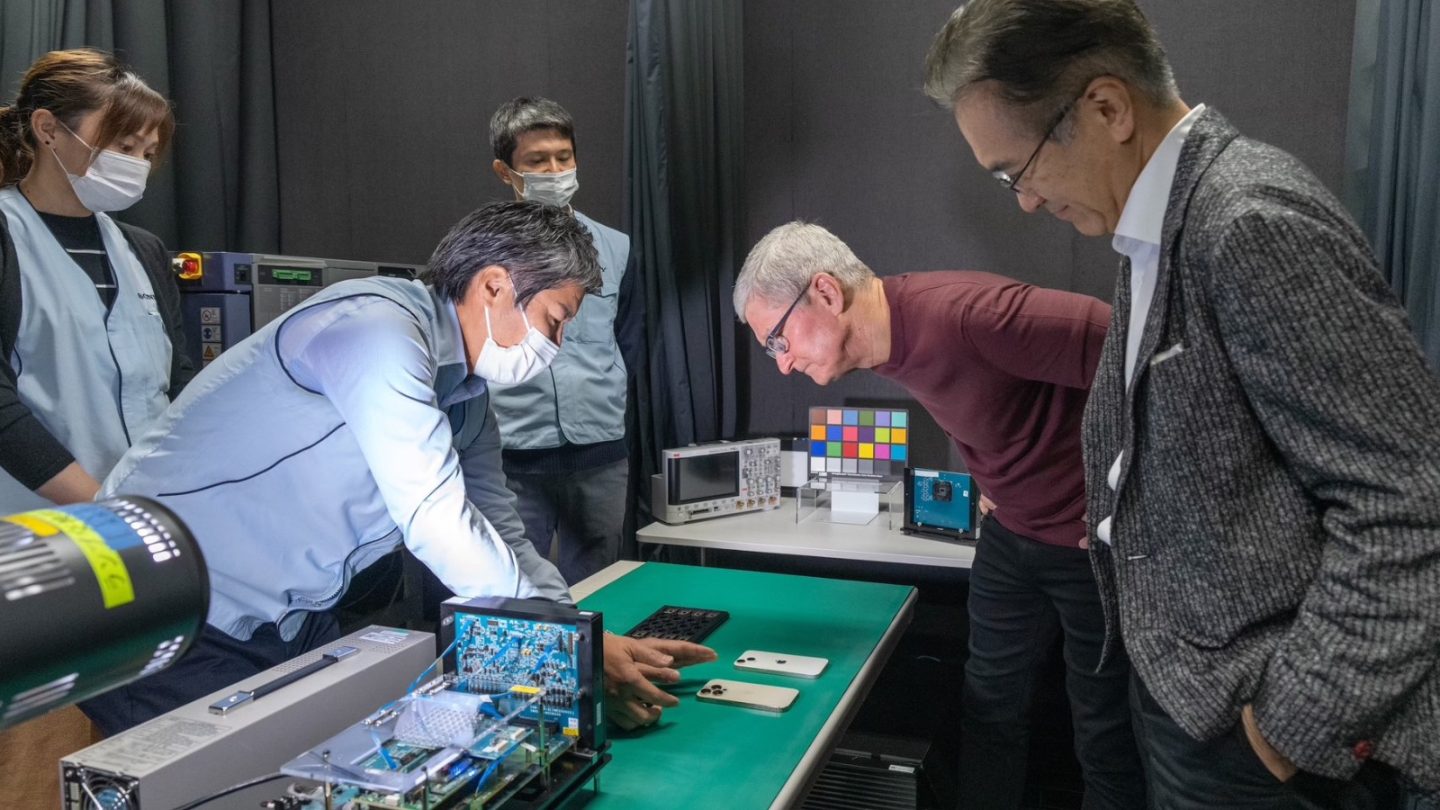 After a Eurotour a few months ago, Apple’s CEO Tim Cook is now traveling through Japan. While the Cupertino firm executive is visiting Apple retail stores and iOS developers, Cook also took the chance to thank Sony for over a decade of partnership “to create the world’s leading camera sensors for iPhone” during a visit to the cutting-edge facility in Kumamoto.

We’ve been partnering with Sony for over a decade to create the world’s leading camera sensors for iPhone. Thanks to Ken and everyone on the team for showing me around the cutting-edge facility in Kumamoto today.

While Apple usually doesn’t disclose that it uses a Samsung panel, TSMC chip technology, or camera sensors by Sony, it’s interesting to see Cook’s taking this approach. A report from Nikkei Asia recently showed that Apple would use Sony’s “state of the art” image sensors for the new iPhone 15 models.

Reuters gives a few more tidbits about Tim Cook’s Japan trip, as the publication got a statement by the Cupertino firm saying it has invested more than $100 billion in its Japanese supply network over the last five years.

In a statement, Apple said it had boosted its spending on suppliers in Japan by more than 30% since 2019, with a network spanning nearly 1,000 companies, from multi-nationals to family-run businesses.

In addition, Apple expected that 29 Japanese suppliers will convert to renewable energy for Apple-related businesses by 2030, including Sony, Murata, Fujijkura, and more.

This trip is also important as Apple is diversifying its supply chain. After lockdown issues in China, the company is pushing TSMC and other manufacturers to build factories outside the country. Taiwan Semiconductor Manufacturing, for example, is constructing a plant in Kumamoto province, as Tim Cook visited the prefecture on Monday.

BGR will keep following Cook’s trip to Japan and report once we learn more about it.