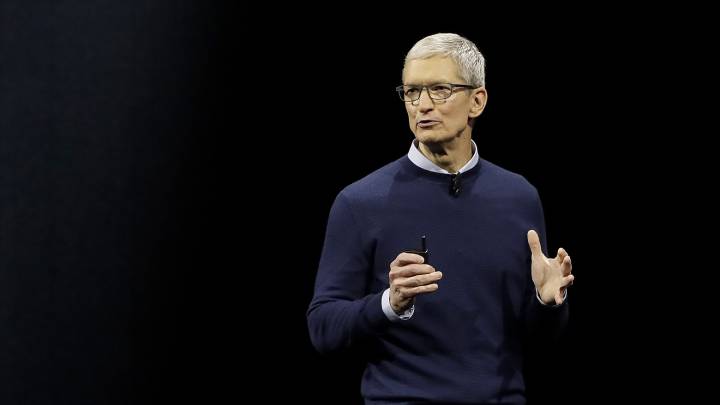 As CEO of one of the most important companies in tech, it’s Tim Cook’s job to be excited about all the products Apple makes, products that he has to sell to millions of users. But I don’t think I’ve ever heard him get so excited about an Apple product as the newly announced augmented reality (AR) support that’s coming with iOS 11, and that’s expected to be a spotlight feature on the iPhone 8.

“I think it is profound,” he said in an interview. “I am so excited about, I just want to yell out and scream.”

That’s actually the first thing Cook said when asked about AR and the company’s future during a Bloomberg Businessweek interview. And how could he not be excited? After all, he knows everything about what Apple is doing in the AR field, and many of those things weren’t even confirmed on stage last week. But the first step, integrating AR support directly into iOS 11, is official.

“The first step in making it a mainstream kind of experience is to put it in the operating system,” he said/ “We’re building it into iOS 11, opening it to ­developers — and unleashing the creativity of millions of people. Even we can’t predict what’s going to come out.”

Cook also hinted that some of the AR-related things Apple is working on aren’t even possible right now because the technology is not ready yet.

“Can we do everything we want to do now?” he asked. “No. The technology’s not complete yet. But that’s the beauty to a certain degree. This has a runway. And it’s an incredible runway. It’s time to put the seat belt on and go. When people begin to see what’s possible, it’s going to get them very excited—like we are, like we’ve been.”

Cook’s full interview is available at this link, and it’s worth a read.