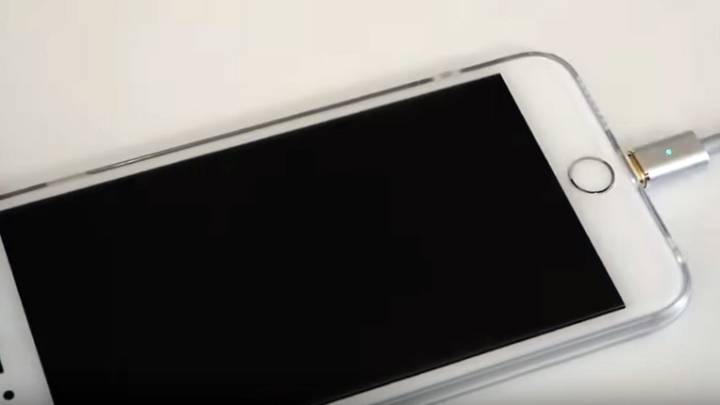 Apple’s latest laptop is the Retina MacBook. While its design is sleek and slim, it does away with one of the more nifty features that Apple’s MacBook lineup has become known for over the years. The magnetic MagSafe charger connection is a brilliant way to power a laptop, replacing standard plugs and ports with a magnetic connection that separates with ease in the event that someone steps on your cable.

This great tech never made its way to Apple’s mobile devices, and it probably never will — at least, not officially.

A MagSafe connector on the iPhone would be great for so many reasons. It would protect the device from spills just like it does on the MacBook Air and MacBook Pro (until Apple eliminates those, too), and it obviously makes connecting cables and accessories much easier. It would also allow Apple to build a waterproof iPhone more easily, which users would certainly appreciate.

Let’s take a look at this quick video that was taken from a China-based accessory maker and reposted by 9to5Mac to see what we’re all missing:

The first half of the video is just the accessory maker having a little fun, but the second half shows us what it would be like to use an iPhone with a MagSafe connector. In a nutshell, it would be awesome.

Of note, there are plenty of Chinese companies that sell magnetic charger adapters like the one in this video. Here’s one on Amazon that’s inexpensive and well-reviewed. It’s just as cool as it looks in the video but there are two things you should be aware of. First, you can’t use these accessories as data cables — they only charge. And second, the protruding magnetic adapter tip might not fit with some protective iPhone cases.